I use align* often and sometimes it is preferable to add text to the right hand side of an equation instead of using \intertext, or \shortintertext, which tends to interrupt the math flow. This is pretty straightforward using \text{}, except if the text is longer than the amount of space available. In this case I use a \parbox and tweak the width of it until it fits, as in the first set of equations: 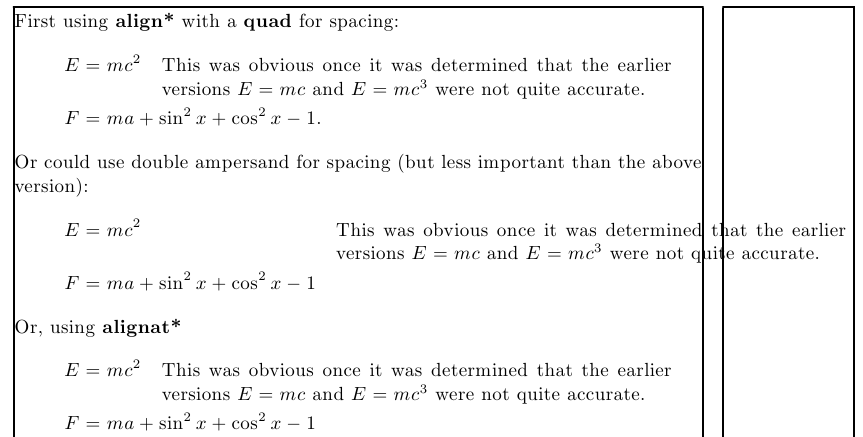 However, I am wondering if there is a way to define the \RemainingSpace macro below as some \dimexpr expression so that it computes the amount of horizontal space that is available to the \parbox?

Or, is there a better way to do this? I realize a tabularx solution would work, but align is really preferable when it comes to equations.

takes a couple of runs: 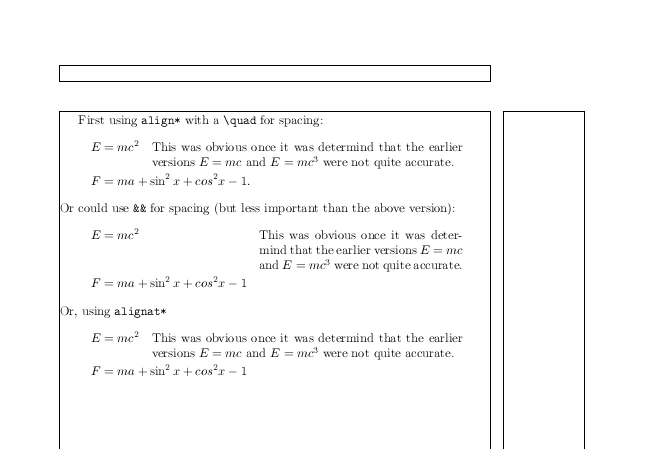 The package linegoal and its \linegoal macro produce —after two compilations—the correct output. But they throws errors and warnings, probably due to how amsmath’s environments process their contents.

egreg saved me from going through answers and code and provided the \ifmeasuring@ conditional from amsmath.

I have defined a \Note macro that hides the text from the measuring. Sadly, this does not work for the && version of align* as amsmath needs to know the width to align the columns correctly.

I have therefore provided a starred version of \Note that does the same as before, still producing warnings and errors.

Note that I have included the \quad in the un-starred version of \Note. 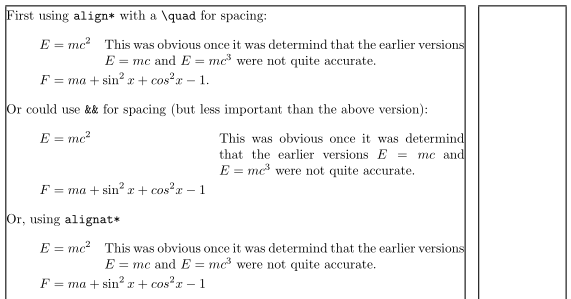 Not the answer you're looking for? Browse other questions tagged spacing horizontal-alignment amsmath align lengths or ask your own question.

18
Footnote in align environment
6
How to split text within align
4
How can I create a box which extends to the end of the line?
4
Typeset a number with many digits in the align environment