Parsing a \$ as part of an improved \getargs command

As the author of stringstrings, I am acutely aware of its slowness. For small tasks, that slowness can be annoying. For larger tasks, it can be prohibitive.

Recently, in using data column as "axis" in table with pgfplotstable, I proposed a solution, using the \getargs command (of the stringstrings package) as part of the solution on how to read and store a 2-D array for future use (\getargs will parse an argument into individual words). That solution envisioned a syntax such as

for reading lists of data into, for example, 4 columns, and identifying the arrays by unique identifiers such as arA, arB, etc., so that, when later building a tabular, one could use

So I tried to rewrite a fast version of \getargs (call it\getargsFAST), from a completely different angle, using a streamlined recursion, rather than the exhaustive \if\else\fi approach that allows stringsstrings to handle extended character sets. I understand and accept that the two versions will not act exactly alike. I figured that an array of data (for which \getargsFAST is designed) would contain mostly numbers, maybe some words (for units or cases) and (for financial folks) the dollar sign \$. And it's the dollar sign that is confounding me at present.

I've tried various things, but can't get \getargsFAST to process \$ as part of the input data. Is there an fix apparent to those well versed in lower-level TeX, which I am not.

Here is the routine, as part of an example, and its output. Note: I did not use \$ in the input, because then I wouldn't have any output to post for you. 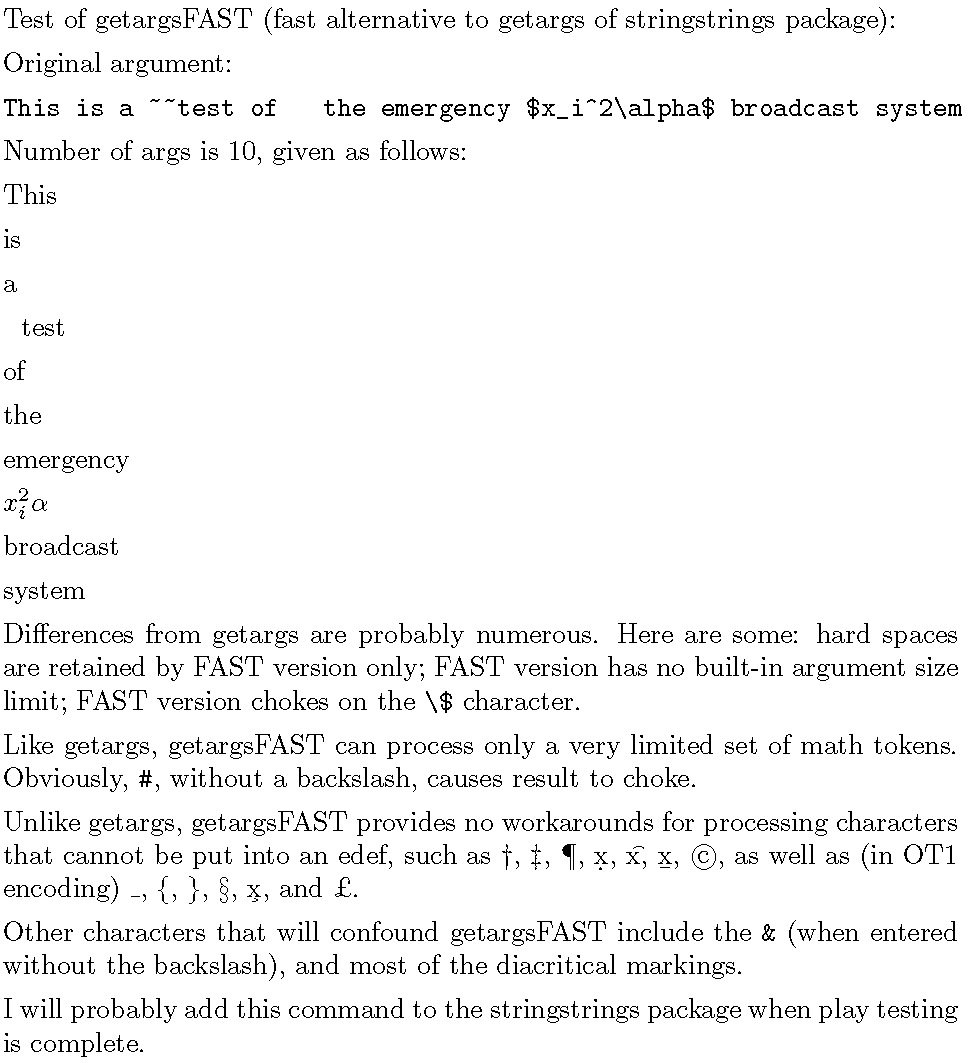 There is nothing special about \$ here, just that you should never apply \edef to arbitrary user supplied input in LaTeX. It is only safe to use that if the tokens involved are under your control. Using \protected@edef things work out as I assume you intended.

Not the answer you're looking for? Browse other questions tagged arrays parsing or ask your own question.