I am defining a submolecule in chemfig (2,2'-bipyridine) and I want to show the lone pair of electrons on both the Nitrogens. (For those who care, I wish to show a coordination bond between the lone pairs and a metal but that's the next question!)

I have defined the submolecule and when I display it rotated the positioning of the lone pairs does not rotate as the \lewis command uses absolute positions rather than relative positions.

Is it possible to have relative lewis positions which can allow for rotation of the full molecule? (I attach nodes to the Ns so I can draw dative bonds from them at a later stage...) 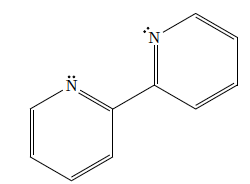 Here is an imperfect idea. The current angle of the arriving bond at an atom is available through \CF@current@angle. The proposal below uses it to compute the position of the lone pair. 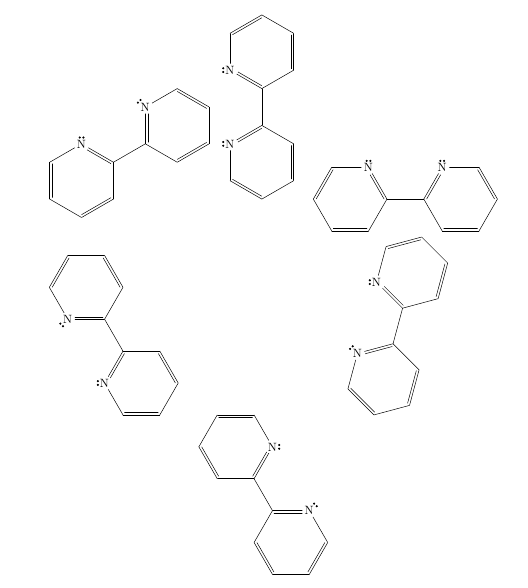 Not the answer you're looking for? Browse other questions tagged tikz-pgf positioning chemfig or ask your own question.