Automatically assign a number to every paragraph

I would like to add a marginal number (don't know the right term; in german „Randnummer“) to every paragraph of text I write. I don't see any other solution, than to write every single number manually with \marginpar. This is impossible, especially when you write longer texts. Does anyone know a good solution?

This image shows what I'd like to achieve. (from: grundrechteforum.de) 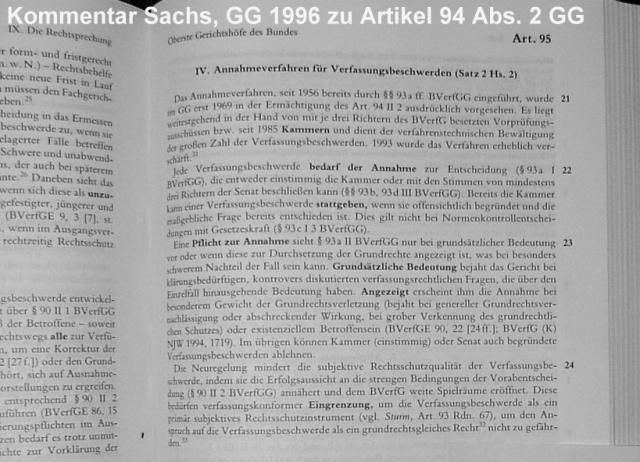 I don't think that overriding \everypar would give you the result that you want (at least not with changing a lot of other commands that also produce \pars in places that you don't want to have numbered).

An easy solution, that does however involve typing three additional characters per paragraph is to define a small command (say \p) that inserts a marginpar with the counter. In that way you can easily specify which paragraphs you want to have numbered. For example:

Alternatively, you can keep the definition of \everypar local by creating an environment:

Keep in mind that inside the parnumbers environment you shouldn't use any complicated formatting (like lists or such).

As noted in another answer \everypar is used for multiple things in the LaTeX core. It's often redefined in one lexical scope or another, so using it for this might work, but you'd be fighting special cases all the way, which means it probably wouldn't be robust. If you do manage to get that to work, though (I may be pessimistic here), I'd like to see that.

If I recall correctly, a per-paragraph hook is useful enough that I think there's to be support for it in LaTeX 3, but that won't help just now, obviously.

When I've had to do a similar thing, I've just defined a simple macro which I invoke at the beginning of each paragraph:

This isn't ideal, as the comment notes, but it's worked for me, and been more fully adequate than I expected, so I've never been driven to improve it. Having an explicit \p macro to call isn't as neat as having it happen automatically, but it means I never get a paragraph being numbered gratuitously.

The \ifodd test is likely to fail near the tops of pages. The TeX FAQ explains the problem and points to possible solutions.

Edited to add an even/odd distinction.

I don't think that hacking \everypar is really a good idea, as it might break all sorts of other things. It seems to me you need explicit markup for paragraphs. Here's an example using the titlesec package.

This is set up to put the numbers in the outer margins in a two-sided document (which would be normal for a book.)

and the same for outer par numbers in twoside mode 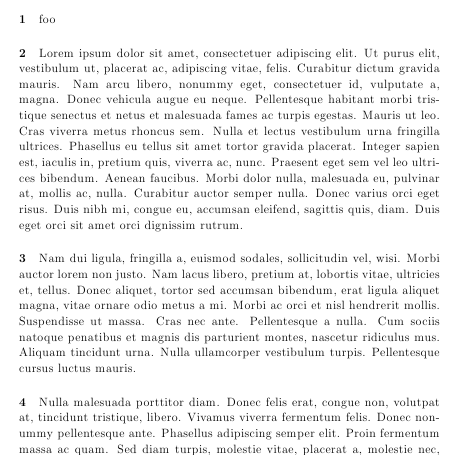 Here's another answer along the lines of putting the paragraphs in an environment. 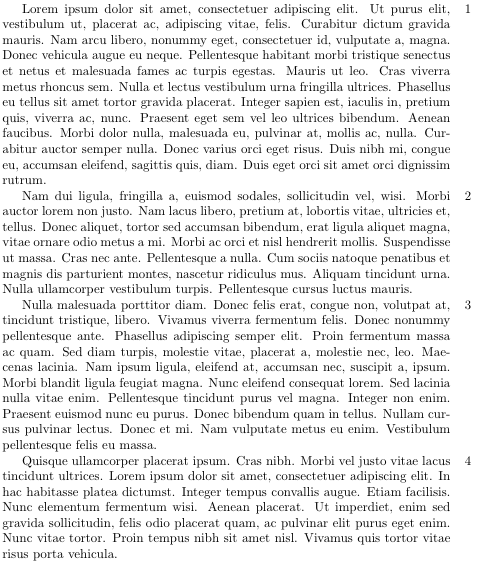 The \everypar-"hook" could be used I suppose. But I have a sneaking suspicion there might be issues.

FWIW, ConTeXt has a built-in command \setupparagraphnumbering to enable numering of paragraphs. It works correctly with section titles. 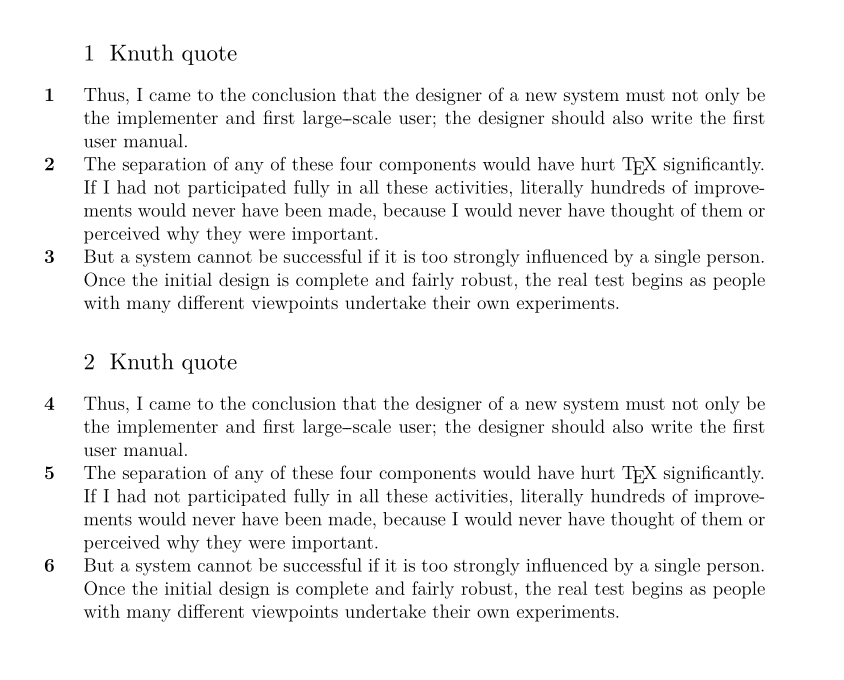 If you want to restart the counting in every environment, add a line to the end of environment.

The whole codes are here:

There is also a class called jurabook in German to achieve numbered paragraphs easily.

Not the answer you're looking for? Browse other questions tagged numbering paragraphs or ask your own question.

16
Numbering paragraphs in latex
15
Extended draft mode which includes source information for manual print-out to source synchronisation
10
Changing the hyperref target for back references in biblatex bibliography
4
Font and Style considerations for business reporting
11
Adding something automatically to every paragraph in an environment
5
Automatic Paragraph Numbers (\everypar only for paragraphs and not for \section and so on)
5
Numbered paragraphs without using \paragraph
6
How to wrap a `\newcommand*` into a multi-paragraph environment?
5
How can I synchronize page-breaking text across columns?
3
Paragraph numbering
See more linked questions

11
Adding something automatically to every paragraph in an environment
5
Automatic Paragraph Numbers (\everypar only for paragraphs and not for \section and so on)
5
Numbered paragraphs without using \paragraph
9
Execute command at every *end* of a paragraph?
1
Generate a list of paragraph and page number for specific labels
5
How to find out the number of lines in a paragraph for \hangafter
1
Find the line number inside a vbox (at end of paragraph), and change the behavior of a macro that follows next
2
Latex numbering paragraphs - solution
0
How to automatically linebreak a (small) inline math formula?