How to draw graphs

Maybe this question should not be here, but for me it seems the only way to get the answer! My questions are:

There are many ways to draw diagrams with computers.

Hand-drawn diagrams can be converted to digital ones by

Using a search engine you can find many "raster to vector" converters.

If you have some background with the terminal/command line, then I would suggest the following tools.

Perhaps an overkill for many people, but how about python with numpy/scipy. And how about sage which is also built on top of python?

gnuplot is also a powerful free and open source graphing utility that can be used as a standalone application or with LaTeX packages pgfplots and tkz-fct. You can search this site for examples. For instance, the post: pgfplots: post-processing data created with gnuplot

R is a free and open source statistical software that is also widely used. It even has Sweave and knit-r packages just for running R commands in a TeX document. There have also been several examples in this site about these packages.

When I was using Windows, I remember also to have used winplot for simple graphs.

Most standalone graphics software has the ability to export into picture files. These can then be included in your LaTeX document with the \includegraphics command. For LaTeX graphing packages like pgfplots which is built on top of tikz on the other hand, you can write the code directly into your .tex document.

I forgot to mention Scilab, which is also a free alternative to Matlab.

If you are looking for something to draw graphs in Graph Theory, you might want to look at tkz-berge which is also built on top of tikz. Here is an example from the manual. 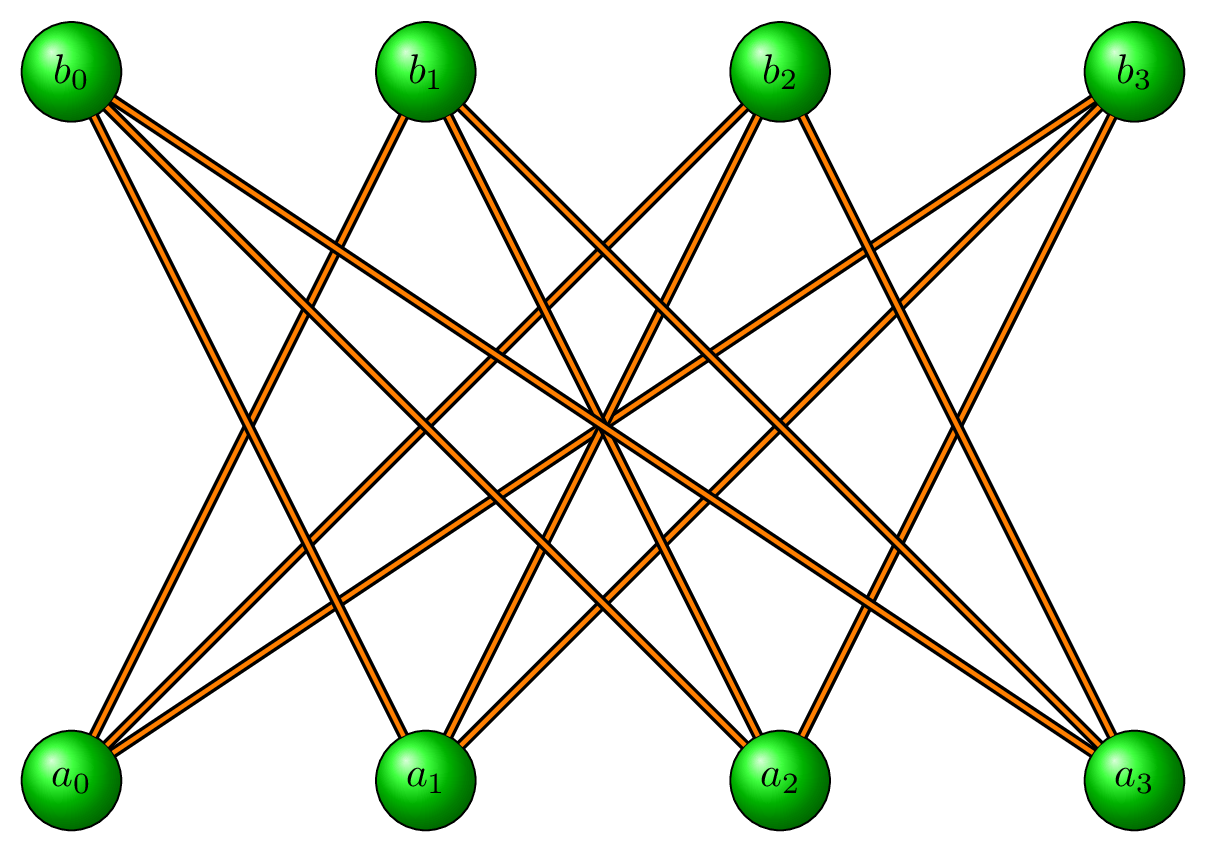 Check out the TikZ/PGF package. You can find plenty of examples at www.texample.net, and the package manual can be found here, and contains a very comprehensive introduction.

There is also the pstricks package. But personally I like TikZ better because you can directly compile the code with pdflatex.

I'm not aware of any program that can digitize hand-drawn pictures. Even if there is, like the ones that convert hand-written equations to LaTeX codes, I suspect that its output cannot have the same quality as those produced by a plotting program.

Not the answer you're looking for? Browse other questions tagged graphics or ask your own question.

142
What GUI applications are there to assist in generating graphics for TeX?
124
What graphics packages are there for creating graphics in LaTeX documents?
38
Why draw diagrams using LaTeX when there are open source tools like OpenOffice?
8
pgfplots: post-processing data created with gnuplot

2
how to set the canvas and font size in TikZ?
3
Pdflatex on file with large amount of pictures
1
Chemistry: Experimental page with Chemfig, tikz, chemnum
1
What package and how can draw these kind of graphs