What is the difference between the hyphen-like characters #45 and #127 from the T1 encoding?

What is the difference between the symbols with decimal indices #45 and #127 from the T1 encoding? Character #45 seems to be the ordinary hyphen, but what about #127? The en-dash and em-dash are at positions #21 and #22, respectively.

This excellent answer to my question about which ligatures are contained in a font drew my attention to this matter. According to it, TeX will build a "ligature" that looks like a hyphen (presumably either #45 or #127) out of the character sequence #45-#127. (Why does it do that?)

Character 127 (hexadecimal "7F) is a "protruding hyphen", as is easily proved by the following test document.

Here is the output 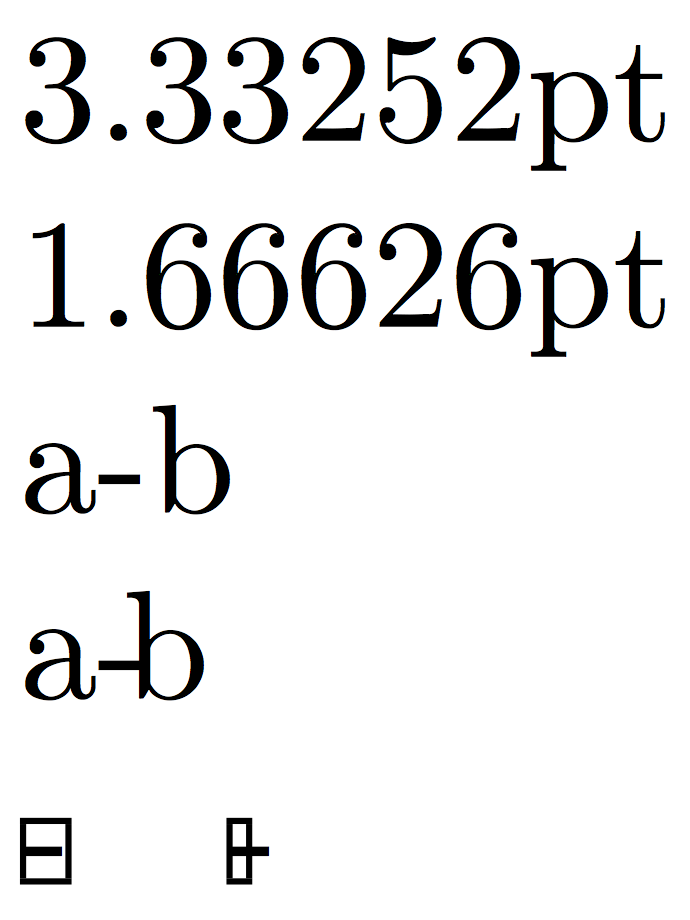 The last point is realized by the second ligature

pertaining to character "octal 55" (that is, decimal 45 and hexadecimal "2D), which is shown in the last bit of the example. The log file reports

This character was included in the T1 encoding when microtypographical features were not even dreamt of (1990); as far as I know, it has never been really exploited. See M. Ferguson's article on TUGboat for more information.

Not the answer you're looking for? Browse other questions tagged symbols punctuation font-encodings or ask your own question.

15
Which ligatures do the fonts used in my document offer?