Why are bra and ket defined in the official package braket.sty in two different ways (\bra, \Bra and \ket, \Ket)?

I do not understand why there exists the command \bra with non-scalable delimiters. For stylistic reasons, I intuitively used the capital letter versions. Were you ever confronted with the second non-scalable version?

See the short example for bra:

Understanding of the package's definition

For amsmath noobs like myself, the last two lines in the align environment review what \mathinner does (if you look at the braket.sty's package source code). The package defined the commands the following way:

The macros with uppercase initial are "self-expanding" based on the contents, as the documentation says. Just like it's not good to always use \left and \right, it's also good to choose with care between \Bra and \bra.

As far as the additional spacing is concerned, a solution is to load mleftright: 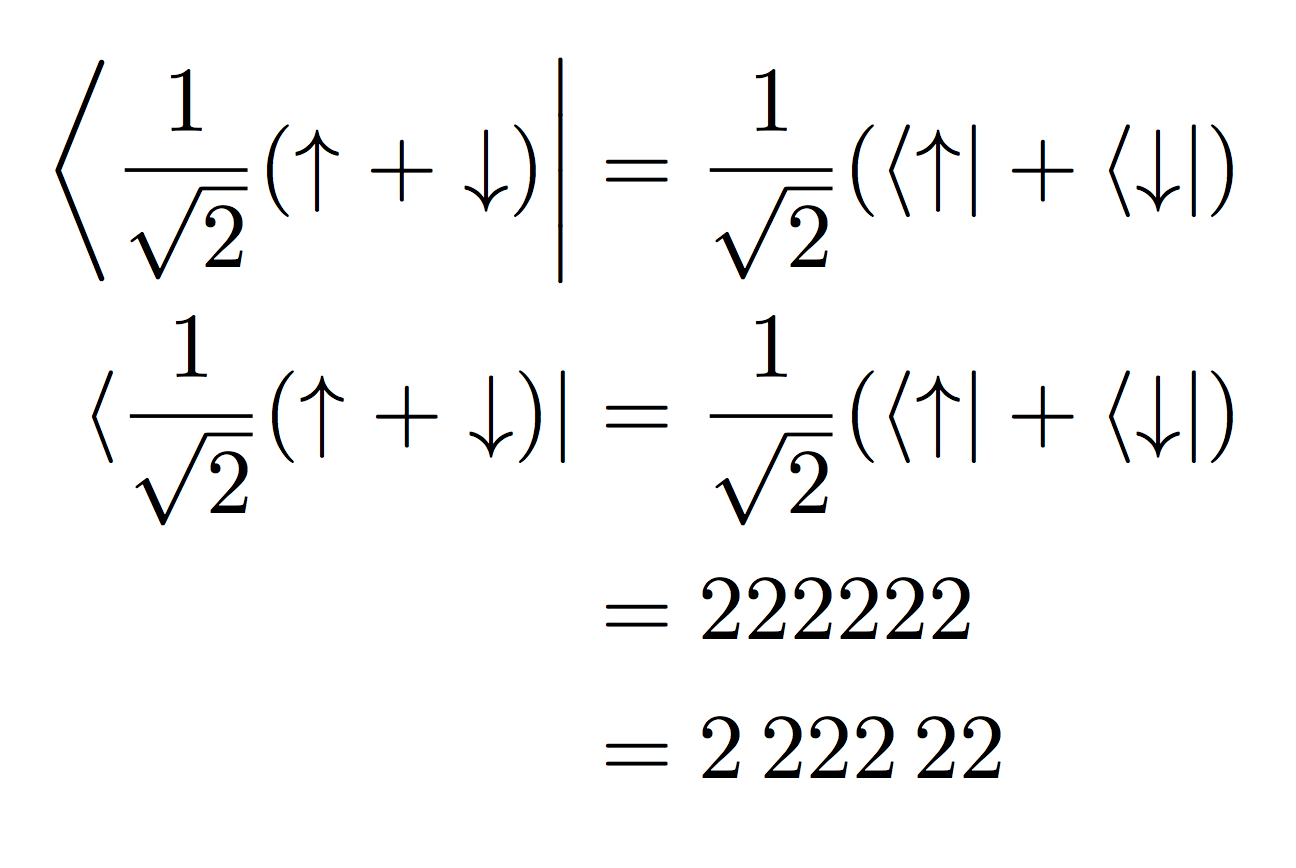 Generically speaking the \left<delim> ... \right<delim> are used to fit the height of the content with expandable delimiters, chosen to by higher than all parts of the content.

But it is well-known that this choice often produce too large (tall) delimiters, and must be avoided for aesthetic reasons (and resulting typographic rules), as tactfully said by egreg and as exemplified by Aditya's comment. It's better practice to keep the delimiters height as small as possible, provided they ensure good readability.

That is why I don't use braket.sty but my own .sty based on \big and \Big, and some trick related to old-fashion \def with e.g. for the bras:

and I would code the example discussed here:

the result of which, is IMO, better looking than the braket.sty result as coded by strpeter and posted by egreg.

Not the answer you're looking for? Browse other questions tagged math-mode braket or ask your own question.

31
Defining a new function with argument in LaTeX environment