Are there two different versions of the \mathcal{F} character?

Notice that the top horizontal line of the F curves down on the left much more in version 1 than it does in version 2.

Which of these is the preferred \mathcal{F}? I know that some of the calligraphic capital letters were improved at one point, but I don't know which version is the improved one.

The final version of Computer Modern's mathcal F is the second one. To see it, you can compile with metafont the file cmsy10.mf (located in [texmf]/fonts/source/public/cm/; be sure you have the latest version). Here is the result, after conversion in dvi format with gftodvi: 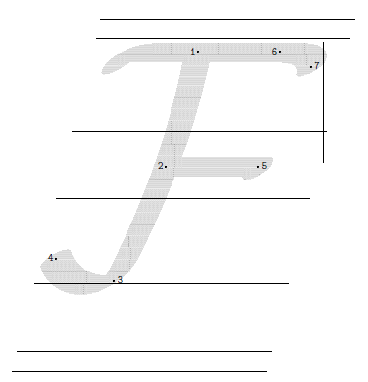 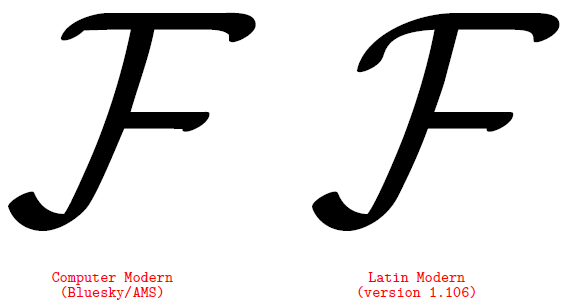 This means that if you use a recent TeX distribution, you should always have the final version ofthe mathcal F.

As an aside, my version of Computer Modern Typefaces, although recent, still shows the old version: 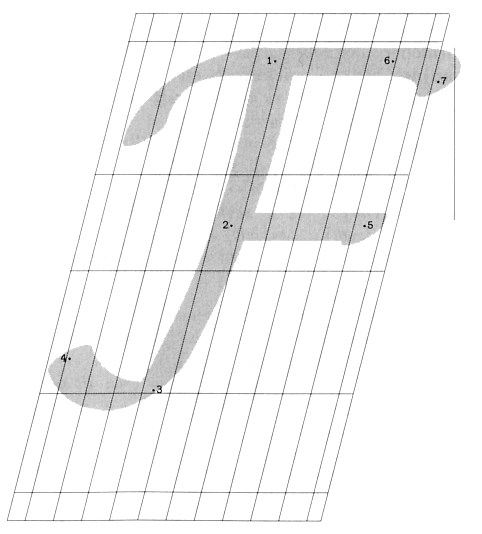 To more directly answer your question: Including the command \usepackage{eucal} changes the \mathcal command so that it will produce the curlier one; omitting that package will make \mathcal produce the less curly one.

Not the answer you're looking for? Browse other questions tagged fonts computer-modern tex-history mathcal or ask your own question.