I would like to number lines every 5 lines, save the first line in each scene. This is what I have so far:

Just for clarification, I am using \usepackage[lnps]{dramatist}. 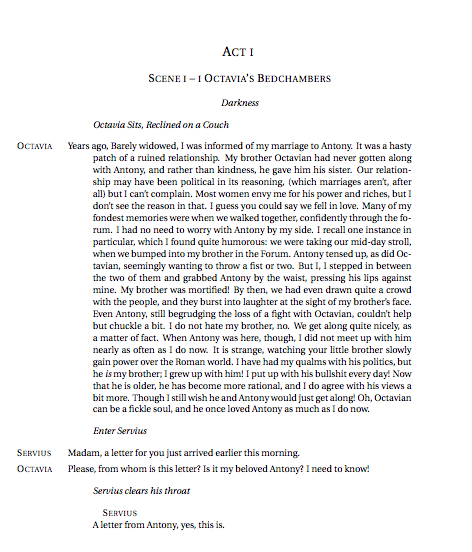 line-numbering dramatist
Share
Improve this question
edited May 12, 2013 at 0:14

Inside the drama environment, the lnps and lnpa options for numbering have no effect. To get the numbering, you can use the lineno package, with \modulolinenumbers[5] to get numbering each five lines; you can activate the numbering invokink \linenumbers (or some other form of the numbering command offered by the package); you can also control the positioning of the numbers; a little example with your current settings: 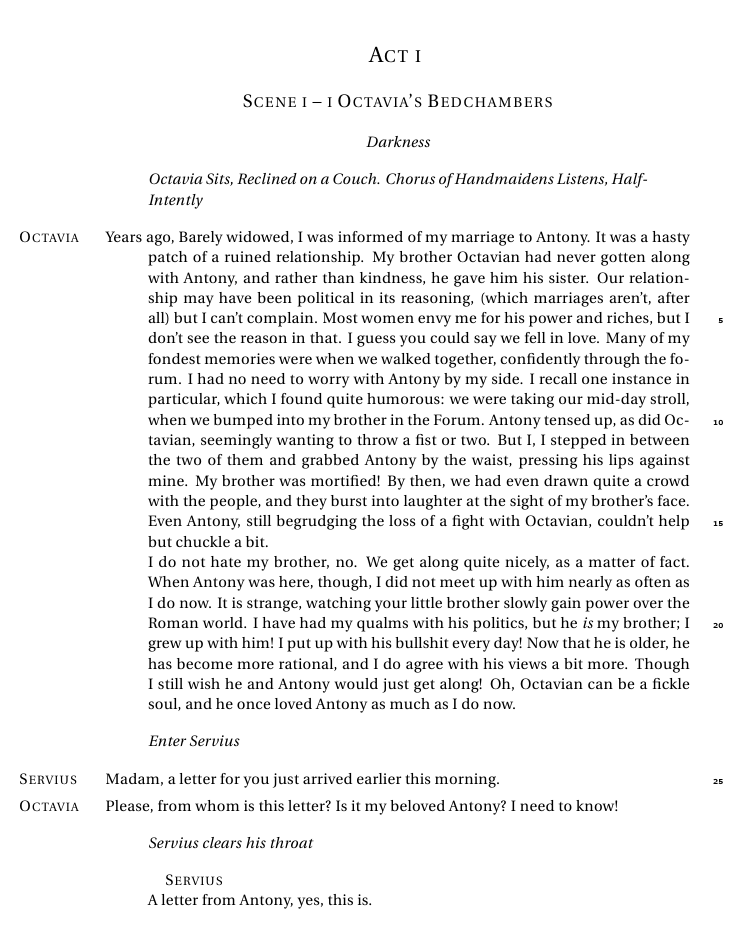 Not the answer you're looking for? Browse other questions tagged line-numbering dramatist or ask your own question.

9
Justification when using the dramatist package
5
Numbering not every line with lineno
5
Dramatist package putting speaker in different places when mixing prose and verse
1
How can dramatist verse speech prefixes be put on the same line as speeches?
1
How to change the color of \StageDir in Dramatist?
3
dramatist can't make \act and \DramPer work
3
Changing character font style in dramatist
2
how to lay out cast of characters using dramatist?