Draw an aircraft with Tikz

I want to draw a plane using the Tikz tool. You will find, attached, a screenshot. 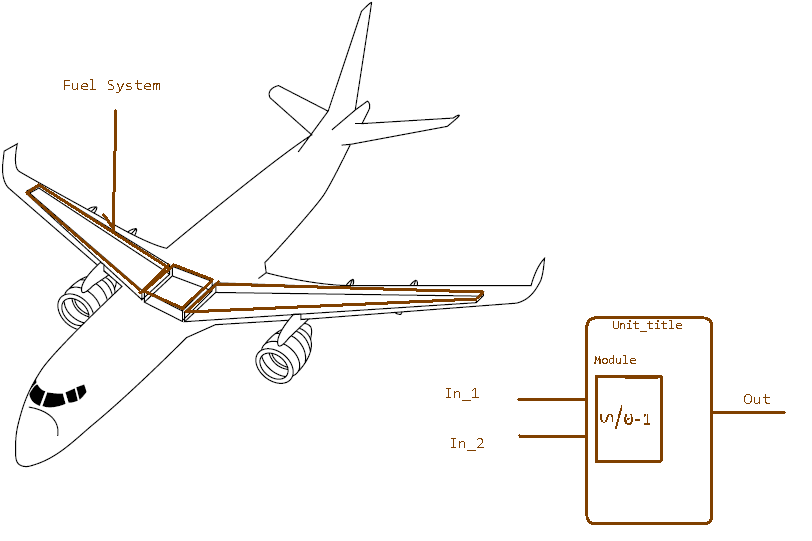 It was suggested in chat

That picture mode would be the ideal tool for the job here: 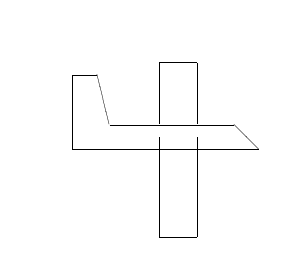 I would politely discourage anyone from drawing extremely technical drawings like this one using pure LaTeX (TikZ or PStricks). Here I'm actually referencing abstract/non-mathematical drawings, including an airplane with Rolls-Royce Trent 1000 engines. Why?

Well, there are many other applications that you can use and easily export to a graphics format that can be included into your document using \includegraphics from graphicx.

For example, searching the Google Sketchup 3D Warehouse for airplane gives you detailed 3D models of everything from a Boeing: 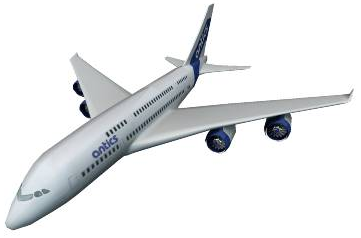 to a paper airplane (on graphing paper!): 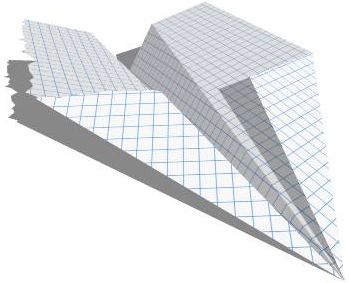 to a vintage toy wooden airplane: 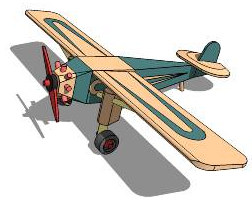 Another 3D graphic tools, Sketch:3D Scene Description Translator not to be confused with google sketchup draws two- or three-dimensional solid objects and scenes by describing them in a tiny input language. Sketch emits PSTricks or TikZ/PGF code and allows embedding arbitrary LaTeX code for labeling and any other purpose the user can imagine. A novel feature allows LaTeX objects to be positioned with respect to 3d points in the scene. More details have a look at Italian document titled "Illustrazioni tridimensionali A con Sketch/LaTeX/PSTricks/Tikz nella didattica della Dinamica del Volo by A De Marco" at arstexnica no 4, Oct 2007. Some more related examples/hints by author

Figure 8(a) in above article 3D Illustrations using sketch of aircraft: 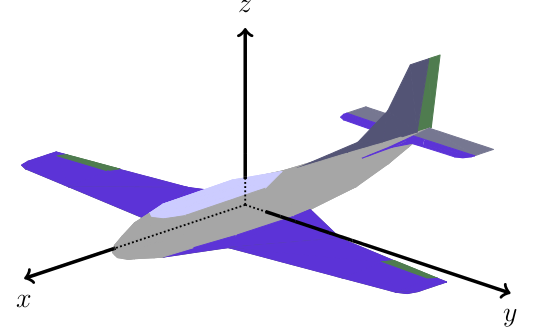 Similarly, OpenClipArt provides SVG images in abundance (sometimes more cartoon-like though), including many for airplanes. These can be converted to TikZ images using Inkscape.

Printing any of these to PDF if no other means exist (again, using free software like PDF Creator print driver or otherwise) gives you a scalable vector graphics image which you can then use to overlay your annotations using techniques described in Drawing on an image with TikZ.

(I tried to include the code here, but it was too large.) 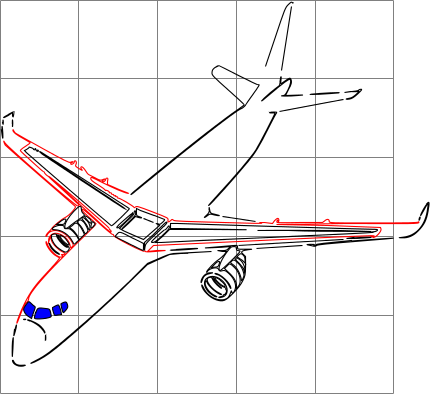 You can then edit the code, clean it up, shorten it, etc.

Edit: I took the original .png image, deleted some irrelevant parts, and use potrace to get a vectorized version. That step would not be necessary if the original already was in a vector format. Then I use pstoedit to convert it to an editable format. At least the version of pstoedit on my computer does not do conversion to tikz, but metapost uses very similar syntax for path specifications, so I converted to metapost and eddited by hand.

Then I went through the file, adding color attributes to individual path to be able to locate which one is which, and, with a help of an overlayed grid, editted at least some of the paths. The editing could be carried much further, but as an example I feel this is sufficient. It is a tedious process, but IMHO it would be less work than creating the whole drawing from scratch in tikz.

As it is, it really did not take long, I had to interrupt the work several times, but altogether it took perhaps 30 minutes or so. 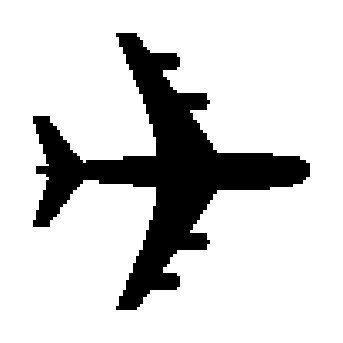 Responding to the requested animation:

How to enjoy it? Imagine that you are dropped from a plane.

An example, from pgfplots gallery:

fontawesome now offers a scalable alternative to the symbol from bbding, offering both an aeroplane symbol proper and two versions of a paper aeroplane.

And the font even scales correctly when compiled with pdfTeX. If you have problems with scaling make sure your TeX distribution is current as an earlier version was buggy in a way which affecting scaling with pdfTeX (but not Xe/LuaTeX).

The next revolution in aviation:

Not the answer you're looking for? Browse other questions tagged tikz-pgf 3d technical-drawing or ask your own question.

854
Showcase of beautiful typography done in TeX & friends
196
Showcase TeX Typography for TUG's Calendar
455
Drawing on an image with TikZ
18
Cross Multiplying Two Fractions with Ovals Around the Appropriate Terms
28
How to show off TeX skills with a TeX-typeset CV?
15
Animate an airplane in Beamer
24
Best Drawing software for engineering/scientific illustrations with LaTeX?
18
Creating custom mathematical symbols
3
How to draw a diagram with arrows?
7
How can I create simple 3D models?
See more linked questions

18
Draw a closed liquid-droped shaped curve with TikZ
21
How to draw a 3D hexagonal structure with TikZ?
7
Draw bivariate normal distribution in x-z plane
5
Beginner: Drawing using Tikz
2
How to draw this figure in tikz?
3
Drawing a plane in tikz in 3D with a sine wave
7
TiKZ: How to define new 2D canvas
2
Draw discontinued field using Tikz