How to avoid printing the algorithm number in algorithm captions?

I am getting the resulting algorithm to be 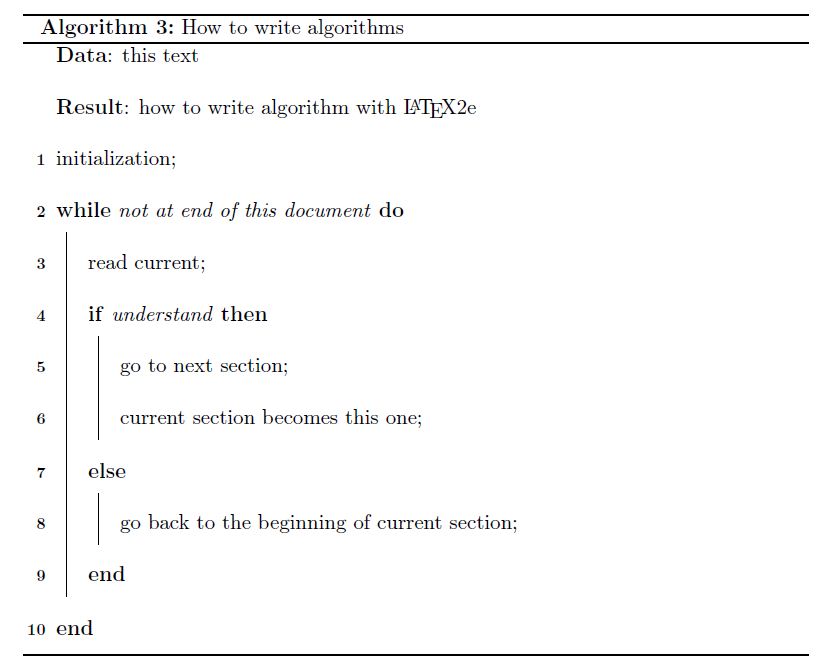 captions algorithms algorithm2e
Share
Improve this question
edited May 18, 2013 at 8:28

If you're willing to use \TitleOfAlgo instead (which, for algorithms, is more flexible than \caption in many ways), then see John Wickerson's answer.

Otherwise, if you really want to use \caption but remove algorithm numbering, simply insert \renewcommand{\thealgocf}{} in your preamble. 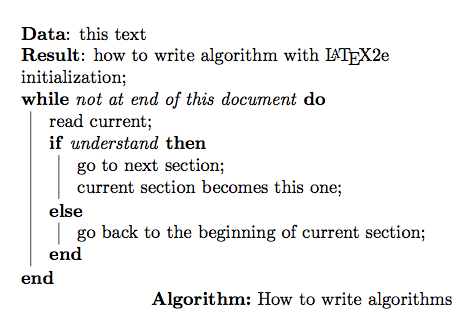 As texenthusiast has pointed out in a comment below, you should use

This makes algorithms not numbered by default. If you change your mind and want the algorithms to be numbered again, you should set the option titlenumbered option when you load the algorithm2e package. (titlenotnumbered is the default.) That is,

For more details, see page 20 of the package documentation.

Not the answer you're looking for? Browse other questions tagged captions algorithms algorithm2e or ask your own question.