Chris Pearson makes a number of claims in his article Secret Symphony: The Ultimate Guide to Readable Web Typography, which I find fascinating, and I would like to know: are the formulas he proposes applicable and useful when using TeX?

Specifically, Pearson asserts that there is a relationship between the font height (or x-height), line height and line width whereby using the golden ratio one can with two of the above calculate preferable variables for displaying text on the web for improved appearance and reading.

I thought the article was fascinating and well written, and though I am not qualified to comment on the merits I also found the criticisms and comments to support a well thought out methodology on the hypothesis (utilization of the golden ratio to lay out text).

Pearson even put together a web-site to calculate the relevant Cascading Style Sheet variables.

Pearson has posited the following equations:

(1) for calculating the line-height:

(2) for calculating the line width:

where h is the font height, w is the line width, l is the line height, and φ is the golden ratio.

Pearson then goes on to state:

Golden Ratio Typography can be used to fine tune the typography of any medium!

Are the above formulas applicable and useful when using TeX? Insofar as this is a useful methodology for determining the relationship between line width, line height and font height, can it be applied to TeX and if so how?

There are some apparent considerations in the article because it caters to presentation on the web and which considerations are not relevant to typesetting with TeX, notably with respect to the need to round line height and other variables on the web, and the need to use font-height because x-height is unavailable. Are there others?

(I made the mistake of reading the article ...)

I've never read any Official Source on typography. Obviously, as a TeX practitioner (and one-time amateur calligrapher) I'm interested in typography but my knowledge is zero and therefore my typographic wisdom is based entirely on "I know what I like when I see it". I am, however, a professional mathematician.

The first segment builds up to the claim:

The mathematical proportions of your typography are vitally important to how readers perceive both your site and your content.

Even as a mathematician I'd consider the use of "vitally" to be hyperbolic in nature. However, we'll let that pass for now.

The second segment introduces font size, line height, and line width. After discussing them a bit, the author says:

This leads to an important conclusion: As font sizes increase, line heights must also increase in order to maintain the geometric proportions of a paragraph. In other words:

Now to say that x and y are proportionally related means x is a multiple of y. That's a lot stronger than saying "as x goes up so does y". The latter simply means that each is an increasing function of the other but there are a lot more increasing functions than just linear. As any good TikZer knows, you don't want things to always scale linearly - see the section on arrows (74.1.2 in PGF v2.10).

(The relationship that I would expect here is that it is the separation between the lines that is the one to focus on and I would anticipate some sort of logarithmic relationship.)

The line width gets a similar treatment but with the weaker conclusion:

For any font size, the line height must increase as the line width increases.

Now we come to the crux of the matter, the assertion:

When nature needs a proportion to relate things and to provide order on any scale, it tends to use the golden ratio.

Now, the golden ratio does appear to crop up a lot "in nature". I'm not going to go into why that is (though there's a lot of interesting reading essentially saying that it turns up because we look for it: if a constant appears somewhere between 1.6 and 1.7, the error is probably sufficiently large that declaring it to be the golden ratio is as good an answer as any other). But this isn't about nature, it's about aesthetics and as for aesthetics then "Most people prefer it" is actually a reasonable starting point. In fact, I'd far rather the author had said "I did some tests and people quite liked the golden ratio one" than trying to justify it based on "nature". (For another read on the aesthetics of the golden ratio, take a look at https://photo.stackexchange.com/q/8965/1422 on the Photography sister site.)

So there is no justification for using the golden ratio other than "[the author] quite likes it". But that's fair enough. Let's take that as an axiom rather than a proposition.

With that axiom and the axiom of proportionality, the assertion that the line height should be 1.618 times the font size is a reasonable conclusion. Then we get to the assertion about line width:

With the help of basic mathematical modeling, you can make an educated guess that the relationship between the optimal line height and line width is exponential. Here’s the simplest equation to express that: w = l^2

What is intriguing here is the statement "basic mathematical modeling [sic]". What mathematical modelling? Well, we have to do a bit of guesswork here. In the comments when queried about the square rule, the author links to http://dropshado.ws/post/12971305087/webkit-zoomed-out-font-size-threshold. In the follow-up article (http://www.pearsonified.com/2012/01/characters-per-line.php) there is a similar graphic.

Now the first thing you learn in a maths degree is to ask: "What are the axes?". They are fascinating here. The x-axis is linear but the y-axis is not! Roughly speaking, the y-axis puts the value n at height n + (n-1) + (n-2) + ... + 1 (modulo the fact that it doesn't start exactly at 0). This is because the line corresponding to font size n is stacked on top of the line corresponding to font size n-1, and if you imagine a stack of boxes where the nth box is of height n then the nth box is at position n + (n-1) + (n-2) + ... (depending on exactly where you put the mark on the box then the first term might vary). There's a formula for this. This sum is n(n+1)/2. And this is roughly n^2. So the graph ends up plotting n against n^2 (modulo some constant of proportionality) and all that is being observed is that If you take the same box and scale everything proportionally, everything scales proportionally..

So the "mathematical model" is misinterpreted.

Now it would be tempting to say that the actual relationship between line width and font size is proportional. But the problem with this is that the "model" is the following:

"Take a scalable font, typeset a sentence in that font at varying font sizes (with no line breaks). Measure the resulting line widths."

The key here is that as the font is scalable, everything simply gets scaled linearly. So it is no wonder that a linear relationship is found.

The formulae arrived at so far can be used to determine any two of the quantities from the third. The final section deals with the situation where you know two of the quantities and want to optimise the third. There is no derivation of the formulae, but they look a bit like first-term Taylor approximations. But however it is derived, the point is that (in the opinion of the author) these are not the optimal equations to use. These are only to be used if there are some other constraints (say, the width of the page). So these are, in fact, a red herring.

Let's sum up. We have the axioms:

As I've hopefully made clear, the second deduction w = l^2 is dubious. And moreover the first axiom is actually a deduction from the statement:

As font sizes increase, line heights must also increase in order to maintain the geometric proportions of a paragraph.

which is likewise a dubious deduction.

So in answer to your actual question:

Are the above formulas applicable and useful when using TeX?

I would answer a flat No. The author is correct in pointing out that there are a variety of quantities under our control and that we ought to be aware of them. But TeX already gives us ways to control these variables via the fontsize, the \baselineskip (and \lineskip), and \textwidth. Indeed, the LaTeX command \fontsize takes two arguments since the relationship between fontsize and lineheight (aka baselineskip) is not assumed to be linear.

Far better is to experiment with these values for yourself and test them on people to see which provide a reasonable reading experience.

Inspired by morbusg's answer, here's some code for playing around with what this golden ratio looks like. As well as comparing different font sizes, it's also worth comparing the same font size but for different fonts. The geometry package is because at 20pt, the line width is quite large.

It is very important to note that the formulas in the question are like that because:

There’s one little problem here, though: The web isn’t nearly as precise as these equations.

You see, web designers are constrained to using integer values for things like font size, line height, and line width (this will be the case until sub-pixel rendering becomes a reality).

With TeX, we don't need those "correction" equations.

Here is my try (plain-XeTeX), but note I couldn't make TeX perform some calculations (hopefully I understood correctly): 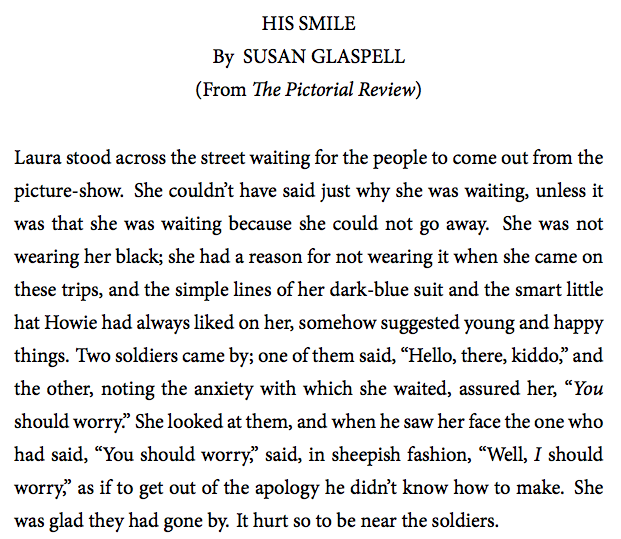 Not the answer you're looking for? Browse other questions tagged fonts typography scaling calculations dimensions or ask your own question.

7
How to define a macro that uses image width and height to define a variable for later use
8
Why do different fonts have different point sizes?
14
Ratio arithmetic in plain TeX
4
How is line spacing usually calculated?
3
OpenType MATH table constants
5
How to properly scale up fonts from newtxtext and mtpro2?
3
Aligning individual characters/glyphs like a monospace font