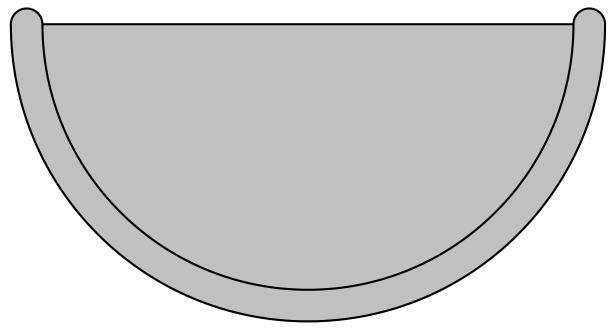 How do I make PSTricks fill only the enclosed area (the horizontal line isn't there if you remove \pscustom)?

I switched the order of a few of your psarc segments, and also changed the direction of some of them from counter clockwise to clockwise using psarcn to keep everything flowing in the same direction.

While debugging, I found it helpful to colour the different segments, and use arrows to show the direction:

Once everything matched, up, adding pscustom back in gave the result as expected:

You'll note that I have left the colours and arrows in the code- just remove them when you're happy with what's going on.

As noted by Werner, in this particular case you might get the same output using ncarcbox, which is detailed on p68 of the documentation.

As Werner already wrote use \ncarcbox: