It would be great to get at least 3 options!

This question is a logical follow-up question to this popular question. Although this question is not targeting a specific problem, I think it will provide some really valuable answers for XeLaTeX and LuaLaTex users.

Finding out that Computer Modern Unicode does not have the optical sizes / grades of Computer Modern Roman was disappointing. As a linguist, using unicode characters makes things much easier.

My options are as follows:

Option 1 is the best option!

The Latin Modern font family, for one, would seem to meet all of your needs.

A number of Adobe's fonts come in a range of grades, the most versatile (and most widely used) being minion. It comes with 4 optical masters: caption (intended for 6–8 pt) - regular (9-14 pt) - subheading (14-24pt) - display (>24 pt). This may sound less awesome than eight, but the point is: everything is available in all grades -- very unlike Computer Modern, which, for example, has smallcaps in only one grade.

Everything, in this case, means, IIRC,

Needless to say that, except for the four basic cuts which come with Adobe Reader, it's not a »free« (i.e. ) font. A font with that range of features plus that range of grades you're not going to find from non-professional type designers. It's usually either the one or the other (in most cases: the one).

Another particularly well-done typeface is Nick Shinn's Scotch Modern and its sans-serif companion Figgins Sans. The serif comes in footnote, text, and display grade. It's a typeface rooted in the same period as Computer Modern (think Victorian-era UK, mid-1800s). [highly subjective and possibly controversial statement follows:] If Computer Modern were good-looking, this is what it would look like. 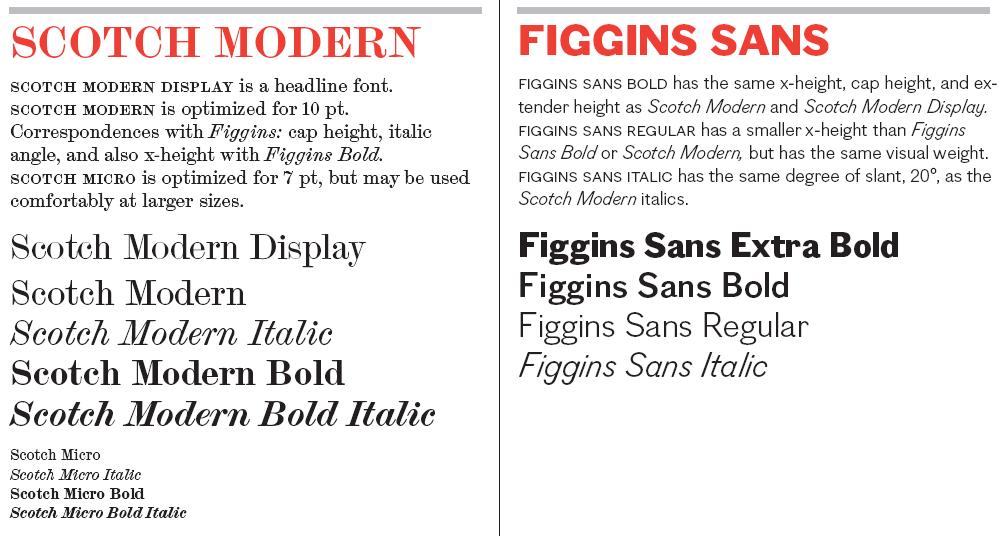 Language support and glyph coverage are huge. Have a look at the specimen sheet, which is a little piece of art in its own right.

Another one: when it comes to grades, the most famous font is probably Sumner Stone's Cycles. Released in the early 90s, with seven grades, if was the font that kind of popularized the idea of optical sizes in the DTP and graphic design world. The progression seems a bit more useful than Knuth's:
five - seven - nine - eleven - eighteen - twenty-four - thirty-six

List of fonts with opticals at Typophile. More at Identifont and MyFonts. Book by Tim Ahrens (2009): Size-Specific Adjustments to Type Designs.

Here is a great open-source font from Friedrich Althausen with eight styles and multilingual support. http://vollkorn-typeface.com/. The following font flavors are supported: 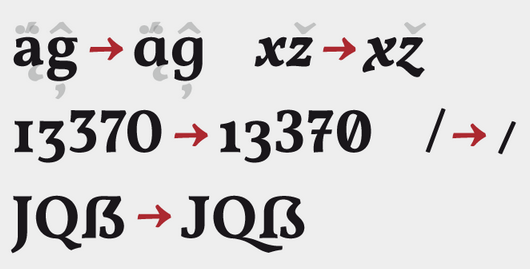 Found in this tex.stackexchange answer.

Not the answer you're looking for? Browse other questions tagged fonts xetex fontspec typography unicode or ask your own question.

117
Make MS Word document look like it has been typeset in LaTeX
104
What best combination of fonts for Serif, Sans, and Mono do you recommend?
18
Does LaTeX automatically change fonts when switching between Title, Author, Date, and Body Text or sizes modifiers?

12
How to fake mid-caps with LaTeX? (I.e. How to stretch characters of a font?)
1
Which grotesque sans-serif fonts are available in TeX Live for the use with pdflatex?