Tikz drawing a ring with nodes

I want to add the following figure in the presentation of a paper I read. I read a small introduction to tikz but still the figure is very complicated for me to do. Can anybody help or point any guides to help me? 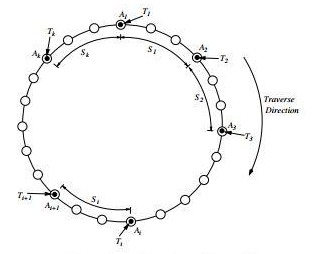 Ok, let’s work it through.

I used the through library because we can simply use the anchors of the node as a reference and don’t have to worry where the circle exactly is in our picture.

The dotdot node style expects two mandatory arguments. The one is used to name the node, the second is used for any options for the label. We use this later to place a pin at the label (the black dot in the node).

The options to the tikzpicture are:

The following declare function is used to declare some constants (the outer radius and the inner radius for the circle and the arrow arcs) and a function angleofNode that takes on argument, the number of the node. As we place 23 nodes, this function easily calculates the angle on a circle.

We could have used also LaTeX macros, i.e.

and could have used these macro instead of the PGF math functions.

The outer circle is easy. The circle through key from the through library is used to easily draw the circle. We name the node c for the next steps.

The points on the circle are now accessible by c.east, c.30, c.170, etc. We use this to place our simple dot nodes there. The \foreach loop can be used to draw a bunch of nodes.

In bot cases <something> is the macro \tLabel which we have declared for every step in the loop with the second value. The directions for the label and the pins are also defined in the loop. The \foreach loop from TikZ is very powerful and has its own tag foreach. A short introduction can be found in Structure, Tuple or Dict for the foreach-loop in Tikz.

The third and final \foreach loop is used to draw the arcs. Now, this is not that easy as we don’t have a circle to reference. Even if we had, we would have to draw the arc ourself.

The arc path operator does not draw an arc from one point to another with a specified radius. It draws an arc from the last point on the path with a radius, a certain start and a certain end angle. (There is also delta angle for when you only have one of the other angles.)

So, we need to move to one of the points on the arc: ({angleofNode(\sAngle)}:innerR). Then we draw an arc with the radius of innerR from the node \sAngle to \eAngle. Again, the angleofNode(<node number>) function helps us to find the correct angle. Unfortunately, the placement of nodes along of arcs is non-function (in the current release version of TikZ anyway), so I also place the node manually halfway along the path but .3cm to the center. This has been discussed before in How to place a node in the middle of an arc?. 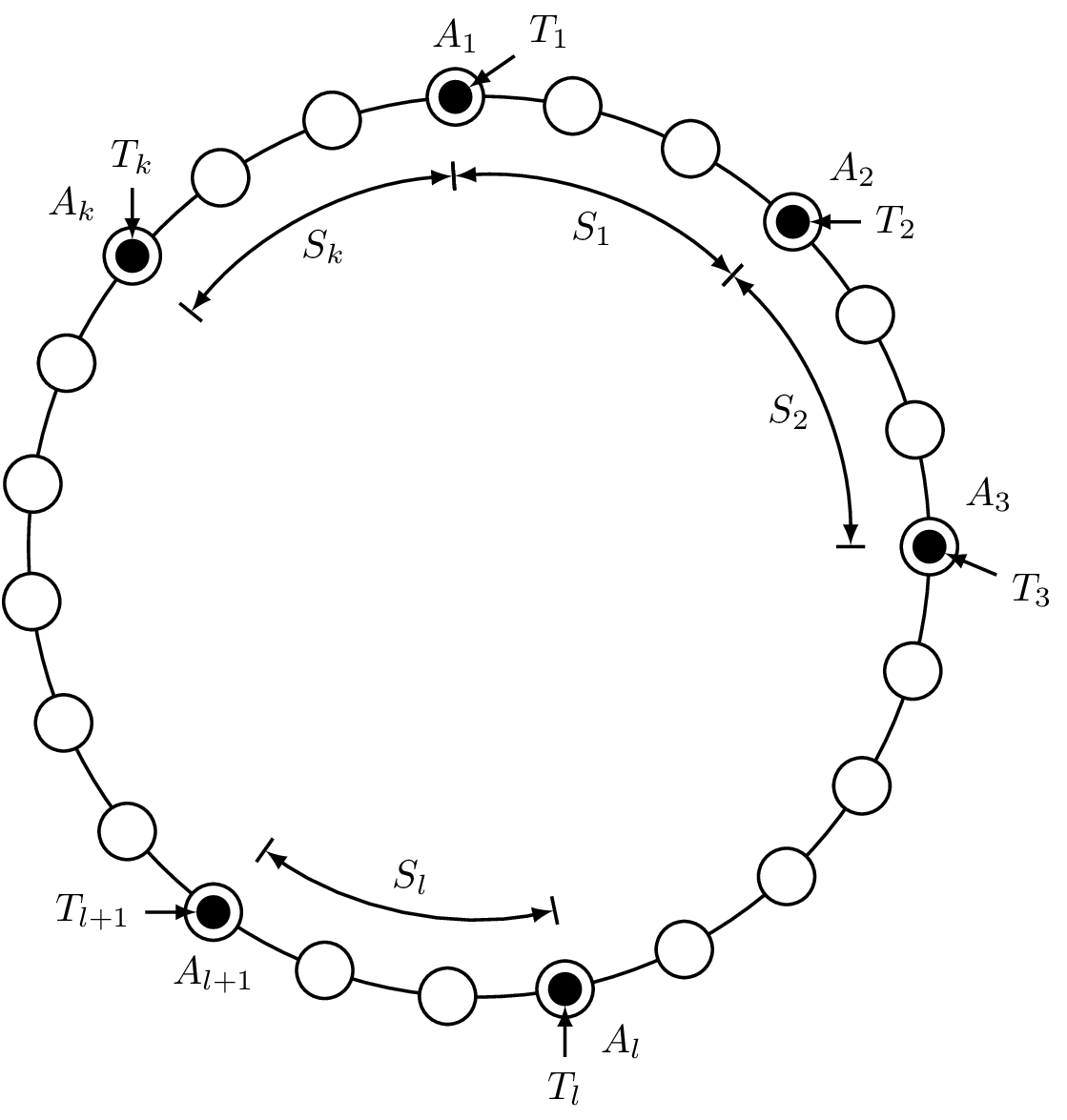 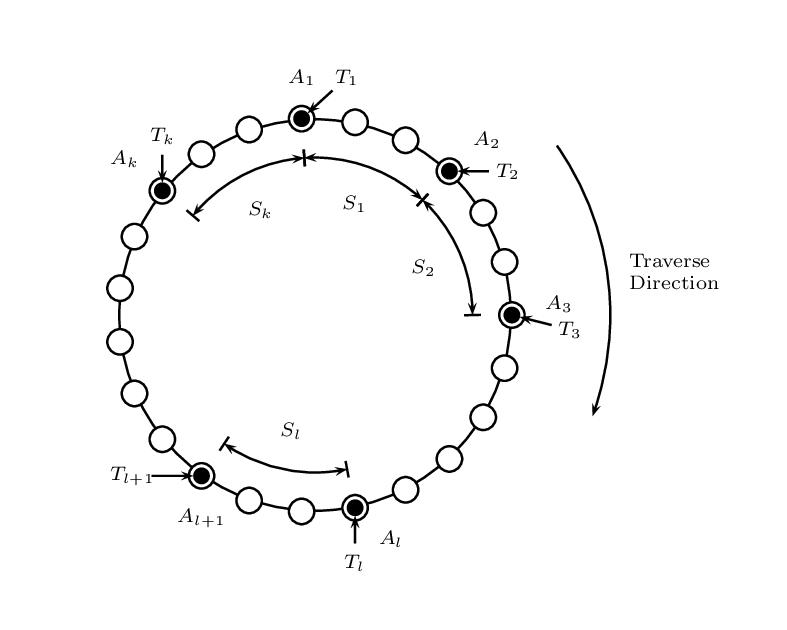 41
How to place a node in the middle of an arc?
12
Structure, Tuple or Dict for the foreach-loop in Tikz
3
TikZ arrow tip is displaced

10
Drawing a wordnet with TikZ
16
How to construct a closed, filled, path made of semi-circles and attach annotations to it with TikZ?
2
Drawing Mechanical System with springs in tikz
10
Block diagram with Tikz
2
Drawing Autoassociative Neural Network Diagram [Beginner]
2
How to draw the connected text nodes diagram in tikz?
31
How to draw Micrometer scale using TikZ
1
tikz drawing rectangle discretized with triangle lattices and its centroids
1
Drawing string diagrams using macros