I need to make a two column document (on a landscape format sheet), but the second column appears in a lower position than the first one. I wrote "always" in the title because it also happens when I use the minipage environment to split the page in two columns. Here's an example, how can I solve this problem? Thank you. Luigi 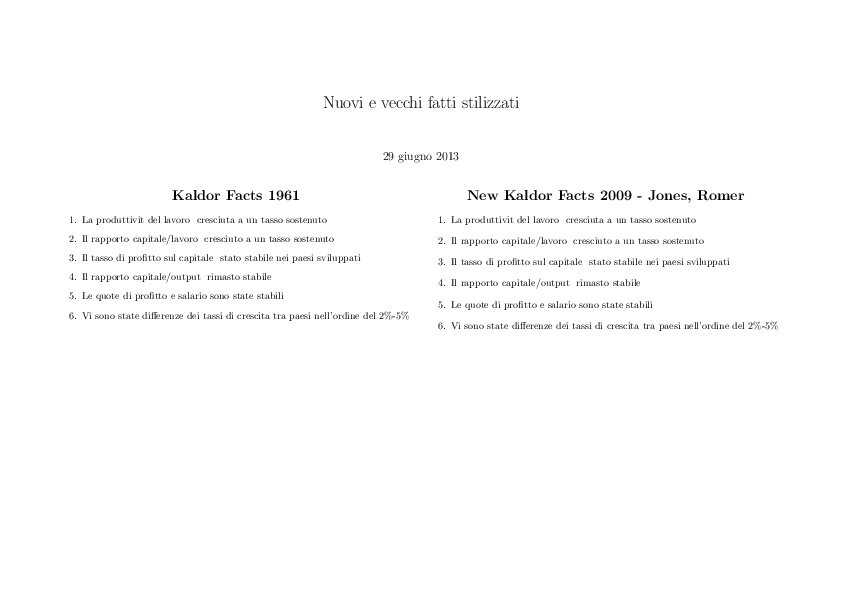 The problem here is not related to multicol but is in fact a general problem in LaTeX (and not really solvable within the curent LaTeX model (the galley model for LaTeX3 has a solution for this but this doesn't really help with this not operational).

The problem is the following:

The end of the enumerate generates:

The following section also adds a penalty (-300) and some space before the heading. It tries to be clever and uses \addpenalty which looks back and if it sees some space it will cancel that space by adding its negative amount and then adds the penalty and then re-adds the space. As a result we get a sequence like

The problen now is that multicol will see both penalties and obviously it is better to break at -300. As a result the first column ends in those 2 vertical spaces. The cancel each other so they to not generate a "real" space but they result in this column having no depth, i.e., if the last line of text has some characters like "p" inside the bottom of the column is not on the baseline of that last column but below the decenders.

The right hand column on the other hand has no such extra space at its bottom so it has a depth and that alone results second column to appear larger.

and a full space from enumerate survives. One can argue that this is perhaps a bug but \columnbreak follows the way \pagebreak works here and simply adds its penalty directly.

This also explains why the workaround using

with or without the \columnbreak gives us the right output: it drops the space after the enumerate so that it does no harm.

While I can't explain the observed behaviour, I have a workaround: Add \unskip before \columnbreak.

Not the answer you're looking for? Browse other questions tagged vertical-alignment multicol or ask your own question.

31
How to generate “You can't use \unskip in vertical mode”?