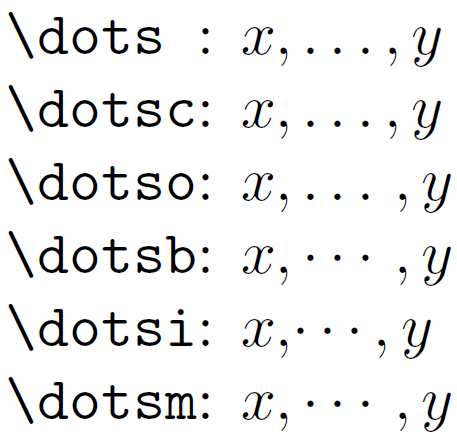 2
Which dots-type in math?
1
\dotsc or \dots in this case?
173
Consistent typography
39
How do magic \dots work in amsmath?
18
Placement of ellipsis
7
Multiple alignment in math mode without much space
9
How to indent equations?
7
\cdots and \dots, which one to use?
6
How can I make amsmath's \dots look ahead after macro expansion?
2
Add a bracket in mathematical equation
See more linked questions