How to set optimal level distance in qtree when different nodes have very different amount of text?

I am really a newbie in tikz (about 12 hrs experience) but I think I need to some hint on this.

I am using tikz-qtree. Some of the nodes can contain more text than others. I set the text width to a value so that a node does not expand too much side-ways.

Then by trial and error, I found a value for level distance such that the edges do not overlap with the content of the nodes.

The problem is that the level distance affects all the levels equally. So this results in some levels having too much empty space between them.

Better to explain by an example. Here is a screen shot of what I have now when I set the level distance=5cm 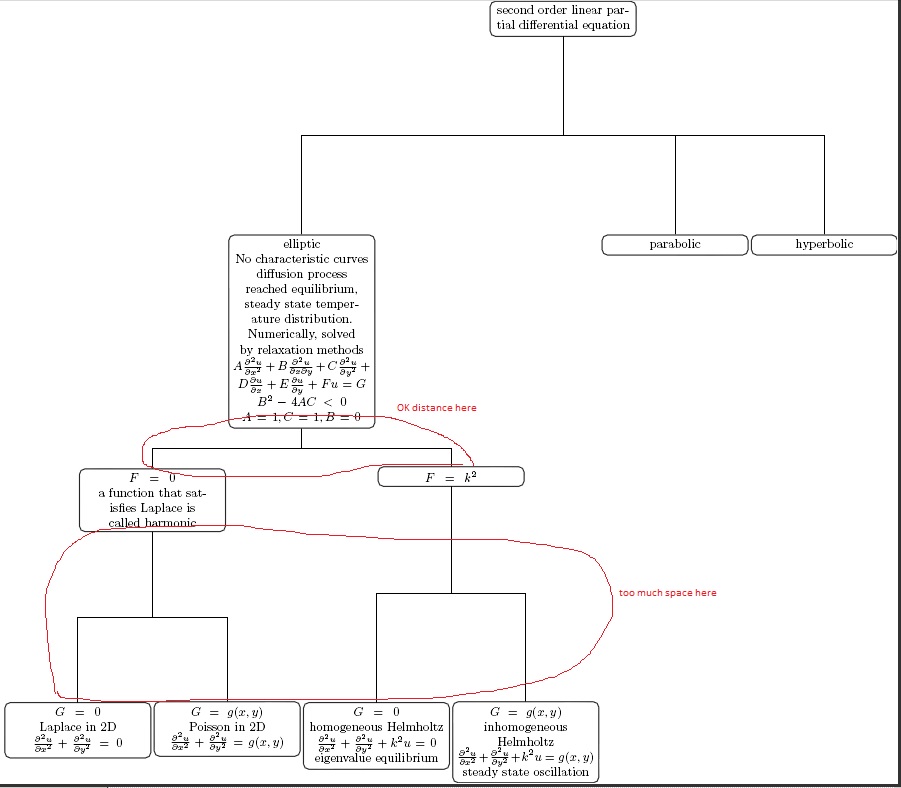 If I reduce the value of level distance to 3cm, then I get this problem:

What is the correct way to do this, so that minimum space is wasted between all levels?

May be someone here could modify the code below to show me how to do it?

Here is the code I used to generate the above. I did not want to remove things from it to make smaller since it already show the problem.

The fork down path from the regular TikZ trees library interacts in weird ways with tikz-qtree sometimes. I've replaced the fork down path with the method suggested in the tikz-qtree manual and then set individual level distances for each level in the tree. This gives you a pretty reasonable tree. 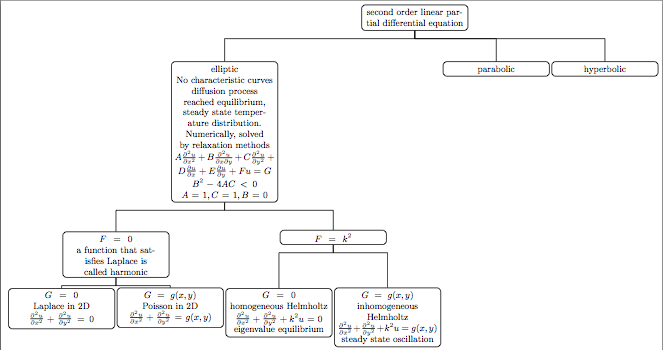 Alternatively, you could make the node that has the huge amount of text in it wider by creating a wide node style and applying it to that node. This would allow you to keep the level distances smaller.

For the next image, I added

to the tikzset command, and changed the level 2 distance:

Then for the large node I added an explicit \node command:

Don't forget that this needs an explicit ; after the node text since it is a regular tikz command.

Not the answer you're looking for? Browse other questions tagged tikz-pgf spacing tikz-qtree or ask your own question.

23
How to change the level distance in tikz-qtree for one level only?