I used to work with the MiKTeX distribution and the included TeXworks program. The latter provided me with a typesetting-configuration that was something like pdfLaTeX + BibTeX + MakeIndex. (It created the index files automatically.)

Now that I changed to TeX Live (still working with TeXworks which comes now with TeX Live, though) such an option is no longer available. I'd have to run MakeIndex and pdfLaTeX (two compilations) seperately.

I don't know the syntax for building my own typesetting-configuration which would provide me with the mentioned features (pdfLaTeX and MakeIndex in particular). Could someone show me how to build that setting, please? Or post the settings of the said MikTeX typesetting configuration.

The pdfLaTeX + Makeindex + BibTeX option in MiKTeX TeXWorks calls a MiKTeX-only command-line tool called texify (manual pages). There are several tools that do (nearly) the same thing, such as latexmk, rubber and arara. Choose one, learn the command line options from its manual, and then in TexWorks, under Edit/Preferences/Typesetting, add the program to "Processing Tools".

Note that latexmk is a Perl script so it needs a Perl interpreter to run; Rubber is written in Python so you need Python installed if there is no pre-compiled exe(cutable). Arara has pre-packaged installer for Windows.

Regarding options, you will surely have to add $fullname, which is the TeXWorks way of substituting the filename, and something like -pdf to generate PDF instead of DVI.

You could do something as follows (Edit > Preferences > Typesetting > +): 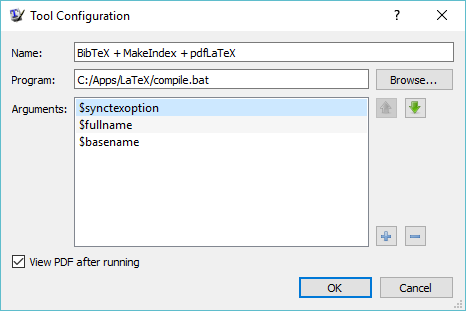 Depending on the location of your installation, your .bat file would be something like:

Go to Edit->Preference menu and select the Typesetting. In the Processing tools section click on "+" to add your processing chain as shown in the dialog box below and save 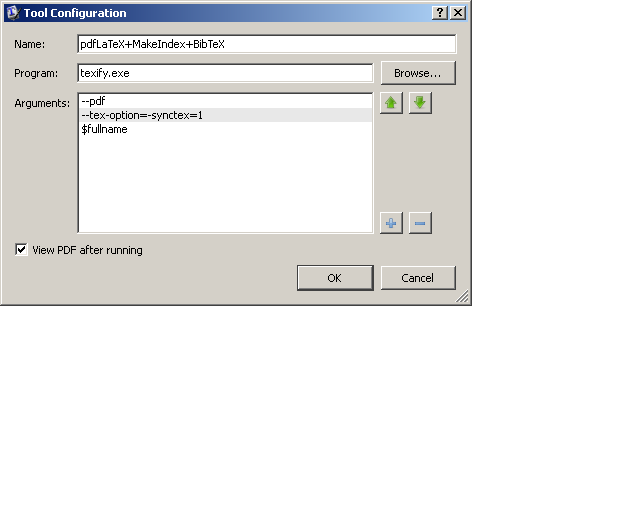 I use this guide to for latexmk https://code.google.com/p/texworks/wiki/AdvancedTypesettingTools#latexmk 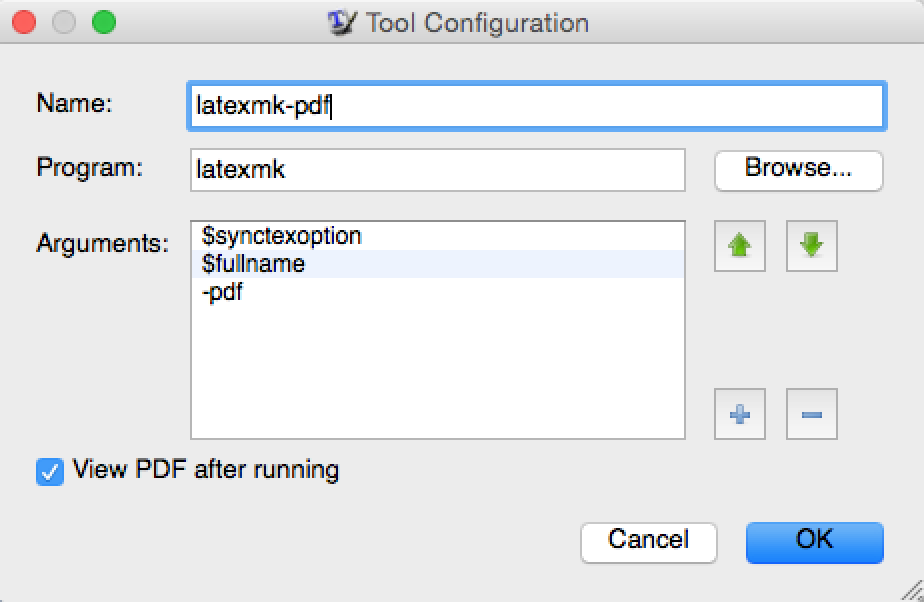 Not the answer you're looking for? Browse other questions tagged pdftex texlive texworks or ask your own question.