I'm using the caption package. In the List-Of-Figures I get only the numbers, but I also want to have the prefix. It currently looks like that:

The same format is already used for the captions themselves.

You could use the tocloft package; an example:

If you want tocloft to use default LaTeX formatting (so it won't "mess up" for example the layout of your table of contents and so on) you can use the titles option of the package:

To achieve what you're aiming for without loading the tocloft package, one has to patch an instruction in LaTeX's internal \@caption macro and redefine the internal macros \l@figure and \l@table.

The following MWE shows how to do this; note that the patching is done with the command \patchcmd provided by the etoolbox package. (If, for some reason, you don't want to use the \patchcmd instruction, you will need to copy and paste the entire definition of \@caption from the file latex.ltx into your preamble and replace the string \csname the#1\endcsname with \csname fnum@#1\endcsname:, leaving the other instructions unchanged.) 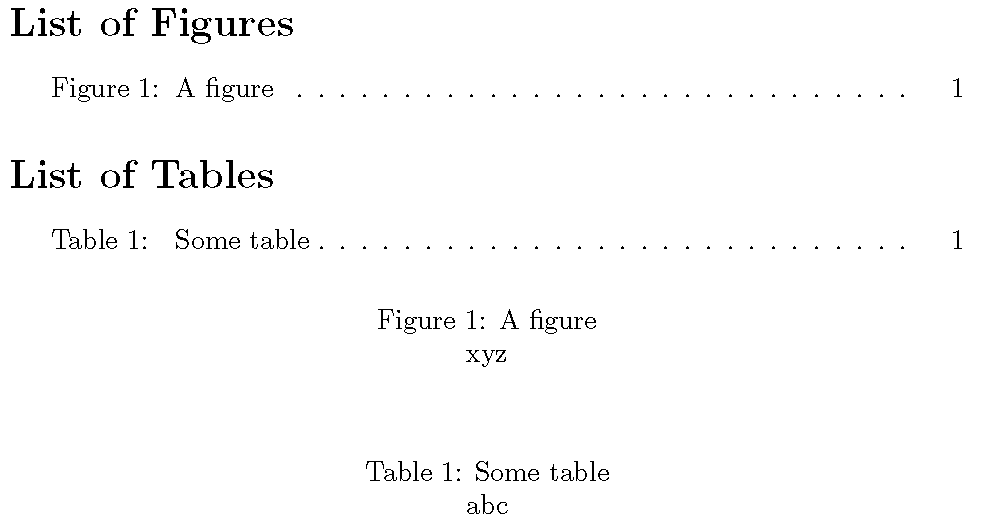 When you caption your figure, there's an optional argument that's designed for the list of figures.

This will display the short title as the title in the list of figures, and the long caption as the actual caption of your figure. It is perfectly acceptable for these both to be the same.

It is designed this way as many figures, particularly in scientific publications have long captions describing everything that is in the figure. All of this wouldn't fit into the list of figures, so there is a separate title for that purpose.

It is optional because you don't need it if you are not including a list of figures.

You can also use package tocbasic:

Run three times to get 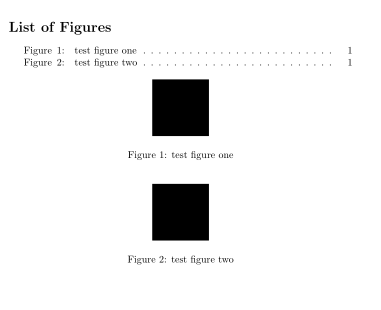 Or with a KOMA-Script class: 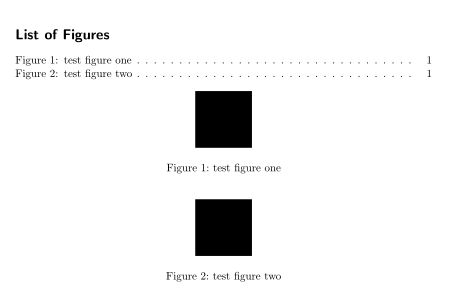 Not the answer you're looking for? Browse other questions tagged table-of-contents captions tocloft or ask your own question.