Can this be done without METAFONT (which I don't know at all)? Thank you very much for your help.

The “asymmetric” square brackets are \lfloor, \rfloor, \lceil and \rceil.

For the strange inequalities, here is some code:

Thanks to Heiko, a slightly better implementation for vertically centering the symbol.

Is this what you asked for? :

Thank you for your answers; egreg's answer was especially useful. I was unable to install package trimclip, though, which appears not to be part common TeX distributions, and thus I am afraid may constitute a problem down the road, when/if the paper is accepted for publication. So, I've tried to use egreg's ideas to do without a specialized package, and have come up with "half-equal" inequalities which look similar to egreg's, but of course "my solution" is too crude and ad hoc, and it doesn't scale; see the code and results below. Can this "solution" be improved, again without using a rare latex package? Perhaps I should have said where such symbols can be useful -- of course, it's in Fourier analysis of (possibly signed or even complex-valued) measures, where it is natural to define the distribution function of such a measure at every point of its discontinuity to be exactly in the middle between the left and right limits of the distribution function at such a point.

As for the the corresponding "half-equal" delimiters, I haven't been able to get a combination of a half-bracket and half-parenthesis as I would like to, but rather a combination of \lfloor and \rfloor, with which I guess I could live for a while.

Here are "my" code and the corresponding images (sorry, I don't know how to make the images larger): 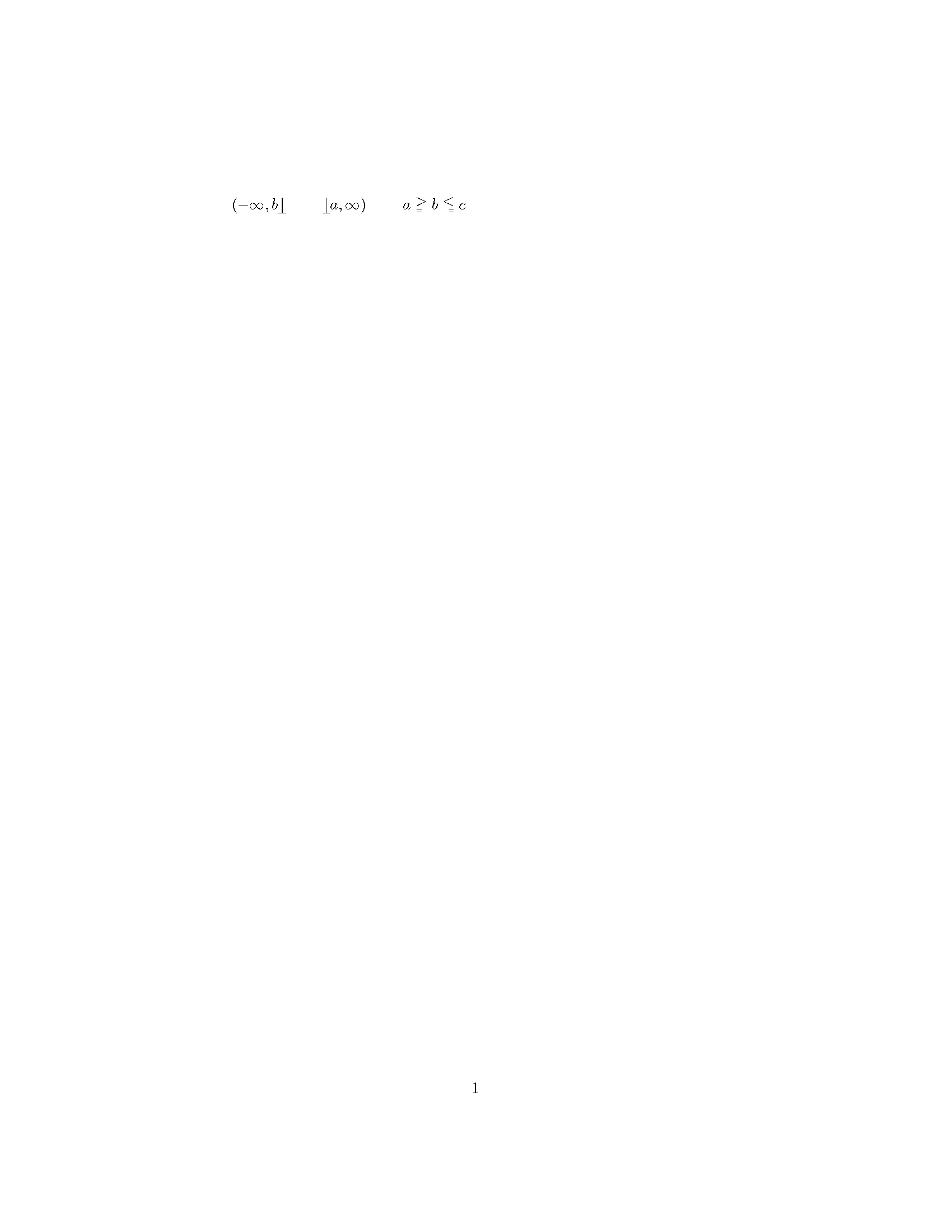 Not the answer you're looking for? Browse other questions tagged symbols delimiters or ask your own question.

7
Space that disappears at the edges (beginning/end) of a math formula
9
What is the cleanest way to adjust the dimensions (height, depth, width to the left and right) of a symbol?
3
Large Delimiters
5
Delimiters as math symbols (and not delimiters)
1
Different horizontal (!) spacing of delimiters with `\left`, `\bigl`, `\Bigl`,
1
How to fix \left and \right formatting in LaTeX?
3
Where is the extra amount of vertical space generated by math delimiters in Tex Book Appendix G Rule 19 specified?