I'm converting EPS to PDF via Ghostscript's ps2pdf.bat in Windows. But the author of PDFs are my system name. I changed my user name from Windows, but when I look at the properties of the PDF, my name is there. How can I remove it?

I would suggest exiftool for this purpose; as far as I know it is the only free tool that can manipulate not only InfoDictionary, but also XMP metadata and provides a very convenient interface.

To just clear the author field:

To get rid of all metadata:

Note, however, that exiftool does not really delete the metadata in the InfoDictionary, but just updates it with a newer version. In fact, you could restore the original data with:

To really remove confidential data, you should remove all metadata with exiftool (which removes the XMP metadata and also the reference to the InfoDictionary) and then use a size optimizing tool that removes unreferenced objects from the PDF to get rid of the still present InfoDictonary. I frequently use qpdf for this purpose:

The result is, as far as I know, a truly metadata-free PDF.

Some background on PDF metadata

(a) The "classical" InfoDictionary, which contains a limited number of key/value pairs. This is the kind of metadata also written by pdflatex; the hyperref package provides a convenient interface to set certain values of this metadata.

(b) The newer XMP packets, which contain RDF data streams (an XML description), which so far is mostly used by Adobe Products (Acrobat since version 5.0). Whenever you edit a PDF file in Acrobat (probably also any other Adobe products) it silently creates the XMP metadata set and initializes it with values from the InfoDictionary. Afterwards, only the XMP metadata is used. So it is important to remove the XMP metadata as well.

This information should transfer from PS to PDF. 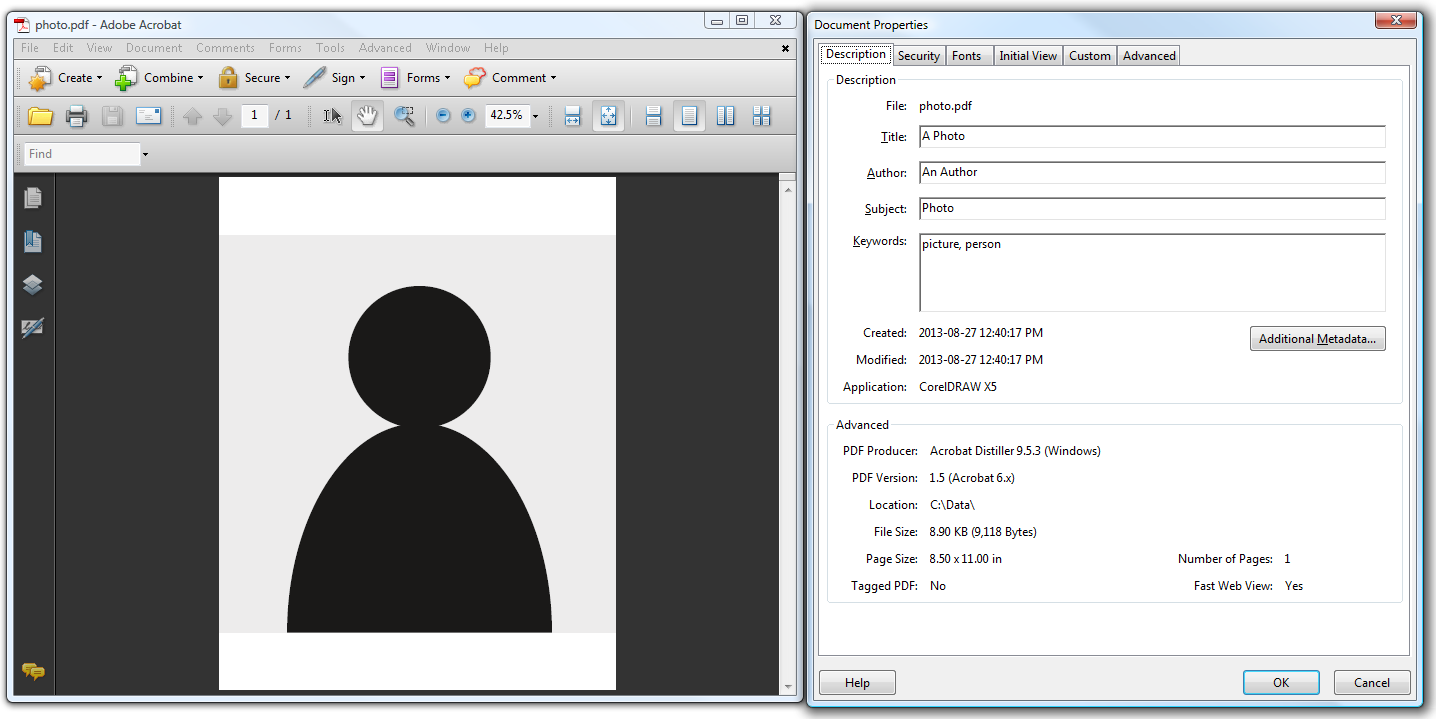 Run this through the PDF Toolkit to dump_data the meta-data:

Apart from other things, info.txt includes:

To update only the author field, create a file new_info.txt containing

and re-insert this via the update_info:

The "keys" with updated "values" are now updated in the meta-data (click to enlarge):

This may be specific to some PDF producers/versions.

Not the answer you're looking for? Browse other questions tagged ps2pdf or ask your own question.

6
What steps are done by XeLaTeX when compiling input files with PSTricks codes, jpeg, png, eps, pdf images?
1
ps2pdf -dEPSCrop stops short with pstricks \uput
12
tikzpictures give huge pdf files when processed via dvips and ps2pdf
2
Using ps2pdf colour and fonts change when TikZ picture added on beamer slide
5
How to use “latex -> dvips -> ps2pdf” to get pdf output?
0
Disable anti-aliasing in ps2pdf