I have 2 tables, one above the other. At the moment I can't make any space between them in my report. The strange thing is I moved them in to a new blank document with all the same preamble and \vspace worked. I don't really know what the problem is but it's frustrating that they are stuck together. My tables are within a subsection of a section. My preamble and table code are below:

Any help is appreciated.

table is a floating environment, meaning that LaTeX can move it around, e.g. to avoid getting a large blank space at the end of page, if the table doesn't fit (for more details on how that works, see How to influence the position of float environments like figure and table in LaTeX?). For that reason, adding a \vspace between two table environments doesn't really make sense, as the they can move away from that space.

If the two tables should be placed just after one another, you can place both tabulars in the same table environment, and add the \vspace between them, inside the table. See code below. 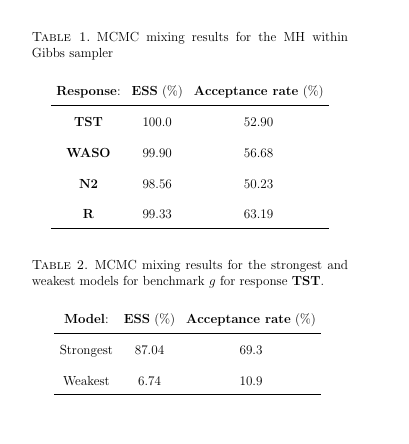 Put both tabulars into one table environment. Then your \vspace works. Everything inside of table is local, there is no need for grouping its contents: 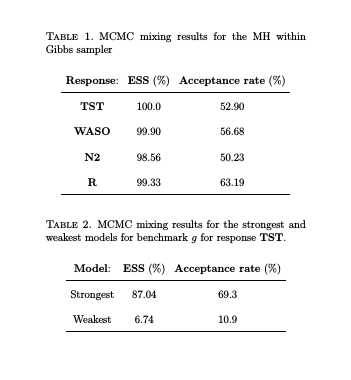 Use \Floatbarrier after the first table (i.e. after you finish the first table with \end{table}) so that the float property which was creating the problem can be restricted and then add \vspace between two tables. It worked for me.

Not the answer you're looking for? Browse other questions tagged tables vertical-alignment or ask your own question.