Let's suppose I want to write nested equations that contain a fair few nested parenthetical/delimiter characters, like (), [], {}, ||, and perhaps others. Suppose too that I think these things look nicer if the outer delimiters are a tad bigger than the inner ones (where possible), appearing to "frame" them.

But this \big(...\big) stuff is kind of ugly and gets in the way of seeing, from the LaTeX code, what's going on. What might be better is if I could write:

But wait! This can in fact be done; it is only necessary to define the macro with three arguments, like the following:

How nice. But unfortunately, this doesn't work so well when I want to use braces, as in

Here, {} is actually a group, and constitutes only one argument. So this fails. Of course, the following both work, but mean that uses of the macro are less uniform in appearance (which is not so pleasing):

So what I really need is to test whether argument #1 is empty (indicating that the macro-invocation was immediately followed by an empty group, i.e. {}). If so, the macro "skips" to the third argument, and typesets \big\{#3\big\}. Is there a way to do this?

This uses the following logic:

The typesetting command takes in four arguments: the size, the left delimiter, the right delimiter, and the content. The despatcher has to work out what these should be from the input. The choices are:

So the despatcher does the following:

Note that delimiters don't have to match, but if you want an unmatched brace you have to use \{ or \} (or \lbrace or \rbrace).

Using LaTeX3, xparse, and a bit of trickery (explained), the effect is very possible.

We set up a document-level interface macro called \MyBig (capitalized in keeping with current conventions). This macro can take three arguments:

Thus, the document-level macro's only purpose is to dispatch to other functions that scan the input stream further for the needed tokens—the dispatcher decides which macro gets input stream, and the macro decides how many tokens it wants. (I don't believe there is any way to strictly have a switch that asks for more tokens, and if there is, it certainly isn't pretty.)

You could do something along these lines by testing for the presence of a starred form of the command in which case \{ and \} are used.

then the following code 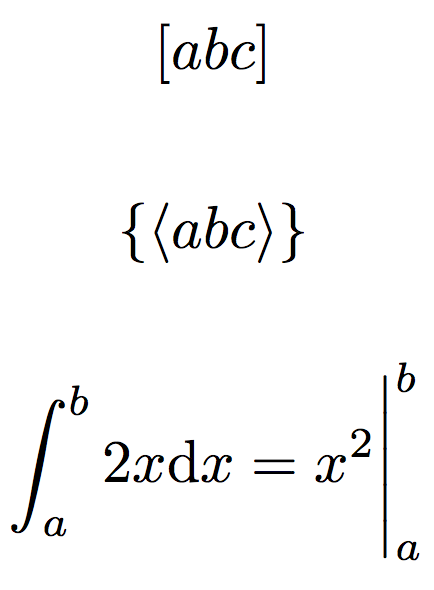 Here's some code that tests for an empty argument. 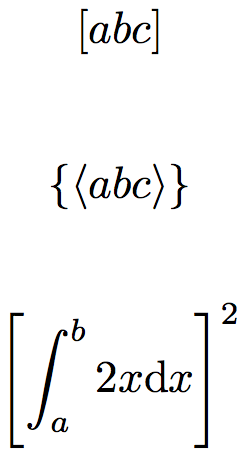 But this is sort of thing is not fail-safe!

This set of macros uses the following strategy:

You could do this with a simple conditional, testing if the first argument is empty (other thing is if this will produce good typographical results; for example, in the second code below there would reallly no need for increased size delimiters): 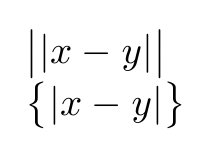 Not the answer you're looking for? Browse other questions tagged macros conditionals or ask your own question.

76
How to define a command that takes more than 9 arguments
63
Automatic left and right commands
5
How can I tell which of several solutions to a LaTeX problem is the fastest/most efficient?

7
“Illegal parameter number” errors, in a macro for writing macro definitions to a file
30
What does \begingroup\expandafter…\endgroup do?
8
Passing an argument with the alignment operator (&) to a macro within another aligned environment
10
Treating the contents of a TeX-style group ({\blah …}) as macro arguments
6
Create macro using xparse that creates spaces between arguments
4
ifmtarg in tabular does not work
4
Create a macro that creates a macro
17
Passing arguments to a macro hidden in the text
3
Don't take white space into account when checking next character
2
Forcing bracketed arguments in LaTeX macros