I have a long (mathematical) document with parts, sections, subsections and paragraphs. The theorems etc. in the parts are numbered

where the first number corresponds to the section, the second number to the subsection and the third to the number of the theorem, example, etc.

I have tried to add \setcounter{secnumdepth}{1} after the \appendix command, but nothing changed.

If your lemmas use the theorem counter as in the MWE below, you can insert the line

just after the \appendix command. Note that you have to load the package chngcntr to be able to use \counterwithin. 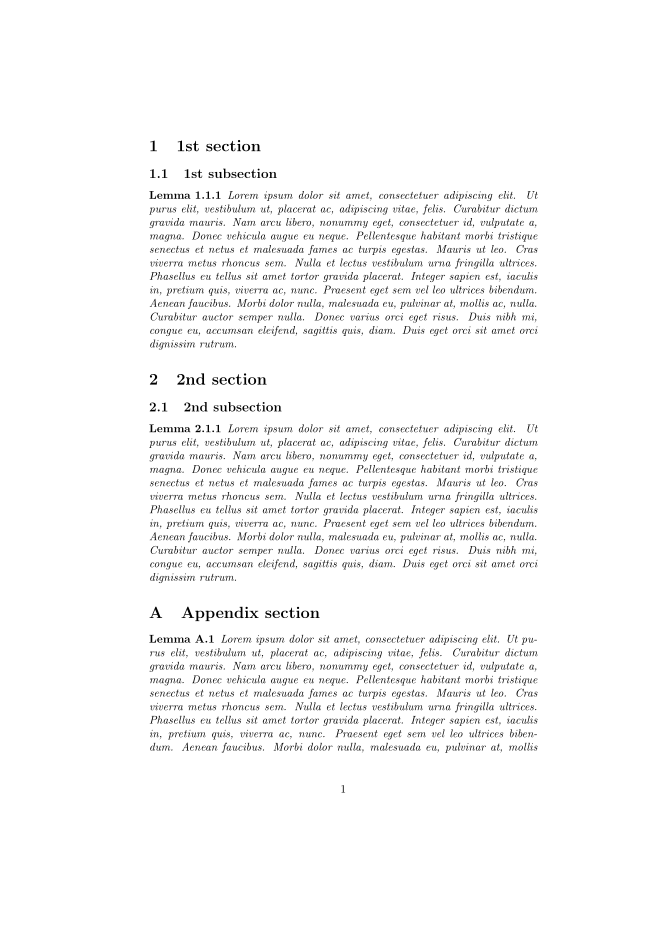 If your lemmas use a different counter, e.g. lemma, you have to change the mentioned line to, e.g.

Not the answer you're looking for? Browse other questions tagged sectioning numbering appendices or ask your own question.