I've been using the multicol package lately because I was trying to typeset content in two columns and I like minimalist solutions.

However I've been having trouble trying to force content to stay in one of the two columns only. But I've seen this behavior occurring:

How can I force the content to stick to the first (left) column until \columnbreak (or a similar command) is issued and only then start at the top of the second column? Or am I using the wrong package for this sort of task?

You can try the paracol package. 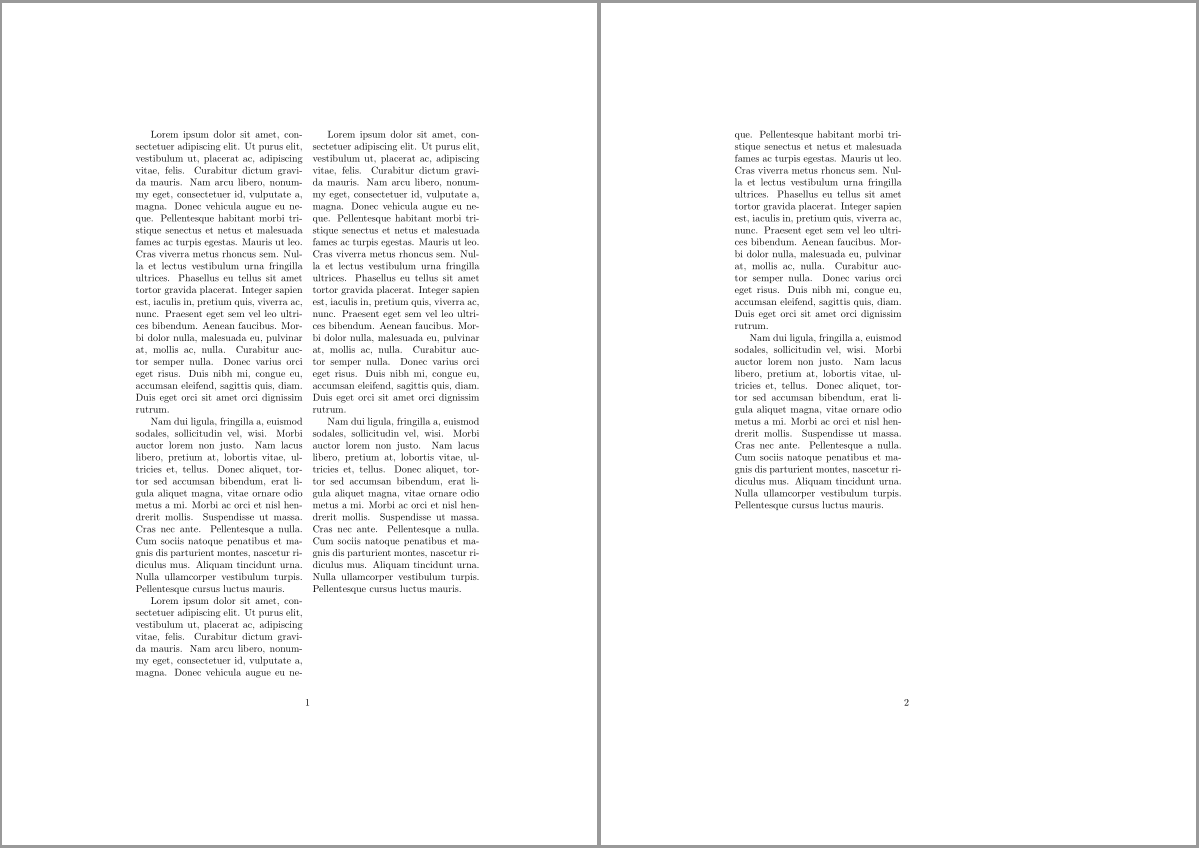 You might also take a look at the CTAN topic parallel where you can find similar packages.

Not the answer you're looking for? Browse other questions tagged two-column multicol or ask your own question.

123
How do I force a column-break in a multi-column page?

25
How do I force TeX to completely use the 1st column?
13
Column break only if within first column of multicol
8
Typesetting Supertabular in two columns
7
Multicol: why do columns not align properly?
3
two columns face to face when page breaks
2
How can I get two columns in moderncv
1
multi column managed layout
2
Two columns, align text of the first column (using multicols package)