arara: show warnings only in the last compilation step

I use this function to compile my latex documents in gVim with arara:

And have the following mapping to call it:

I use Latex-Box in order to parse and filter the tex build output nicely. Everything works fine (arara is really awesome) but there is one thing that I would like to know if it can be improved. Suppose I have the following document:

As you can see in the image, when I compile the document the quickfix window (showing errors and warnings) shows the warning of the first call to the compiler (which goes away after compiling again). Is there some way to tell arara to ignore warnings until the last call? 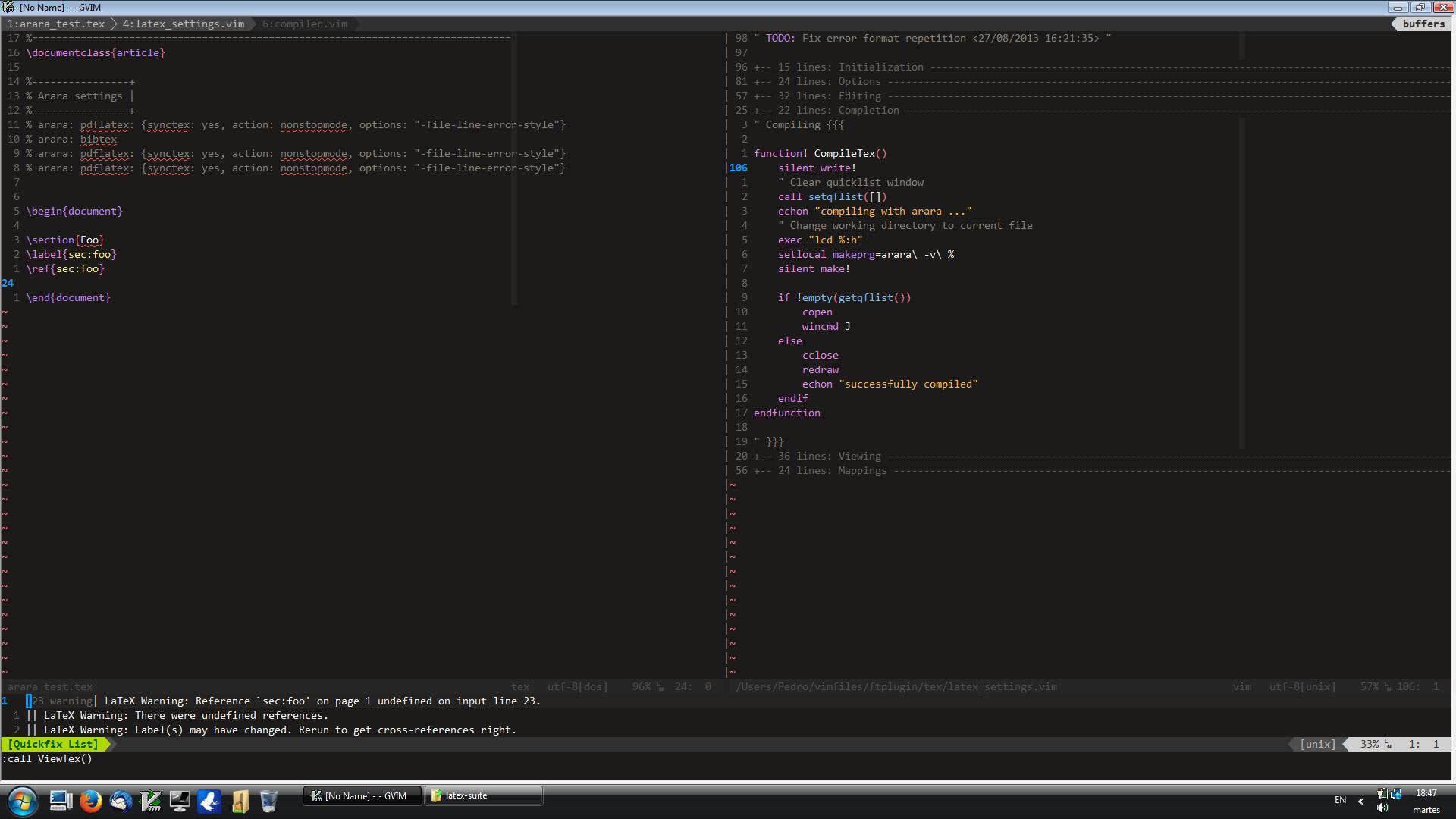 Note: i) I know I can just add one directive and avoid the problem but this is just a MWE of what happens in larger documents. ii) If this question doesn't belong here please delete it (I actually posted it in arara's github issues but received no answer yet).

Edit: I would (also) like to know if the compilation time can be reduced by telling arara to run pdftex only once and only perform successive runs if they are really needed (for instance to correct cross-references).

gVim does use the console output to get warnings according to petobens' comment. Then the console output can then be suppressed using action: batchmode for the first runs. Also option draft: true would be useful, because it suppresses the not yet needed PDF output file (but the auxiliary files are written).

If (pdf)TeX runs into an error, then (pdf)TeX sets the exit code different from zero. Arara does not check any .log files or the console output of the command. It only checks the exit code of the program. If it is zero, it assumes the running of the program was successful and continues with the next directive. Otherwise arara aborts the job with "FAILURE" and does not execute the next directives.

Example for the arara directives in this case:

Not the answer you're looking for? Browse other questions tagged vim arara or ask your own question.

2
how to link sub-document with reference file for auto-completion in vim-latex?
7
arara: toggle identifier in the rule
2
Given a list of arara compilation commands, at which step/s should I use “shell : yes” option?
4
Help to create arara yaml file for asymptote automated compilation
3
Using tikzexternal 'list and make' with arara
1
How to add compilation parameters -shell-escape with arara
1
Use arara with continuous compilation (with vimtex)