How to create a macro "environmentally-dependent"

Yesterday I was reading the etoolbox documentation where there are defined some new document commands such as:

Which I found very useful in dealing fine-tuning macro expansion inside or outside specific environments.

The main question however hit me when I wanted to define a new command, based on the above, that looks like this:

The main action of this code is that it checks if a specific control sequence name or macro/code <code> appears <Before/At/After><Begin/End> the environment and then applies the code if it is met the condition stated, and does else otherwise. This can be similar to the standard if-clause conditional very well known inside plain TeX (maybe some TeXpert could put an eye to this macro).

The main reason on why it reads the control sequence name it's that if there is some macro behind a specific environment, it doesn't expand its arguments and keeps reading it as a csname.

So my question can be expressed as: how this macro can be created? is there some command that simulates its action that I'm not aware of?

I basically couldn't find any documentation or source even remotely related to this application on macro setting.

Longer code than David's, but shows how to do it in a more abstract way. 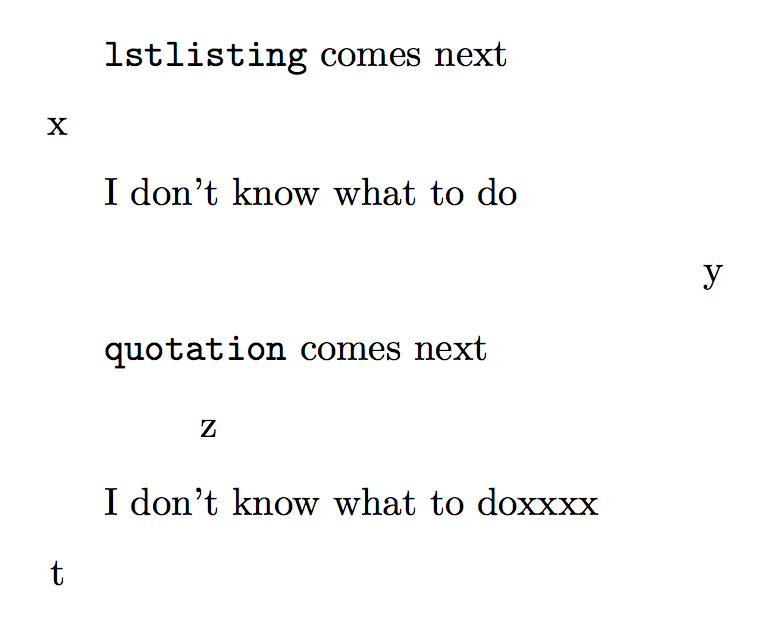 With the call \newcheckcommand{\foo}{...} a set of macros is defined; the only known key is default; if it's not set in the argument, there will be nothing executed, because the default macro is initialized to empty.

Not the answer you're looking for? Browse other questions tagged macros environments conditionals etoolbox or ask your own question.