How to force hyphenation in floating figure caption?

I have a right floating figure with a justified caption spanning four lines like so: 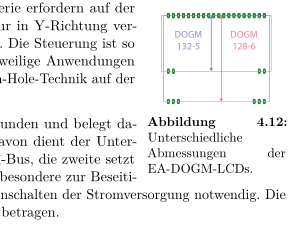 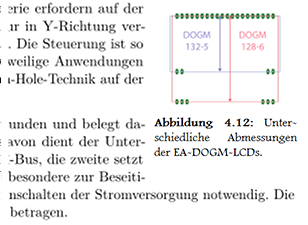 Unfortunately, LaTeX will not hyphen the words in the caption (both words hyphen just fine in regular text), although just from eye measure there seems to be more than enough space. I have tried adding the words to the \hypenate command, adding soft hyphens "- and separating a word manually, i.e. "Un- terschiedliche". None worked.

I tried increasing the width of the wrapfigure, still nothing (left image below). In another wrapfigure (right image below) it seems to work just fine, and the only difference is caption text and width of both the image and the figure itself. 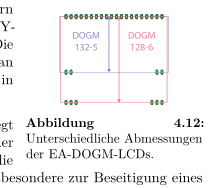 Is there a way to force LaTeX to hyphen at a particular syllable? Are there penalties for adding Text after a caption name/number?

Code of the first float:

I realize without an MWE it is next to impossible to determine my error. I'm using this template and have unfortunately no idea how to compose an MWE with all settings intact.

Any help would be greatly appreciated.

UPDATE: Uploaded image to show what it should look like, rendering with {0.33\textwidth} and working image.

That should always be done for german texts when you have a word with a hyphen. And also for small text columns use package ragged2e and \RaggedRight for the captions. Can be set automatically with \captionsetup and package caption.

As lon gas you didn't provide a complete example it is really difficult to say what's the problem. This works:

Alright, I believe to have found the cause and a working solution. According to this the first word of a paragraph never gets hyphenated. Seems to be the same problem with narrow columns in tables.

In order to trick LaTeX, one simply inserts a zero-width \hspace{} before the first word. The caption renders just fine with the following command (note that there is no space between the closing bracket of hspace and the first word:

Of course, one could define a macro to replace the original command, maybe like so:

Not the answer you're looking for? Browse other questions tagged captions hyphenation or ask your own question.

14
How can I inject the proper amount of vertical space between captions and figures?
6
Different width for caption and floatfoot with floatrow
7
custom sub-caption and refs format for subfigures
6
Preventing hyphenation of specific short, repeated, hyphenated words
6
Reducing size of caption box
6
Issues referencing labels in measuredfigure environment
1
Width and alignment of captions inside tcolorboxes/parboxes
5
ConTeXt: Placing caption of wide figure centered in the margin, below figure