I am using xcookybooky to create my own cookbook in greek. Until now I was using iso-8859-7 encoding in all my documents and it was working fine. With xcookybooky there is an issue with this particular encoding. All the letters appear like "Chinese" and the weird thing is that there are no errors.

I tried to change the encoding to utf8 and something rather strange happened. All greek letters appeared as they should be, exept from the RecipeName. There are also some errors that have to do with greek letters and T1. 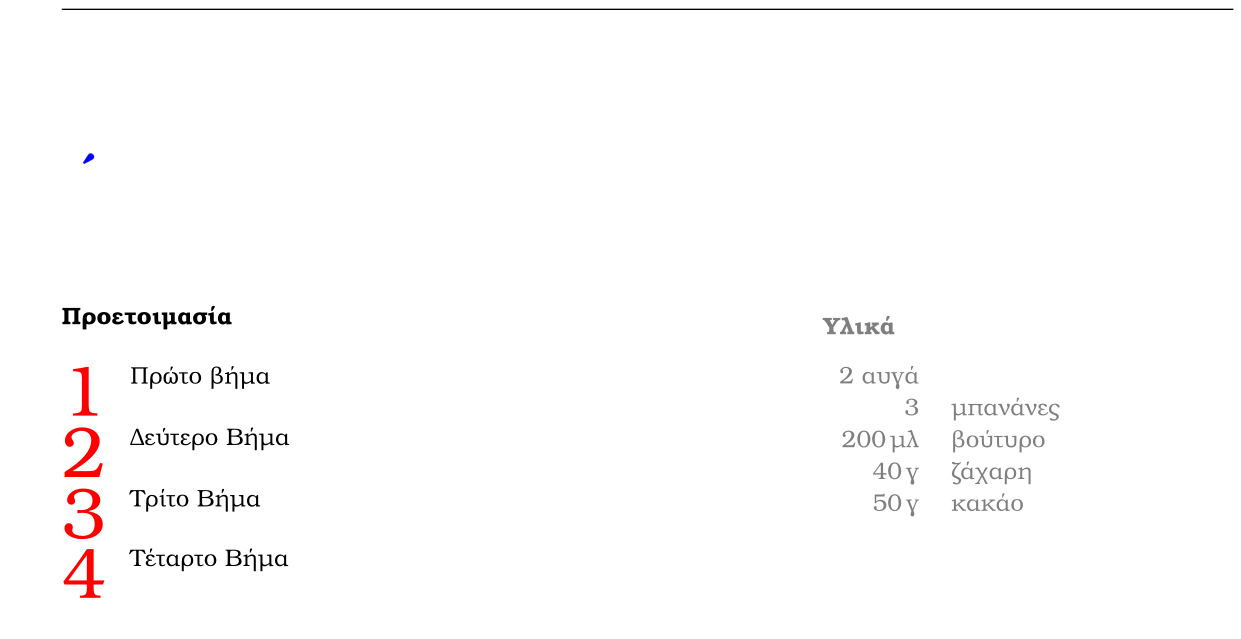 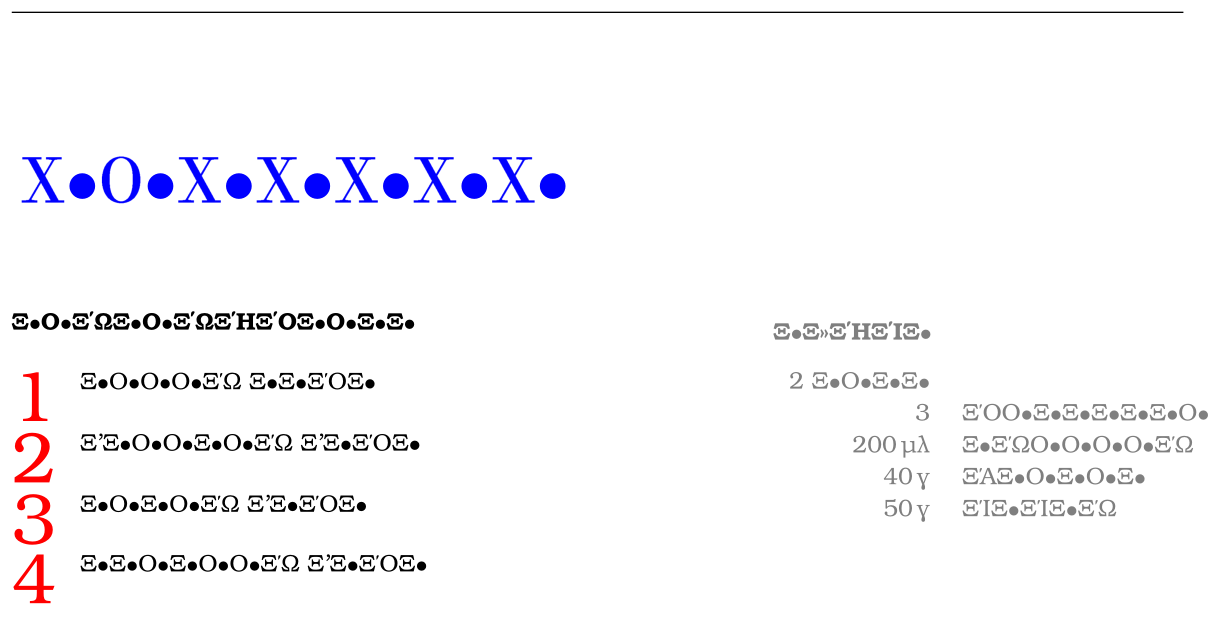 Any ideas on that? Note that I'm using pdflatex.

You have to tell xcookybooky what's the font you want to use for the recipe title, using the correct parameters.

Use xelatex, it makes live easier ... The following was tested with up-to-date MikTeX under Win7. Choose another script font if you do not have segoesc.ttf: 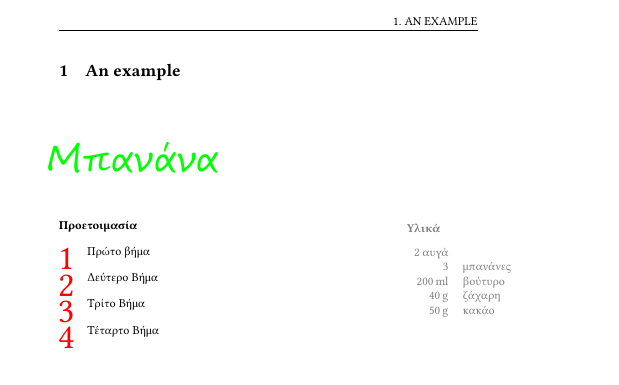 I've managed to achieve greek hand-written fonts in the title. Unfortunately I cannot avoid XeLaTeX, so I am just changing locally the font style, in the RecipeName entry while having set a main font for the entire document(kerkis, that is). The code is

and the ouput is 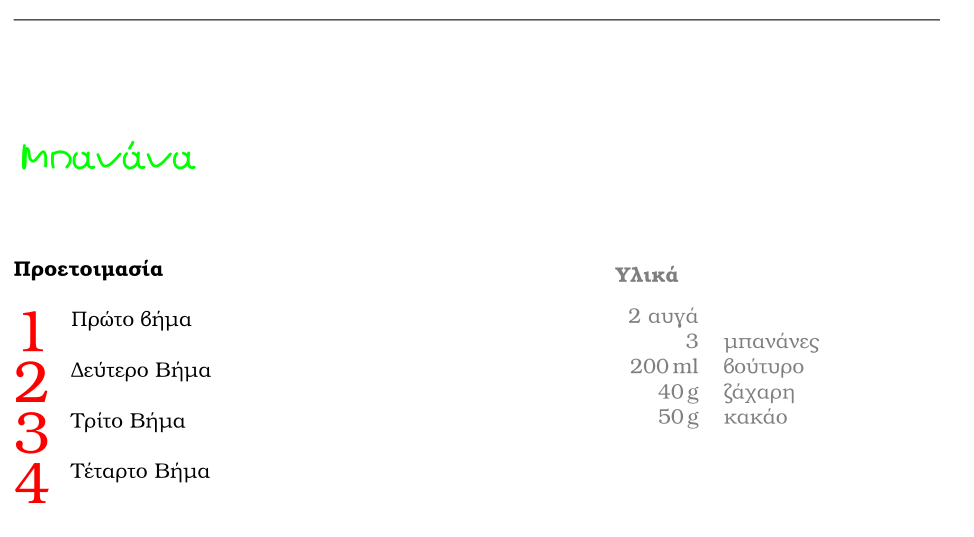 Not the answer you're looking for? Browse other questions tagged fonts font-encodings input-encodings greek xcookybooky or ask your own question.