I would like to draw an edge between two nodes which lies on a clip of an circle. For small angles I was able to get some more or less realistic appearance by using bend left and bend right, but for large distances, for example to connect a node which lies at 90° with an node at 225°, this is getting ugly.

However, drawing an arc alone does not draw arrows and does not end at the "borders" of the nodes, but at their center. So is there any solution, e.g. an argument for "edge" while building a path, where I can specify an arc on which it should lie? 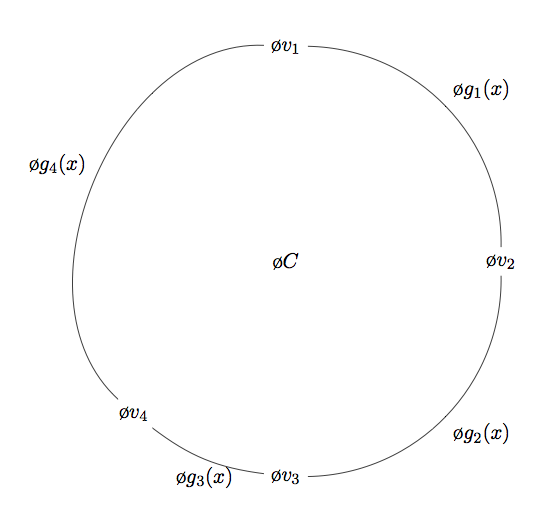 While the first three edges of the path look more or less as if the would lie on a circle, the fourth one makes the circle a potato.

drawing an arc alone does not draw arrows and does not end at the "borders" of the nodes, but at there center

but it is not completely true; you can try with a workaround with arc. For example:

will draw an arrow from V1 to almost V2.

Playing around with the radius and the location of the nodes you can draw your circle (with arrows, see the -> above)

to avoid playing around with the starting location you can use node anchors: 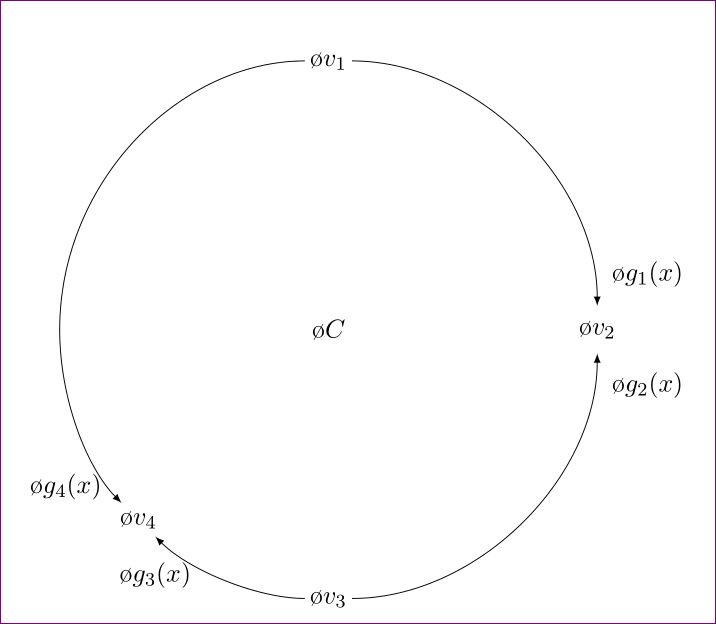 Adjust the start angle, end angle and shorten (both <= and >=) distances as per taste.

Not the answer you're looking for? Browse other questions tagged tikz-pgf graphs arc or ask your own question.

12
connect nodes that it looks like circle
2
How to connect nodes with circular arcs in TikZ?
1
Drawing paths between differently shaped nodes on an arc automatically

5
TikZ: placing a line (transformed into a sinusoidal shape) parallel to an edge connecting nodes
20
How to define the default vertical distance between nodes?
16
Numerical conditional within tikz keys?
17
TikZ: Drawing an arc from an intersection to an intersection
12
Drawing rectilinear curves in Tikz, aka an Etch-a-Sketch drawing
9
Line up nested tikz enviroments or how to get rid of them
3
Arrow between BTrees
2
tikz tangent arc between two circles
3
Document header with tikz