as the labels suggest, my problem is that these two seemingly identical uses of the integral sign compile well and not-so-well respectively. The first yields a nice two-lines-tall integral sign, the second two annoying one-line-tall little integrals (even if I add blank lines to the array).

Is there a real solution to this problem? Any help greatly appreciated :) P

First off, loading the package palatino will give you the "Palatino" font only in text mode, but not in math mode. To get "Palatino" in both text and math mode, load a package such as mathpazo or -- assuming you have a fairly up-to-date TeX distribution -- the packages newpxtext and newpxmath.

Second, you're getting small, i.e., inline-style, integral symbols because lines inside an array environment are typeset, by default, in inline-style math mode rather than in display-style math mode. If, for some reason, you must use an array environment, you can get the larger integral symbols by prefixing the instruction \displaystyle to \int, as is done on the left-hand side of equation (2) in the example below. You should probably also increase the separation between rows, e.g., by affixing [2ex] after the end of the first row of the array.

Two big advantages of using a gathered environment instead of an array environment for the example at hand are (i) the rows would be typeset automatically in displaymath style and (ii) you wouldn't need to provide additional extra vertical separation of the rows by hand. The result of using gathered instead of array in this manner is shown on the right-hand side of equation (2) below.

For more information on displaying operator symbols such as \int and \sum in either inline-math style or display-math style, see the posting Show inline math as if it were display math and the associated answers. 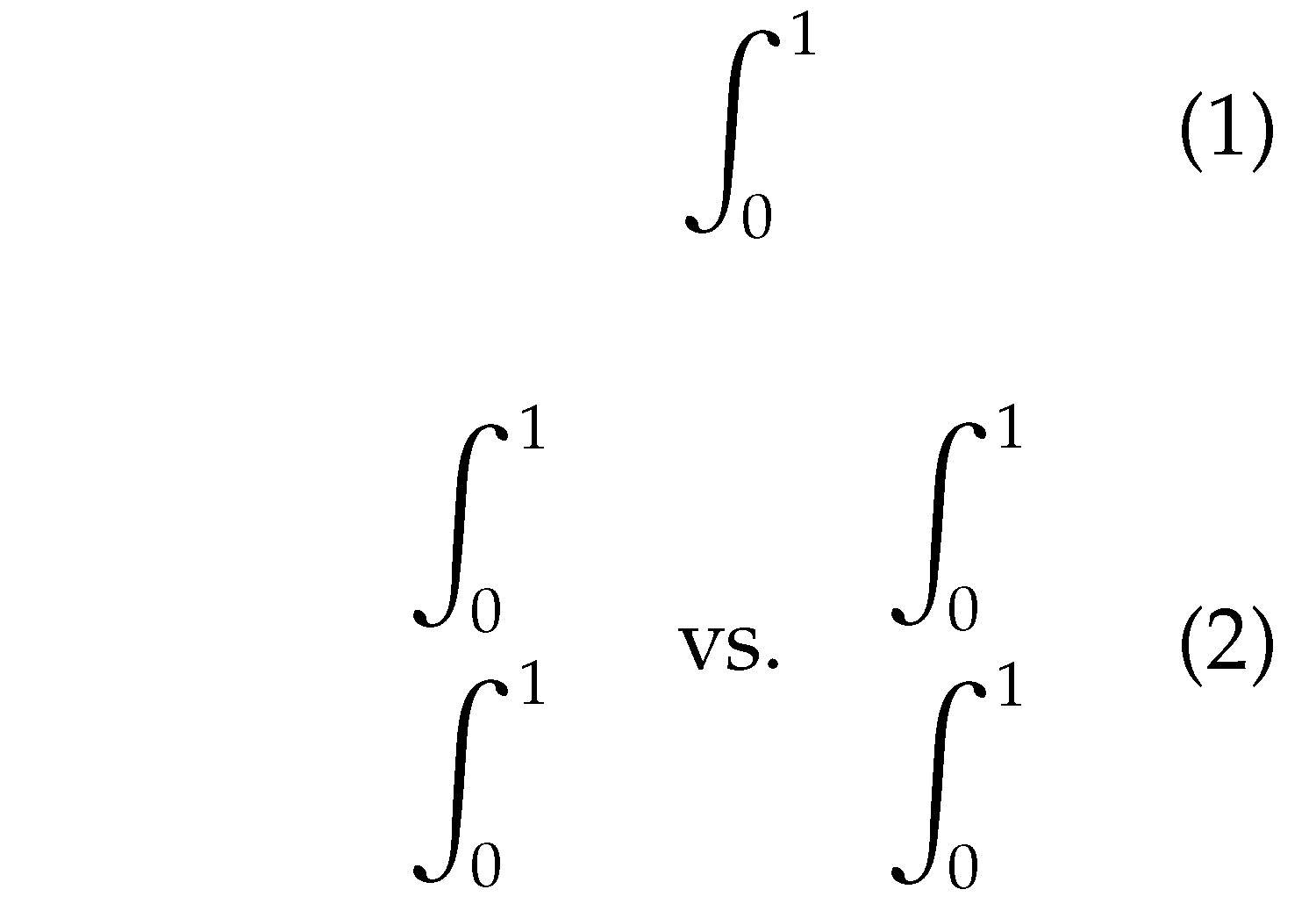 If you want neither to change all \int integral signs into \displaystyle\int nor to use amsmath package, the following solution should work: 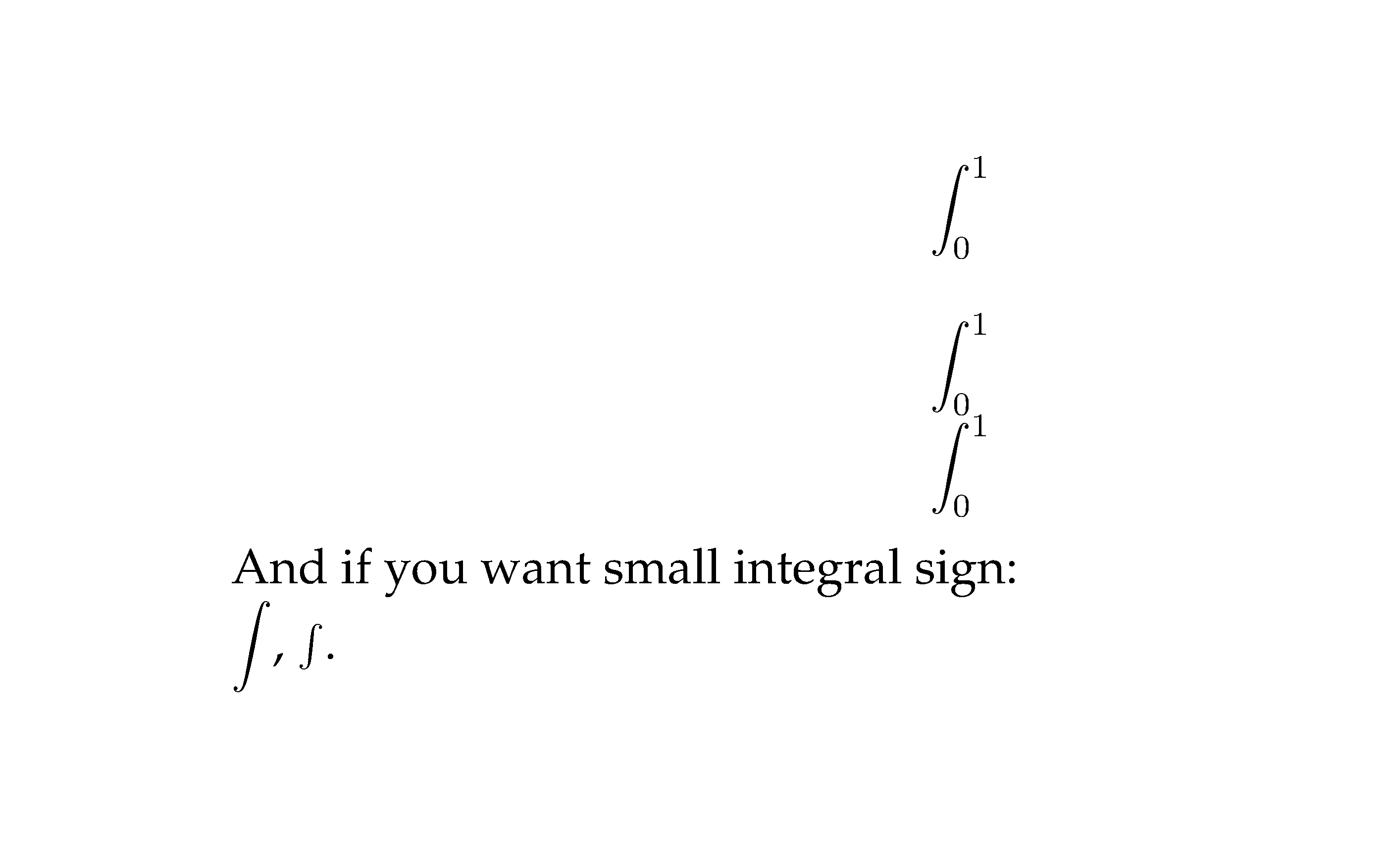 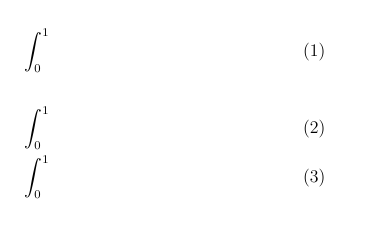 Not the answer you're looking for? Browse other questions tagged equations arrays or ask your own question.

138
Show inline math as if it were display math

12
aligning a multiline formula with the bullet of itemize
4
Adjusting the width of a displaymath environment
1
Using array inside alignat to create equation legend
3
Color Inside an Array
1
Small integral symbol
9
Add equation number in array
6
Weird equation array error
4
\left and \right with array
1
how to increase space between rows in begin array equation?
1
LaTeX doing a really wierd equation array