Golden spiral in TiKZ: how do I get the right shape and background?

I want to use tikz to draw a golden spiral, growing clockwise, ideally (but not necessarily) superimposed over a set of golden rectangles (you all know the image I'm talking about). A little bit of searching led me to this code, which yields a counterclockwise spiral:

The thing is that I'm still new to tikz and thus not sure what code here does what. My questions are:

Basically, the same approach as JLDiaz but using a recursive macro and letting tikz scopes and transformations do all the work. 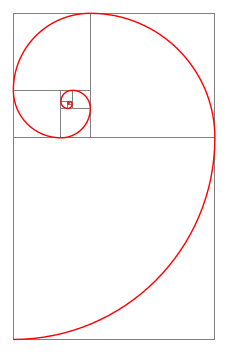 Improved a little the code to make easier the explanations, and to put the "golden ratio rectangles" in a background layer. Explanations below the picture. 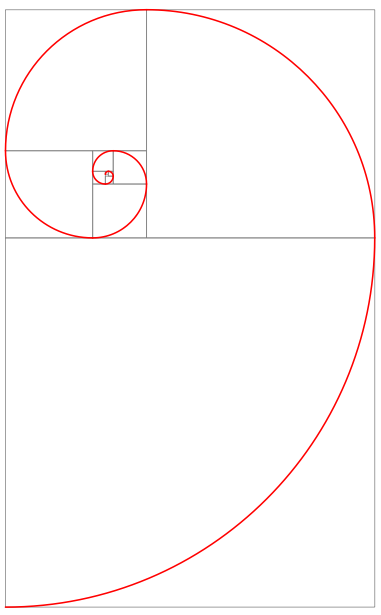 The picture is built recursively, from a fundamental building block, which is a square containing a red arc.

The square is defined from two points. The first one is called origin, and initially is located at (0,0), but it will move in successive iterations of the loop. The second one is called corner, and its coordinates are dependent of those of origin in the following way:

The expression +(45+\angle:\Side*\Sqrtwo) uses polar coordinates, relative to origin. The angle is 45 plus the "current angle" (initially zero), and the distance is the diagonal of the square whose side has \Side units of length.

Once origin and corner are known, the building block is drawn as (omitted in this case the background layer for clarity):

In the first iteration, since \angle=0, \Side=10, this produces the following building block, whose side has 10 units of length: 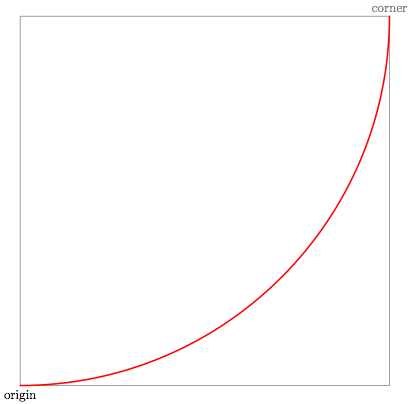 This is the role of the next lines:

The following figure shows the two first iterations, and thus the two first building blocks. I decided to draw also in blue the vector which places the "corner" relative to the origin, to better understand the procedure: 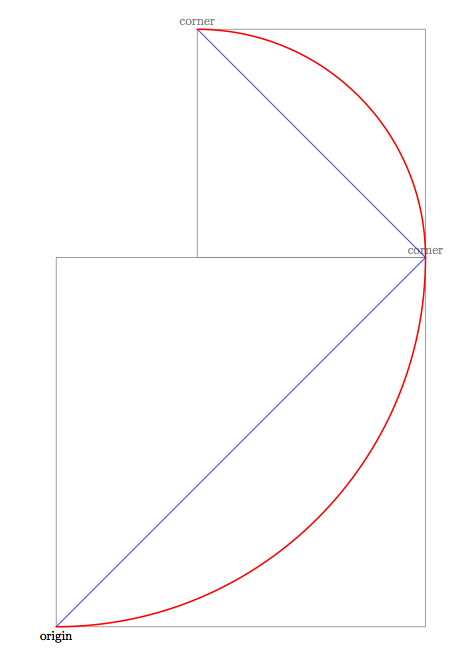 And so on, at each step the building block is reduced by the golden ratio, rotated 90 degrees, and shifted to the latest "corner".

Just for fun with PSTricks. No recursively-invoked macro is used here. Instead, the next node is determined by the previous one in a loop.

It is not recommended as creating the i-th node needs i iterations.

14
Rotate a node but not its content: the case of the ellipse decoration
16
TikZ: decoration - random steps: how to get twice exactly the same shape?
44
The Spiral of Roots in TikZ
17
How can I do a simple TikZ picture of the golden ratio?
6
How to draw vertical spiral using TiKZ?
3
Rotate the shape to the right
6
TikZ — golden triangles in a logarithmic spiral
9
Line up nested tikz enviroments or how to get rid of them
4
How draw this figure (spiral) in tikz?