I need to fake a caption under an image, since you can't use figure/caption inside tabular/longtable environments (afaik). The data inside the table are generated dynamically so I don't know the height of the image from time to time. I know the width though.

So, to fake the caption I use a parbox inside a table cell to encapsulate the image and caption.

Possible solutions include removing parbox and use something else. The important part here is that I want to fake the caption under the image and I need it to be in an tabular environment. 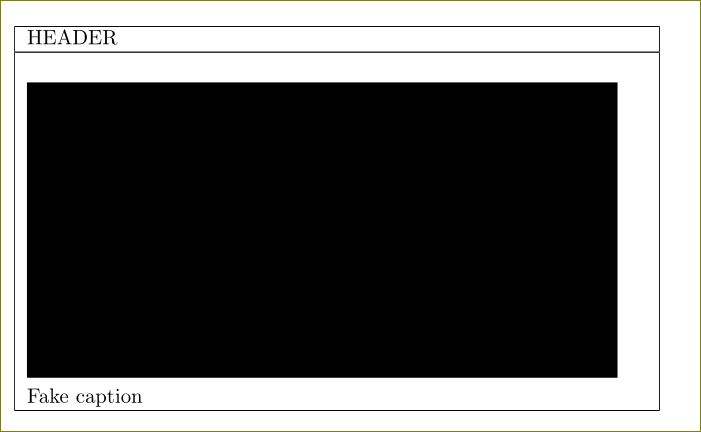 You can add the vertical space manually. For instance:

Not the answer you're looking for? Browse other questions tagged tables spacing captions or ask your own question.

3
Know the cell width with tabular* or include a paragraph box without specifying its width
5
Formatting a logical (PD) derivation
4
consistent spacing using tabular/ minipage/ parbox
1
Uneven tabular vertical padding when using \arraystretch and m-columns
1
Remove top space from lstlisting inside tabular
1
Suppressing all bottom padding of tabular cell
2
Table row with two lines of text beside an image
1
Longtable and tabular caption vertical and horizontal alignment
4
Yet another images in tables question alignment. Want text to start at top of cell. Not centered
0
Captioning images within a table