How to use formal csQuotes and page citing?

I have been trying to write a document containing correct norwegian quotes. For this csQuotes seemed the best. I am also using natbid for the references, however when using \citep[page]{refference} instead of \citep{refference} the document fails to compile

Just put the command in braces. 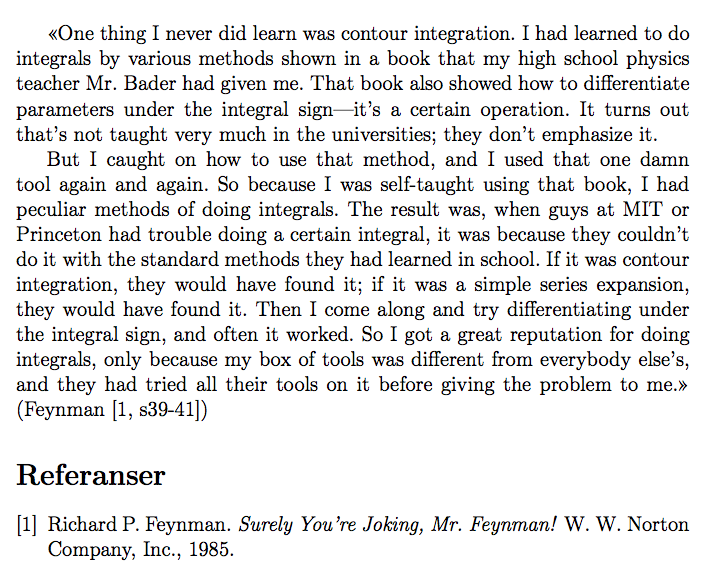 Not the answer you're looking for? Browse other questions tagged citing csquotes or ask your own question.

8
csquotes and nested citations
2
Citing (author, journalabbr., year) needed
1
Customizing style of formal block quote in csquotes?
2
How to use \guilsinglleft and \guilsinglright in csquotes
6
How to enable/disable automatic quotations marks and control indents with csquote and \blockquote
1
glossaries and csquotes: how to use autoquotes in gls description?
1
How to use square brackets for citations within parentheses using csquotes?