Numbering the list of figures in the table of contents

So I'm having a slight problem with the \listoffigures command and the way LaTeX makes the table of contents. In my preamble I'm using \usepackage[nottoc,numbib]{tocbibind} because I want to include the bibliography in the ToC (and with a section-number as well). However, I can't seem to figure out how to do the same for list of figures. The package tocbibind sadly don't have an option like numlof and all results on google either don't give me a working result or has something to do with "how to manually add an item in the ToC", which isn't really what I'm looking for.

In short, how do I add the listoffigures in the ToC with a number attached to it.

Just to add, I can add the list of figures in the ToC without problems, but I'd like a section-number as well. I'm using the article class by the way.

EDIT: Silly me, I was also using the tocloftpackage, in order to make a way to list the source of a bunch of images. The process is described at List of figures: source below image caption?

It seems the two methods conflict each other. I'd really like to have both the numbered LoF in the ToC and a way to list the source of each figure.

This can be done adding the following lines to your preamble:

If you are also using tocloft, you have to inform tocloft that you want to use your custom titles by passing the option titles when loading it: 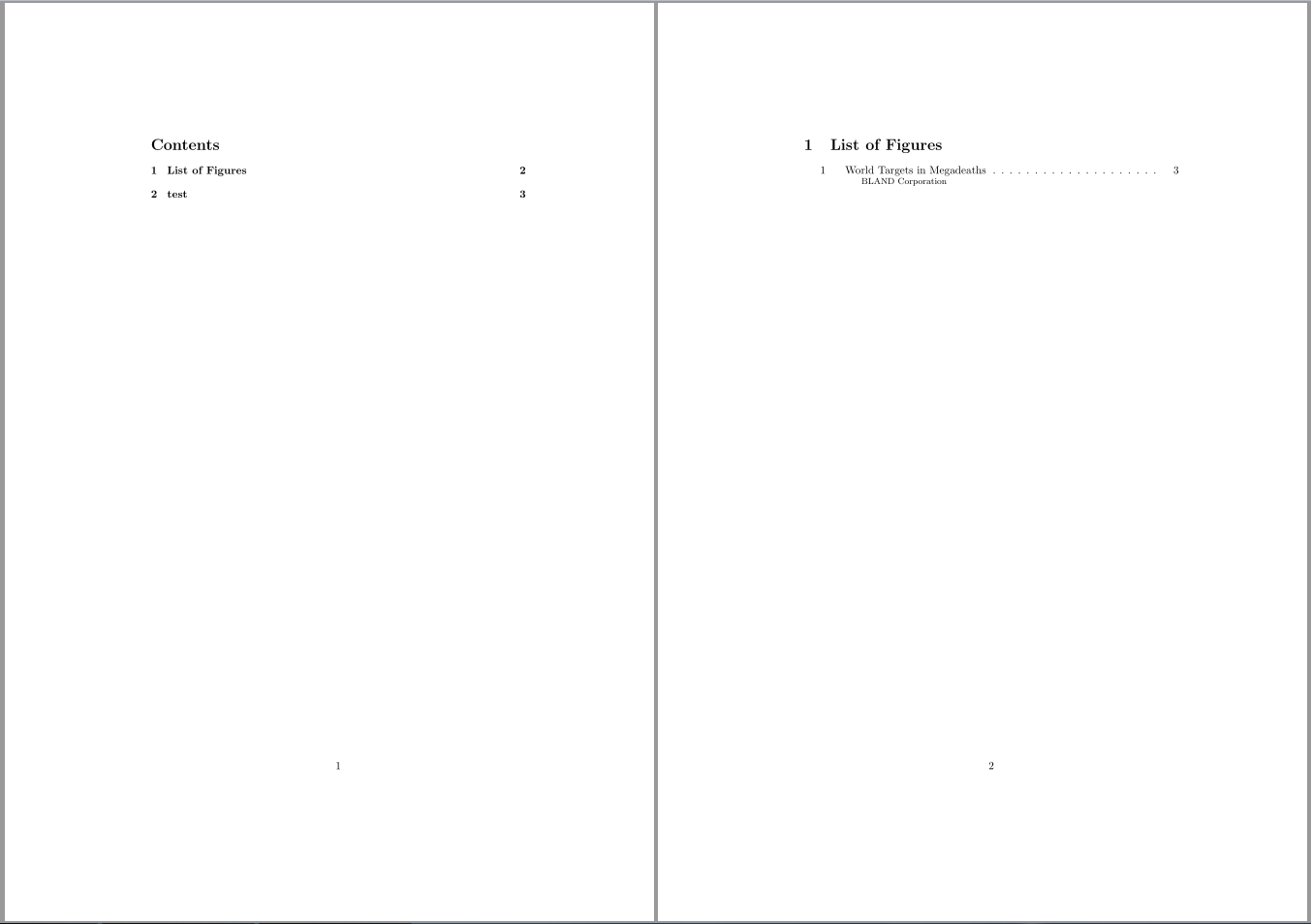 Not the answer you're looking for? Browse other questions tagged table-of-contents numbering tocbibind or ask your own question.

4
How to embed the list figures into the document's main ToC without bad effects on the PDF ToC
2
Adding Blank Space in the List of Figures, List of Tables, and Table of Contents
4
List of Figures - Continued
2
Correct font in table of contents for list of figures using classicthesis
1
Add dot after the figure number in List of Figure (LoF)
0
Numbered table of contents/figures while using tocloft
0
How to add/include the title of custom "new list of" on the toc