Torus with semi-dashed line in TikZ

Is there a simple way to produce in TikZ a two-torus rounded by two circles, each with the non-visible half dashed, as in the sketch? 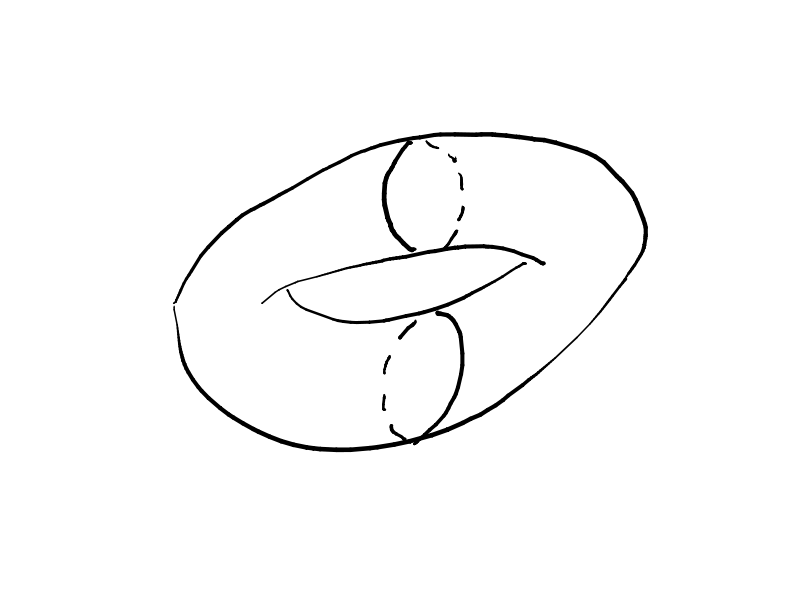 As you may or may not have found out, tori are difficult to code precisely on a 2D surface (because it is a projection from 3D). In that spirit, I drew your picture as it is, just by trial and error, finding the right lengths. It's definitely not a clean way to do it, but I think it works for difficult pictures like this. No extra TikZ packages are needed. Here is the code: 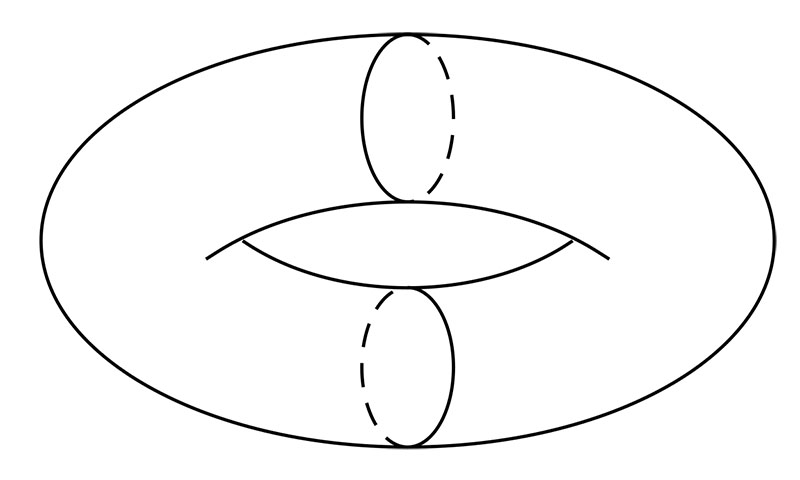 Some things I am displeased with in my code:

Conclusion: I have a bad (but visually OK) solution for a simple (but code-wise difficult) drawing.

4
Drawing Torus with semi-dashed line on it
61
How to draw a torus
54
3D helix torus with hidden lines
13
Drawing the contour of a 3d torus
5
Is there an efficient way to draw torus knots and related ''complicated lines'' (simple shapes, but on nontrivial surfaces) in TikZ?

61
How to draw a torus
13
Drawing the contour of a 3d torus
36
How to plot a lattice of points on the surface of a torus?
6
TikZ zero-width line with dashed line
5
TikZ: double line, one dashed?
2
TikZ drawing (half-dashed circles in different planes)
1
Drawing a 3D plot of a lower half of a torus
2
Plotting a knot on a torus
4
Square-tiling a torus