ConTeXt: Hyphens for sequential page numbers in an index (register)

Page numbers in an index are often formatted using hyphens for references on consecutive pages, such as:

I would like to produce the behaviour of hyphenated page numbers using ConTeXt, however the example code produces: 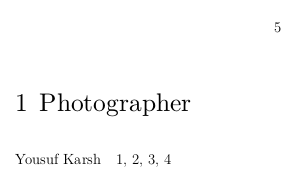 I thought that it would produce 1-4 instead of 1, 2, 3, 4. The documentation describes two "tricks" to accomplish this feature:

How do you collapse page ranges in ConTeXt when you don't know where the first and last references are inserted into the document?

The option you need is compress=yes which compresses consecutive entries into a range with hyphen.

As a side note, generally a \definesomething takes the same arguments as \setupsomething, so you can shorten the example:

Not the answer you're looking for? Browse other questions tagged context indexing or ask your own question.

8
How to produce a combined index from multiple documents?
1
ConTeXt: Custom register formatting
3
Occasionally wrong page numbers for index entries
4
ConTeXt: How to collapse two sequential page numbers to “f.” in index (register)
3
Custom Ordering for a Index (register) in ConTeXt
2
Tell the ConTeXt index which occurrence is the defining one
2
How can I define an new index command that works better for paragraphs?
1
Indexing — page ranges only when explicitly requested?