I have to typeset a document which contains several dozen lists which are already numbered. For various reasons, I cannot use LaTex's enumerate automatic numbering feature for these lists--the numbers have to be entered manually. Nevertheless, the list format has to be maintained. I have used the mdwlist package to cut down on the extra spacing that LaTex adds to lists.

The lists then have both a bullet (added automatically) and a number (entered manually). What I would like to do is simply remove the bullet while keeping the other spacing aspects of the list. 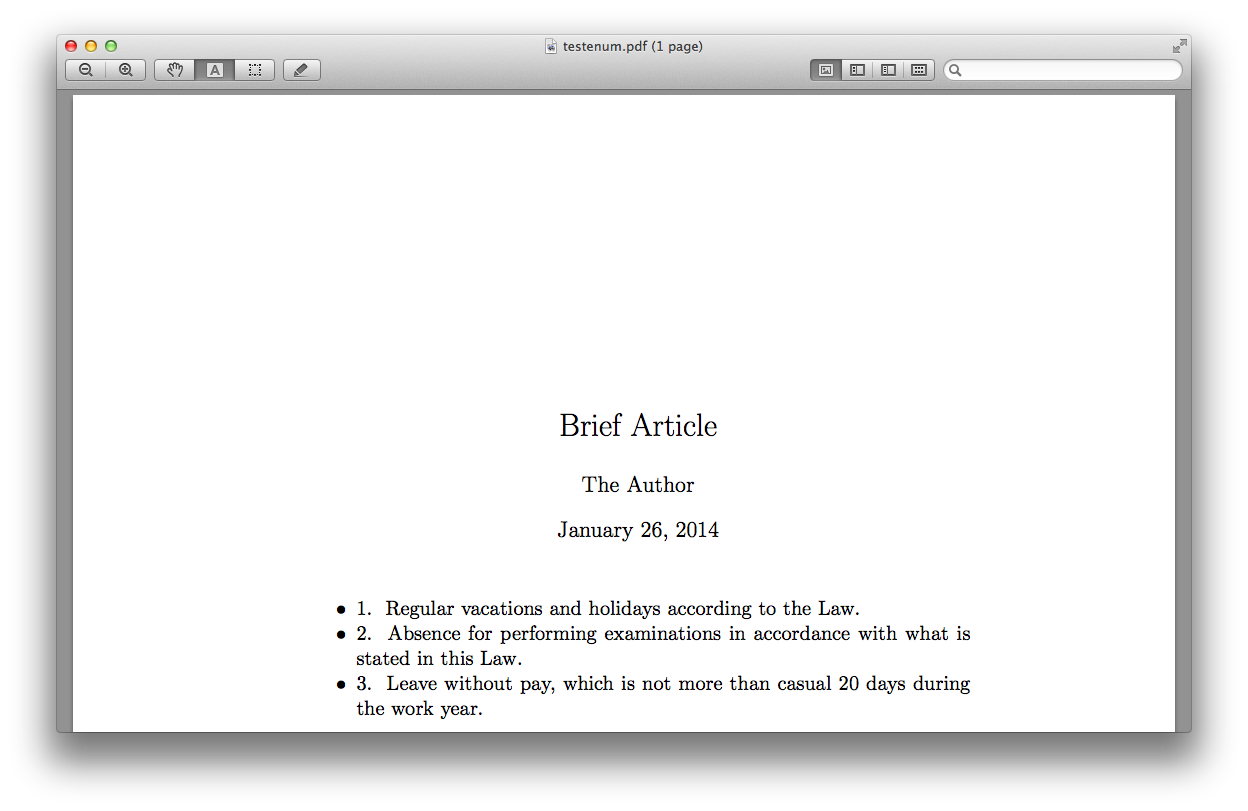 Thank you. All of these answers were very helpful.

I agree that it's kind of an odd requirement--the problem is that I am typesetting legislative statutes and sometimes they are incomplete, contain errors in numbering and these errors have to be preserved. Also, for maintenance purposes it's useful to turn off automatic numbering. There is a German package--jura--designed for German legal typesetting and I have a feeling it has a way around these issues, but unfortunately the lengthy documentation is in German only.

You can use enumerate* instead of itemize* for numbered lists. Also the numbers can be added manually:

I don't know why have such a strange requirement, but you can simply redefine the itemize label (\labelitemi) to be empty. 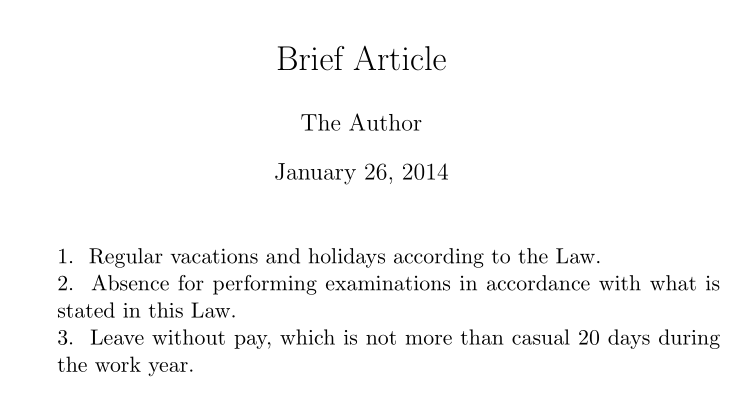 How about having the freedom of adjusting the spacing by yourself? Use enumitem:

If you are tied to using itemize

Advantage of enumitem is you can adjust many other spaces neatly by yourself.

Not the answer you're looking for? Browse other questions tagged lists itemize or ask your own question.

40
Remove space around bullet points in itemized or enumerated list
3
Enumerate and itemize undefined + captions not working
17
aligning a multiline formula with the bullet of itemize
32
change the itemize from bullet to square
5
Change list bullet style independently from each other in ConTeXt
2
Specific bullet list
7
possible memoir bug with font sizes and \tightlists
4
How to remove bullet from cvlistdoubleitem?
5
itemize - alignment of custom bullet symbols
6
Remove bullet and leading space before list item