Package "comicsans": How to prevent setting of default fonts [duplicate]

I'm using the comicsans package and I noticed that it automatically changes a lot of default fonts to comics.

I was wondering if there is some command to restore everything to the default fonts?

The problem is the comicsans package change a lot of font families, so I would like to avoid setting everything manually to the right font (actually I don't which are the default fonts for book document) and use comic font only for few paragraph where it is needed.

The best would be, if you’d avoid loading the package. And also it is a bad idea to use this font for longer text parts. Comic Sans once was developed for Comics – hence the name – where the text is usually short. In my eyes it is depending on the context sometimes tolerable in headings, for instance in texts for children. On the other hand it is over used. See also Comic Sans Criminal - There's help available for people like you!.

Instead do one of the following things:

Some links at the end, if you want to change the titles:

It is most easy with KOMA-Script classes, cf. KOMA-Script: change font of sectioning headings to serif. 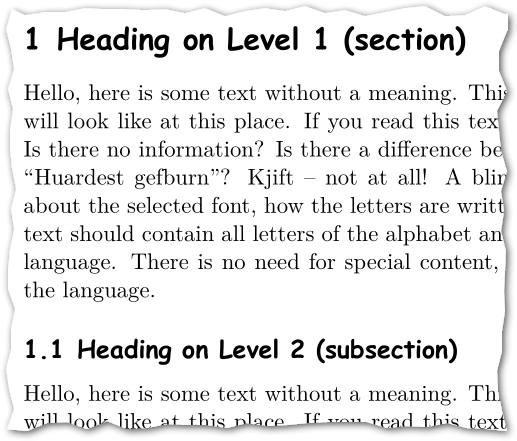 For memoir see this for a start: Changing font size of chapter headings the same as that of section and Is there an easy way to change the font and size for Chapter Heading in Memoir?.

533
How do I use a particular font for a small section of text in my document?
152
Change size of section, subsection, subsubsection, paragraph and subparagraph title
108
Create a local texmf tree in MiKTeX
34
KOMA-Script: change font of sectioning headings to serif
9
Is there an easy way to change the font and size for Chapter Heading in Memoir?
10
Installing the comicsans package to MiKTeX
3
Changing font size of chapter headings the same as that of section

105
What best combination of fonts for Serif, Sans, and Mono do you recommend?
7
Missing Fonts on OSX
4
How to use text within math as a macro without it being subject to \emph
3
Can't get kerkis work properly
2
Title Page and more
0
LyX with XeTeX refuses to use the italics version of David CLM
1
Randomly reusing a custom font for the same letters (On first iteration use custom font no 1, on second iteration use custom font no 2, and so on)
2
Controlling both main text and math mode fonts