Editors such as "Gummi" show a split-screen with the LaTeX source code on the left, and a preview of the later document on the right. However, having a substantial paper margin makes editing more tedious due to the extra scrolling and the fact that the "Fit Page Width" scaling is not suitable when working with small screens.

For editing documents with a wide variety of document classes, which are often publisher-dependent, it would be nice to have a simple way of removing the page margin to 1 or 2 millimeters.

Is there some package for LaTeX that can read the current page layout settings and modify them accordingly, so that the publisher's layout stays the same? Of course, this could be done by defining the page geometry by hand, but this is relatively tedious as it would have to be done for every style file separately. In principle, shouldn't it be possible to have a package doing that for the user when being included?

Surely, the effect can be obtianed using "pdfcrop" or similar tools, but that slows down live preview considerably, not mentioning that some editors (such as "Gummi") do not support customizing the build command.

Edit: Here is an example for which tohecz's easy-to-use solution unfortunately does not work due to a "Package geometry Error: \paperheight (0.0pt) too short.":

Without the second line, the TeX code compiles file. The class file can be downloaded from http://acm.org/sigs/publications/sig-alternate.cls

In the following, I do exactly the "tedious approach". I modify the physical page size and layout offsets (by altering \pdfpagewidth, \pdfpageheight, \hoffset and \voffset) without changing the publisher's layout itself.

While it is true that the actual numbers are highly class-specific, it is generally just two or three tries until one has found them.

Well, you can add to your preamble the following line:

It will make a custom-sized page width, but preserve the set-up textwidth, and the page will have just very small horizontal margins. Similar tricks can be used for vertical margins, but it's more tricky because of headers and footers, so for that, one would actually need to know your exact settings.

You could be interested by the package fullpage which enlarges the text width. 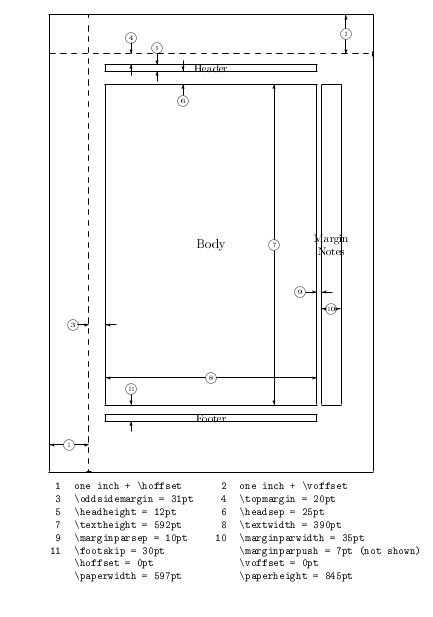 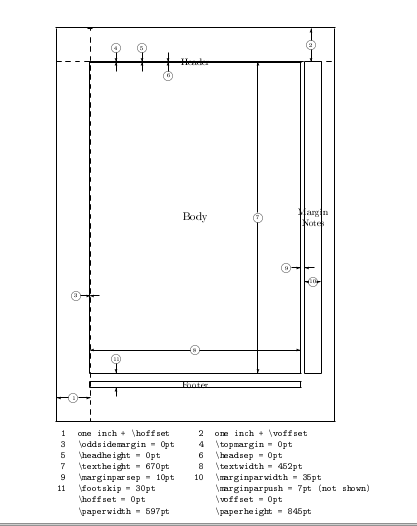 There is also the savetrees package which is designed for using less paper when printing. This package reduces the margins like fullpage but go beyond that and packs as much text as pos­si­ble onto each page. For example, the titles are in smaller fonts with less vertical space between them.

A "fully automatic" solution is difficult, a document might use headers, footers, marginal stuff, ...

Therefore the example uses the layout conventions of the used class sig-alternate: 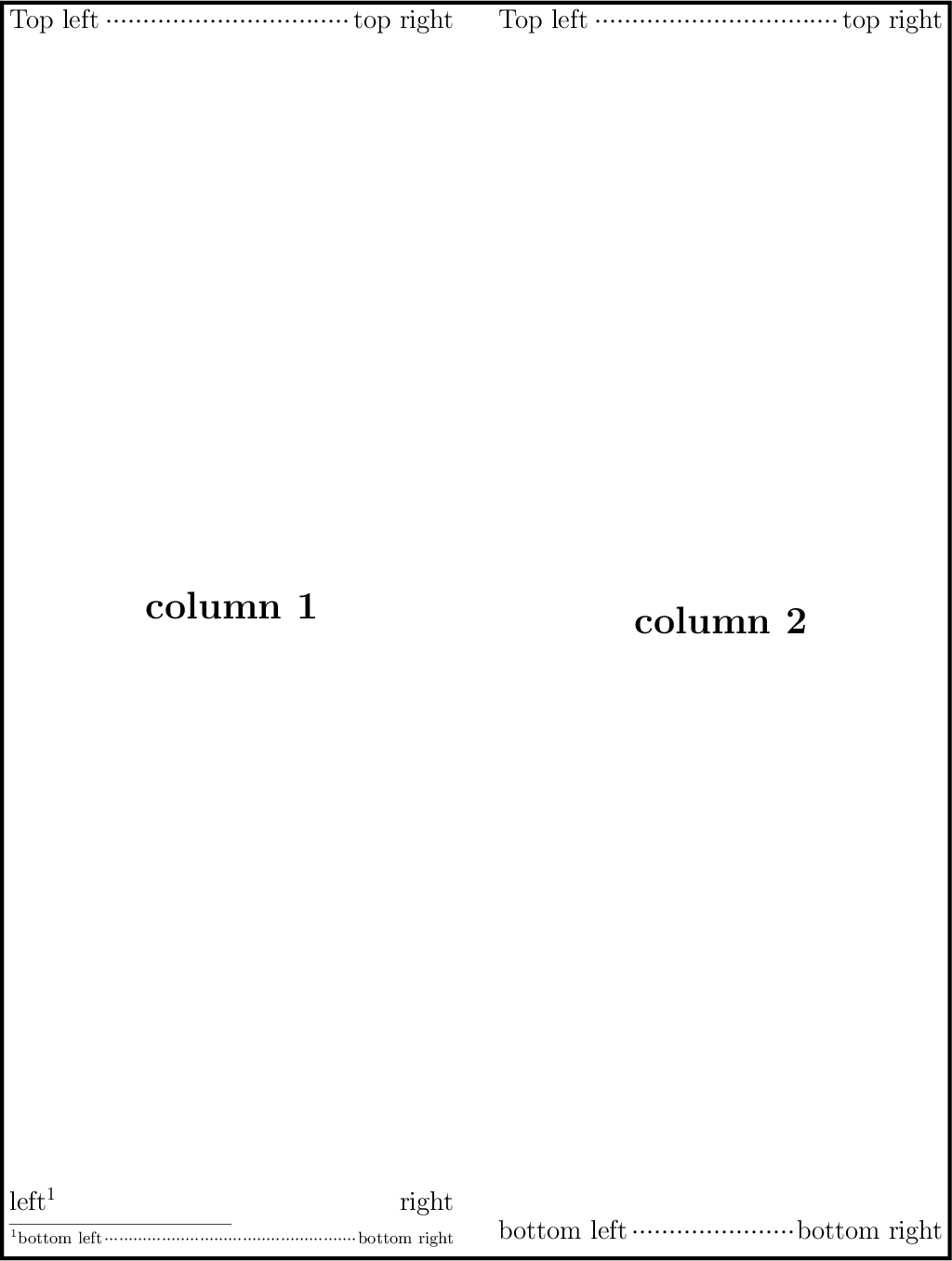 Not the answer you're looking for? Browse other questions tagged packages margins or ask your own question.