I am writing a beamer and use

I have also this problem when using the fonts Beamer loads by default (Computer Modern sans serif). If I use their Latin Modern equivalent, it works fine:

Unfortunately, the font used for \mathit doesn't have a pound symbol in it. As Barbara Beeton explains in her comment, the OT1 encoded font use only 128 slots, so there's no space for a pound sign, which, in math mode is emulated using math italic.

The simplest solution is to switch to T1 encoding, but also setting \mathsterling to use the right slot (this is done automatically by lmodern): 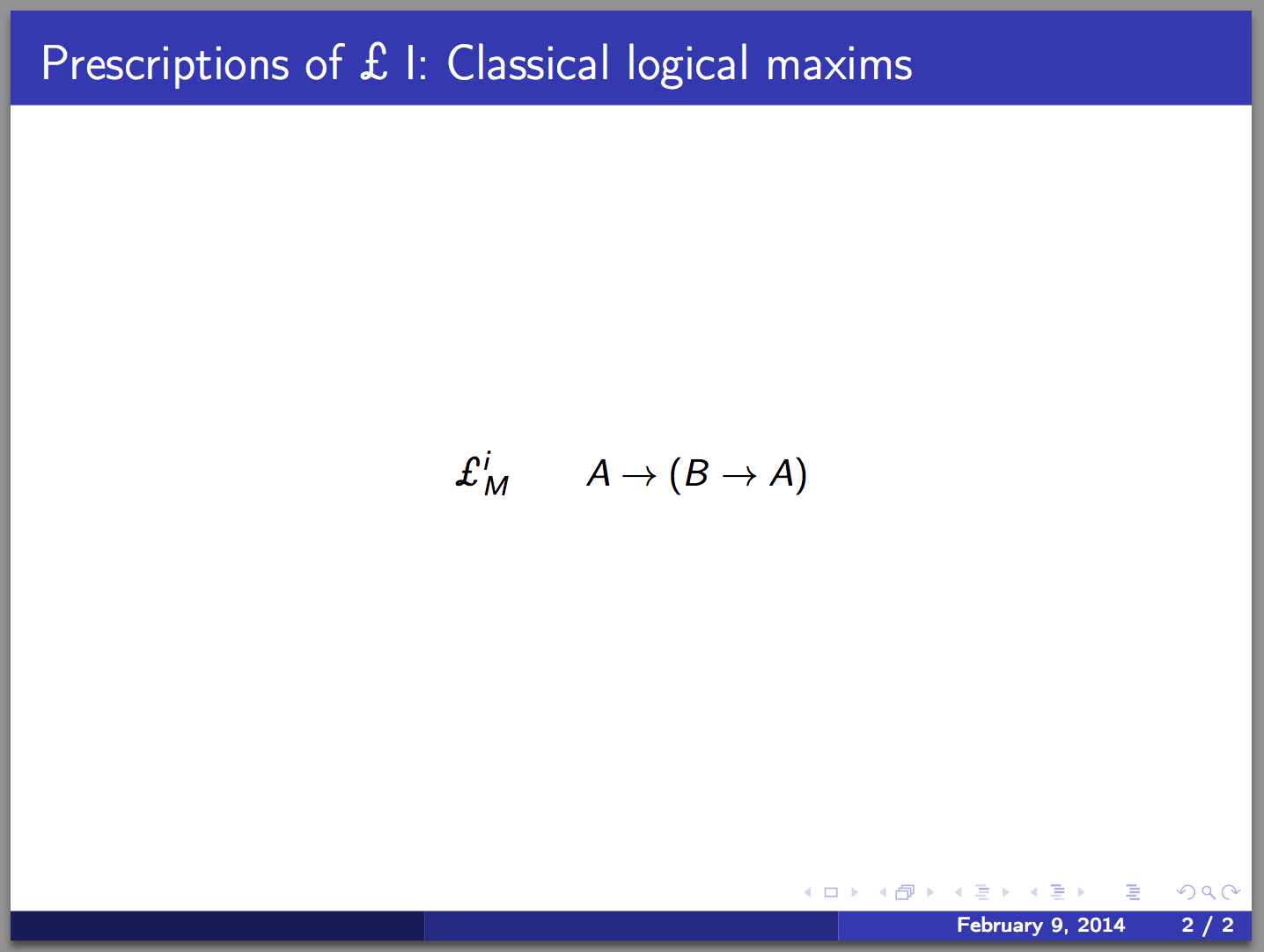 Avoid the syntax \frame{...} which is cumbersome and risky, because the closing brace is difficult to spot. It's preferable using

that's not allowed by the other syntax.

It's also not a good idea to redefine \L. Never use \def if you're not sure about the command to redefine. Prefer a command name such as \cL, for instance, that's as easy to input and, perhaps, also more semantically sound.