sidewaysfigure: how to suppress rotation in pdf output

I am using sidewaysfigure from the rotating package.
The orientation of the figure is as desired for the double-page layout.
In the pdf (generated through Latex->PS->PDF), the page is rotated so that when viewing the file, the reader can see the figure in its correct orientation.

However, when I want to print the document the page is not rotated when using duplex printing. Instead, I get a shrunken page which is rotated by 90 degrees.

EDIT
Here is a minimal working example that illustrates my problem:

The second page will be rotated counterclockwise (as expected), but will also be printed in this orientation: 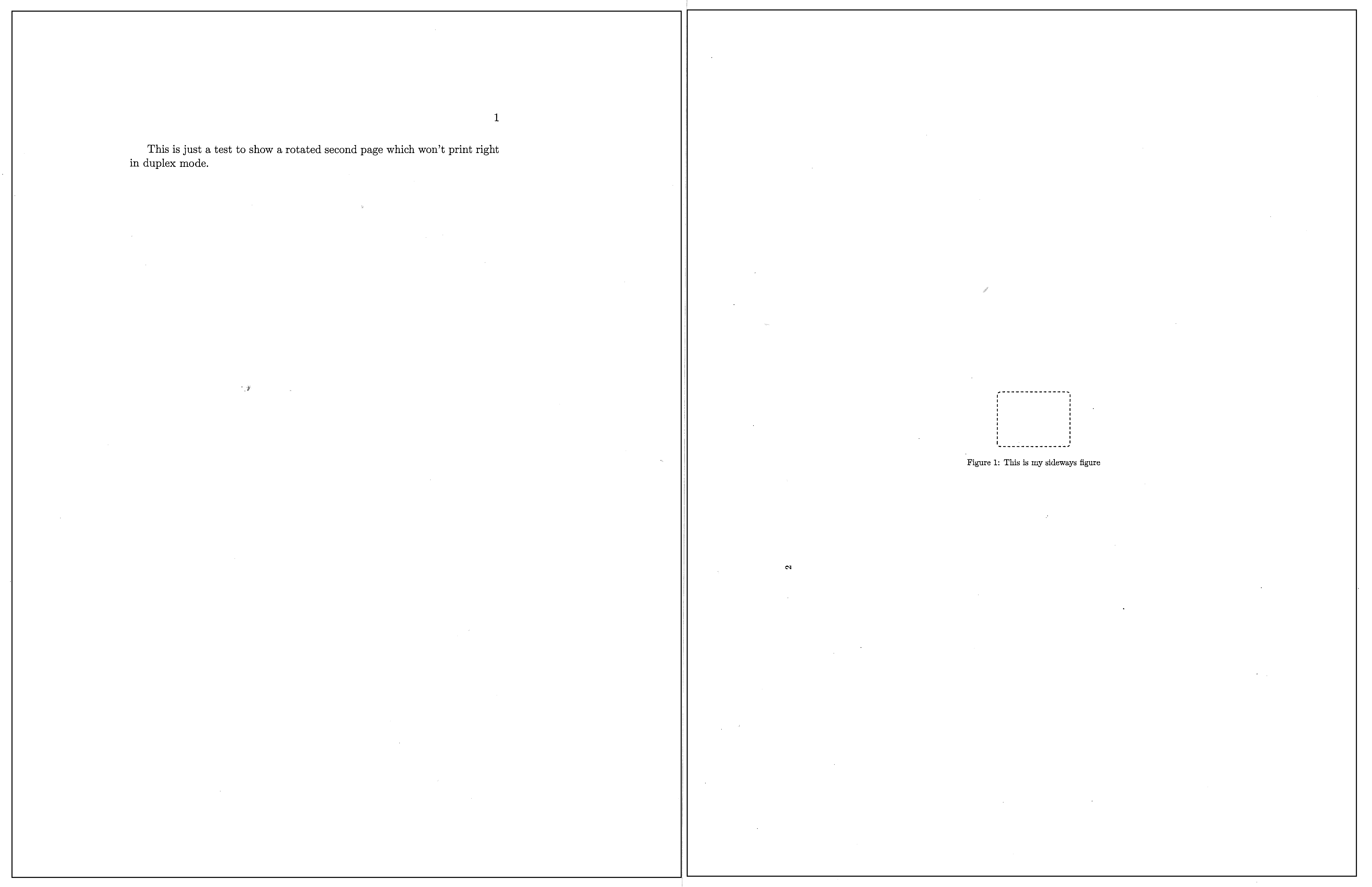 How do I suppress the rotation of the page (not of the figure though) in the pdf-document that is created by Latex?
That way, I would not have to worry about any printer settings.

I've encountered a problem like this before, and for me it was something that happened in the pdf conversion: my own .ps files looked fine. It was solved by running ps2pdf as follows:

(where filename.ps is replaced with your postscript file)

I tried this with your MWE, and I went from the pdf displaying the rotated page, to all pages oriented in portrait mode.

Not the answer you're looking for? Browse other questions tagged floats pdf rotating printing or ask your own question.

25
Rotate single PDF page when viewing
18
sidewaysfigure and landscape
2
Compile latex to pdf directly, skipping ps
0
sidewaysfigure with non-rotated section-title
3
remove headers on pages where there is a sidewaysfigure
0
flip all sideways figures
1
I want my rotated figure captions to be facing outwards