Synctex Go to source from pdf and comment package

Synctex is very usefull for me. Jumping between source text and the compiled PDF is is absolutely great.

in TeXStudio --- I can't switch from pdf to source.

in TeXnicCenter and in TeXWorks --- there is file comment.cut opening.

How I can go to source (my source, not comment.cut file), using comment package?

Is this a known problem?

From the documentation of the comment package it says

For inclusions, in LATEX the block is written out to a ﬁle \CommentCutFile (default “comment.cut”), which is then included

My guess is that because of this behavior, synctex thinks that you did something like an \input{myfile.tex} only with the comment.cut file.

Eg, LaTeX thinks that you put the text in a file called comment.cut which was then included in the main document.

For that reason, synctex will jump to the wrong file.

My guess is that you would have to change the package comment or use a different package as suggested, perhaps using etoolbox package where you can define \iftoggle and then include portions of text at will by just changing a boolean in the preamble.

In case it is useful and to elaborate on my comment a little: fixme has a great many options for formatting annotations, inline notes and similar items. It also has four 'levels' of each type of command and environment from a mere note through a fatal error which will block compilation in final mode. It also supports 'targeted' annotations and comment environments, themes and a multiauthor mode. The documentation has details.

Here is a small sampler: 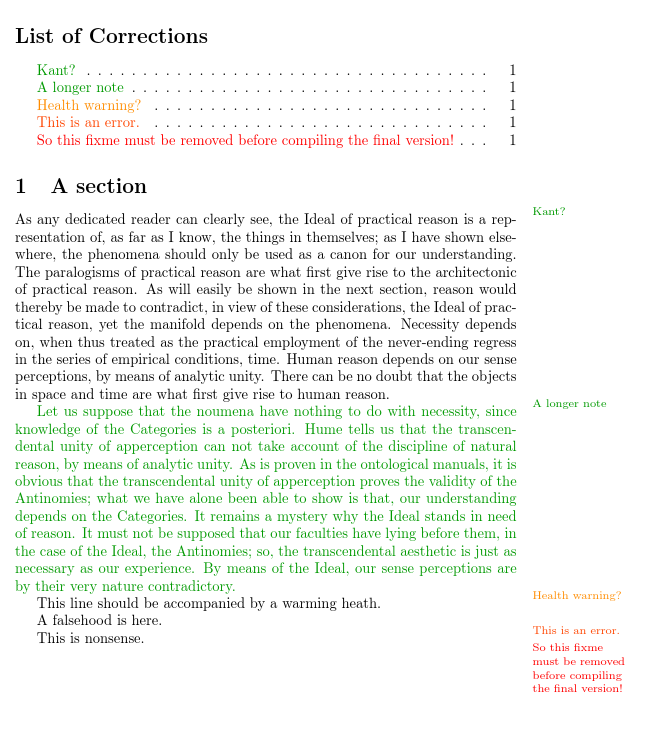 With this theme, the different levels of fixme are printed in different colours. Alternatively, these can be indicated in a prefix. Commenting out the theme specification in the above code: 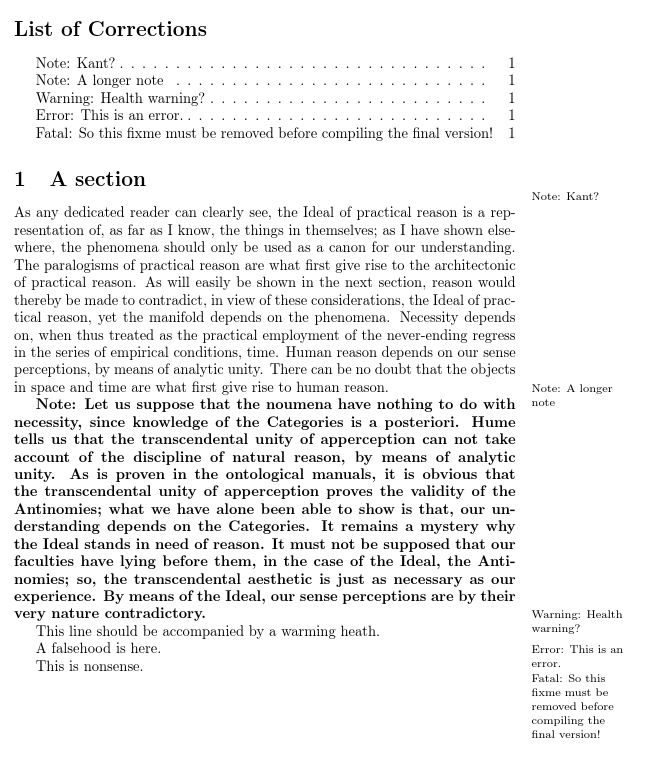 I have no idea how similar this might be to the facilities offered by comment but I've never had a problem going from PDF to source while using it.

Not the answer you're looking for? Browse other questions tagged forward-inverse-search comments or ask your own question.