Why do colours defined using CMYK give inconsistent results in TikZ mindmaps?

I was trying to draw a mindmap using the tikz mindmap library for possible use in a beamer presentation.

This code demonstrates the problem. The first map is straight from page 662 of the manual and works fine. The second map is just like the first except that the colours used are different.

There are two problems: 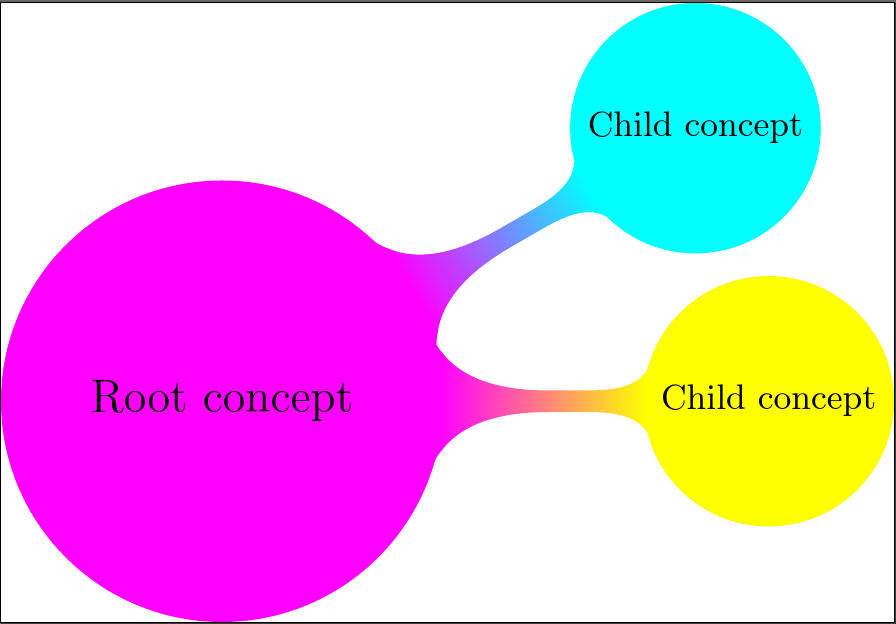 Why exactly does this happen? Can it be avoided without redefining colours as I did in the workaround?

I fear this question is surely a duplicate but searching has so far turned up nothing especially enlightening. I have found threads suggesting that TikZ may be converting colours from the CMYK model to RGB but while that might explain the colours not being quite as expected, it doesn't explain the inconsistencies.

With the package xcolor (required by tikz and beamer), you can:

To always use RGB colors, pass the rgb option to xcolor:

As beamer requires xcolor, you must pass this option before:

Since version 3.1.3, tikz supports CMYK shadings, so the MWE below will work without loading pgf-cmykshadings.

In the following MWE, the first mindmap is in RGB and the second in CMYK. Both have consistent colours!

Not the answer you're looking for? Browse other questions tagged tikz-pgf color mindmaps or ask your own question.

11
Tikz, mindmap, and nodes - control over node radius
128
PDF colour model and LaTeX
6
CMYK ConTeXt colors in TikZ
4
Assigning colours based on the three dimensional position of objects in a tikz environment
7
How to specify a direct color in a tikz picture
3
How to perform correct manipulation of child?
3
Graph: Create root with more than 5 children and different sizes and colours
5
How to color tikz mindmap nodes by y-coordinate