Lyx on Mac inputs diacritical marks instead of punctuation marks

I've just installed Lyx 2.0.7.1 on Mac OS X (Mavericks) and when trying to type in Lyx, some keys behave irregularly. More specifically, typing some punctuation marks on my keyboard (such as period, colon, question mark and semicolon) does not result in those characters being inputed. Instead, diacritical marks (accent marks such as á) are inputed instead. This problem only occurs when I'm NOT in formula mode. My Lyx keyboard map is american (I've also tried american-2) and my keyboard layout in Mac OS X is U.S. (I've also tried U.S. PC). I also have hebrew on both my mac and Lyx but the problem happens when I'm in English on both.

EDIT: update. I've realised now that pressing the keyboard key twice actually produces the desired key. For example pressing period twice types period whereas pressing period and then a produces ȧ. Similarly, pressing SHIFT+semicolon/colon key and then semicolon/colon again produces colon etc. Still no explanation though as to why this is happening. Can't find any mention of it online

Ok, I know that I'm pretty late with the answer, but I just bumped into this problem. I solved it by changing the primary language (under preferences-> editing-> keyboard/mouse) to null 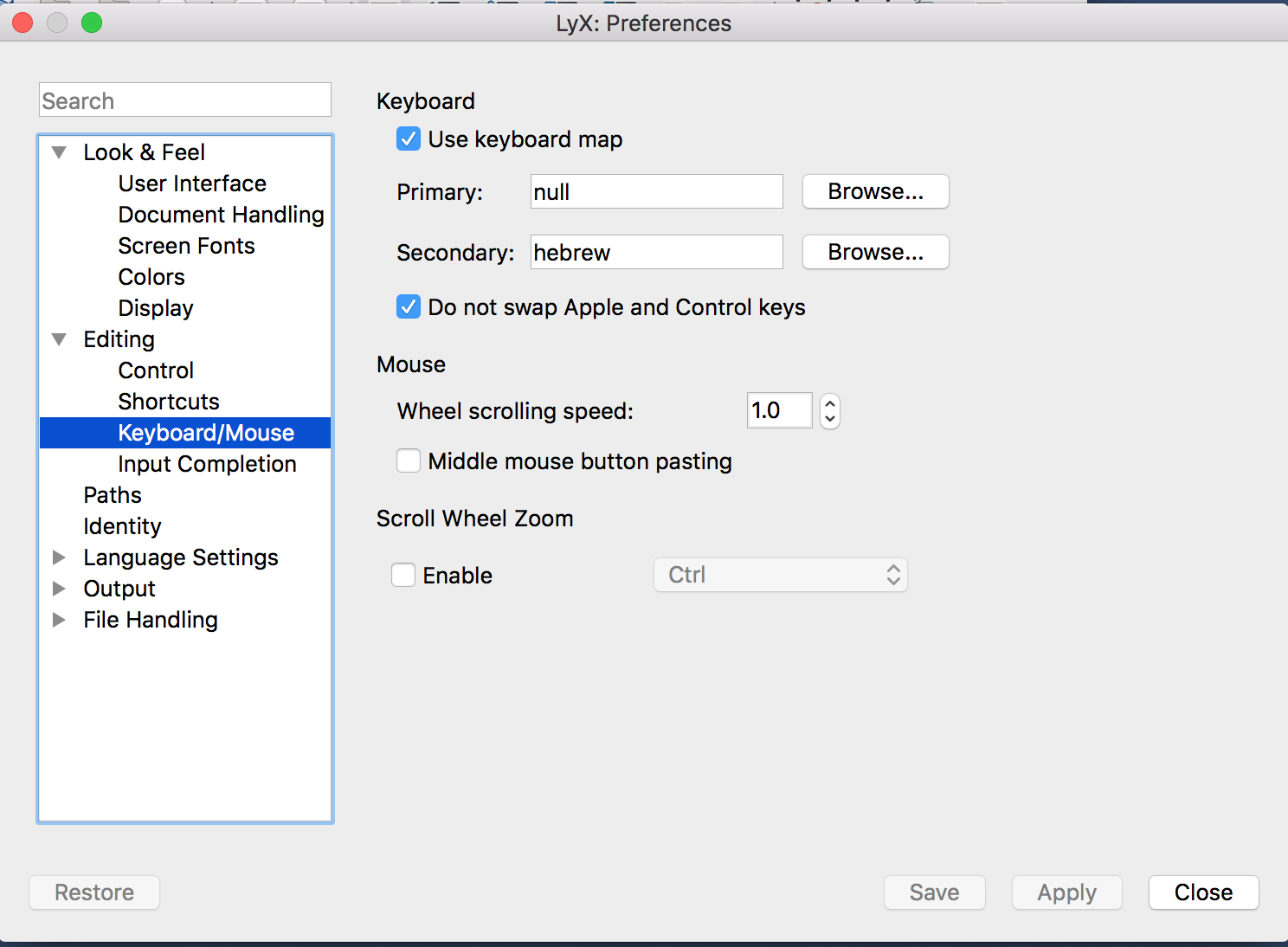 Not the answer you're looking for? Browse other questions tagged lyx keyboard or ask your own question.