I want to magnify part of a picture with the TikZ spy library; however, with a scope for using relative coordinates like in #9561 Drawing on an image with TikZ. Provided I'm using the image tux.png - consider this MWE:

It produces this image: 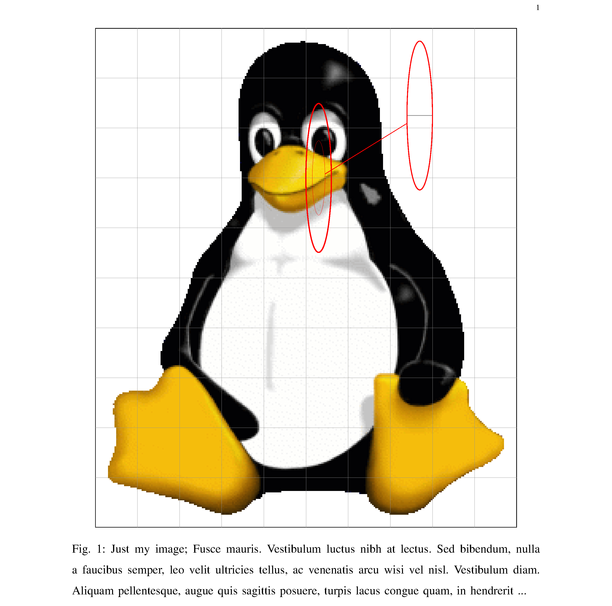 Can I use this kind of a setup of \includegraphics and scope inside a tikzpicture, but still obtain a proper \spy, expressed in relative coordinates - and if yes, how?

Ok, think I got something for now - hopefully someone will post a more correct answer eventually, though. Anyways, with the code below, I now get this: 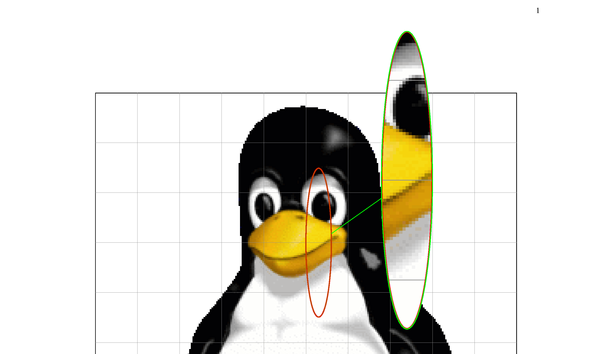 With that in mind, below is the modified portion of the MWE in OP that makes it work (only the document part without preamble, as changes are made only there). Note that \magnif is where the magnification is now stored; and since \spy seems to choke on expandability of lengths, lengths are \def'd instead (and \global\def'd at that, otherwise \spy cannot see them); and finally, with all this, now I have no idea what controls the line width of the "peeker" anymore (but I can control the line width of the indicator node, which works just as well). Anyways, here's the code:

Not the answer you're looking for? Browse other questions tagged tikz-pgf graphics spy or ask your own question.

487
Drawing on an image with TikZ
41
Is there an equivalent of lipsum for shorter sections of text?
28
Magnifying part of a picture similar to TikZ spy library
10
Expanding (edef) a lipsum command?
15
How do I set global lengths in TikZ?
2
Using the TikZ spy library to spy on a pixel value in beamer

14
Rotate a node but not its content: the case of the ellipse decoration
18
How to define the default vertical distance between nodes?
16
Numerical conditional within tikz keys?
17
TikZ: Drawing an arc from an intersection to an intersection
9
Line up nested tikz enviroments or how to get rid of them
2
LaTeX Tikz: Compare two \def arguments
8
How can I draw angled lines in LaTeX to create ruled template for calligraphy?
3
Arrow between BTrees
1
How do I change the radius of circle in a node in tikz style?
2
Document header with tikz