Cramping up overset and underset

When typesetting inline equations, I used to force display style to get limits below, because I deemed the inline style with sub/superscript limits to be absolutely appalling, which I still do, and because I was totally unaware of the \limits command. Right now, I still do that because it enlarges symbols like \sum, making them look better. However, it has been pointed out to me that this distorts line spacing, and I've come to agree the effect is almost as bad-looking as the inline style. An example I'm dealing with right now is the following, with a \bigoplus:

So my idea has been to use \underset, reduce the size of the limits by \scriptscriptstyle and then raise it, so as to cramp it up with the \oplus as much as I can without getting too much "side effect" from the cramping. With the code:

where \scb is \scalebox, \vsp is \vspace, \ssst is \scriptscriptstyle and \br{…} is \left\lbrace…\right\rbrace, I get the following:

I'm sure you'll agree it's already much better, but I want to make it even better. Trouble is:

The code above does that, only because I tried that, and raising the whole by 3pt and lowering the \bigoplus by 2 gets the \bigoplus a little higher which I like, and removing the raising of the limit would require fixing the \vspace, so I'm giving the code typesetting exactly to the picture. So naturally the question is: why do the things in points 1) and 2) happen and how can I get the limit actually closer to the \bigoplus?

PS I'm fully aware that having an ascender below the limit messes the whole thing up, but that's something I'll get to later.

Of course, the subscript can be moved to the symbol, but it still affects the line spacing, because the depth remains too large. The following example compares three variants: 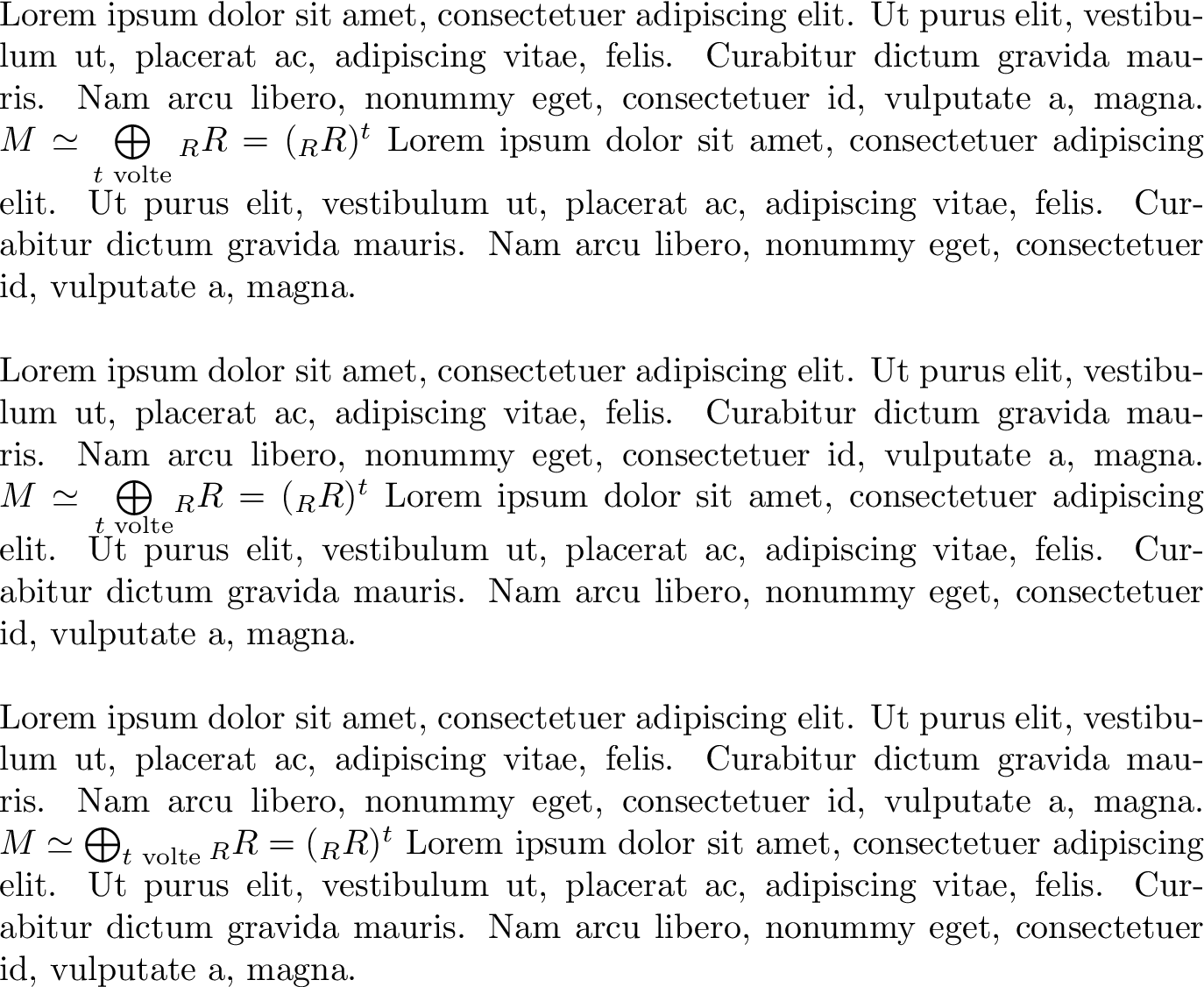