I am using the memoir class and I have two subfigures of different width that I would like to lay out vertically. Ideally, these two subfigures should be aligned so that

How can I achieve this? The code below can work as a starting point.

One solution would be to compile the figure as a separate file using standalone. I wish to avoid that.

You can use the varwidth environment from the package with the same name. 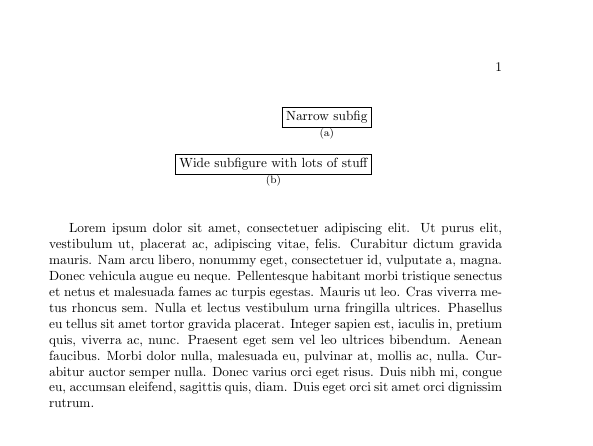 I took my answer at Looking for three images on top of each other with text underneath each, changed the figure (rule) widths to make them different, and added a [r] optional specifier to the \Shortstack for right alignment. The cited answer explains how the use of the \subcaptionbox variant in conjunction with a package like stackengine can allow great flexibility in the figure layout. 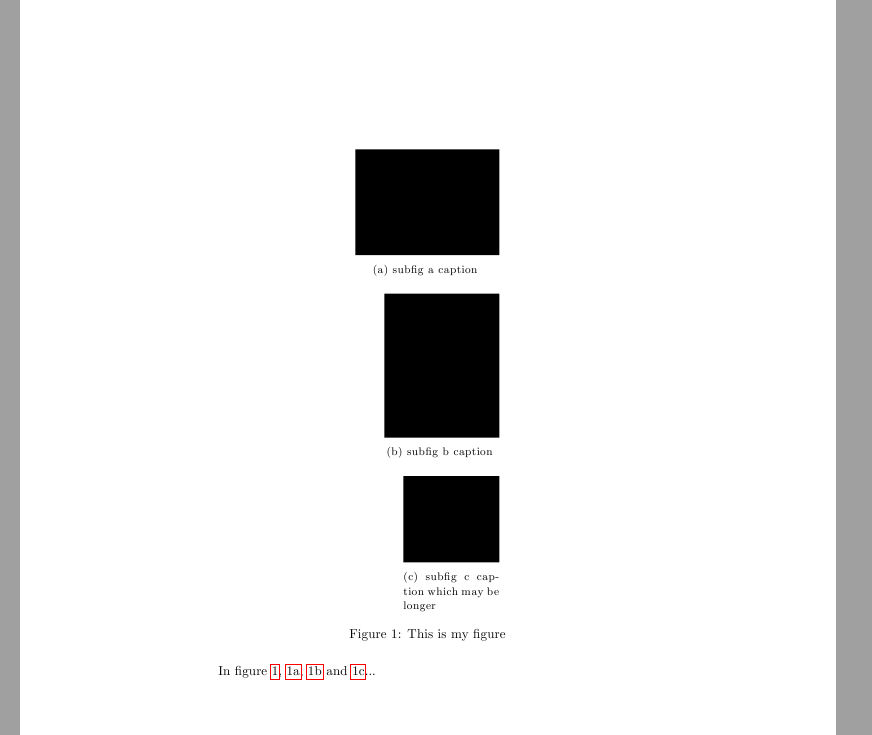 To amplify on the flexibility I tout, one merely add the specifier \def\useanchorwidth{T} anywhere prior to the \Shortstack and the bottom (narrow) image of the stack will be centered (rather than the widest image), with the others protruding left: 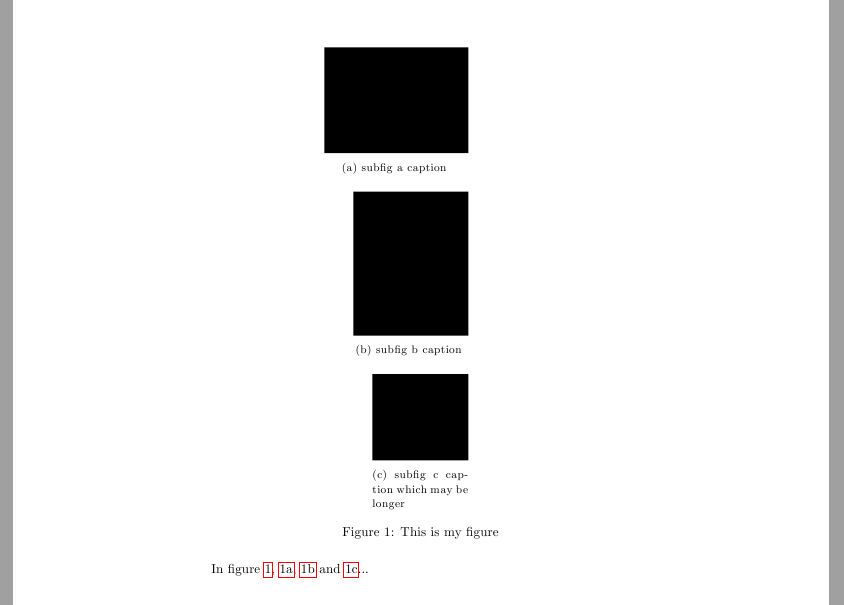 Not the answer you're looking for? Browse other questions tagged horizontal-alignment memoir subfloats or ask your own question.

2
beamerposter subfigure
20
Top-aligned subfigure with bottom-aligned caption
1
Horizontal alignment of subfigures in PGFplots
2
Poor subfigure and subcaption alignment
0
\begin{alltt} inside subfigure in llncs
3
Arranging multiple subfigures beside and above each other
1
Subcaption environment failed. All figures containing a subfigure crashing all of a sudden
0
Incorrect subfigure identifier using hyperref and subbottom in the memoir class
0
LyX to LaTeX conversion issue with [Figure] and [Subfigure]