I have a friend who uses me for LaTeX support. He isn't very tech savvy but likes LaTeX and so I help him out when something he needs to do requires more than the standard stock of macros and environments.

We like to play pranks on each other. I had the idea to prank him the next time he ask for LaTeX help by doing something relatively benign and easily reversible that would noticeably alter the PDF generated--- or do something else noticeable in normal (La)TeX usage, like prolonging compilation ---in an unwanted fashion where the source of the problem would be hard to detect (so it would be a case of code-trolling, I suppose). I'm not very good at LaTeX myself, though, and so thought about asking for creative suggestions from the TeXperts.

How can I give my friend a (La)TeX related hard time?

Add to their aux file the following code snippet, which is a quine. When the aux file is \input at the start of a LaTeX run, the code here will build a copy of itself and write it in the aux file for the next run. Additionally, it will run the code contained in \toks2 below. For instance, the code I chose increases the indent size at each paragraph, but only if TeX is run on an odd minute: results depend on when your friend compiles.

After one run, the aux file will contain the following condensed version (in a single line)

and subsequent runs will leave the same condensed version (again in one line).

Let's see what happens in detail: within a (simple) group, the token register \toks@ is set to some value, then its contents are used. What do those contents do? There is a test to check whether we are reading the aux file at the start or at the end of the run: \@nodocument is \relax in the second case and we do nothing. Then the toks register \toks2 is set to the code you actually want to perform. The following \edef\x{...}\x construction expands the ... to

then performs that code. \AtBeginDocument will run its argument a bit later, once LaTeX is again ready to write in the aux file (currently it is reading it). So, once LaTeX is ready to write to the aux file, it performs your code (which was stored temporarily in \toks2), then stores the <contents of \toks@> back into \toks@ (this token register may have been used by other code in between), and writes the following to the aux file (remember that \write expands):

This is precisely the original code, which thus ends up in the aux file for the next run of LaTeX.

Hopefully, the code I chose to put in \toks2 is easy enough to follow:

if the time (in minutes since the beginning of the day) is an odd number, then at every paragraph, do whatever was already done at every paragraph, and also advance (increase) the paragraph indentation (\parindent) by 2 points. For instance, say you add the first or second code snippets above to the aux file generated by running pdflatex on the document below. Then the document will be normal if compiled on an even minute, and otherwise will have ever growing paragraph indentation. 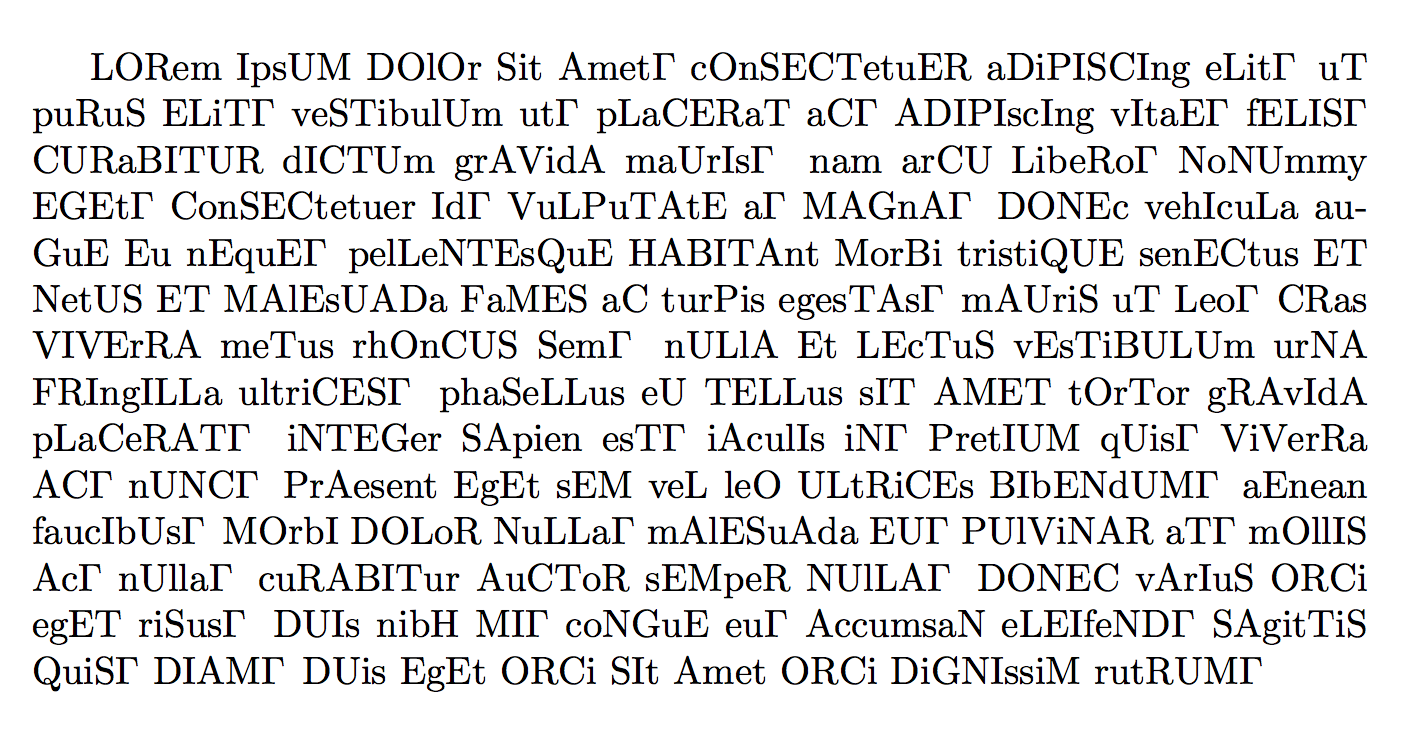 Please follow the instructions after each run, you may be onto something:)

For those who did not dare trying, what it does is producing an error message (here from an emacs tex help buffer), where the page number is random:

and furthermore this message appears after longer and longer delays at the end of each new compilation (the compilation time is of the order of n^2/2 seconds where n is the number of previous runs).

The hexadecimal conversion to obfuscate the code is a bit longish, perhaps one could use hexa numbers just to obfuscate an \input where the file would contain the code below.

The hexa code (with spaces coming from end of lines) does

Also posted as answer as it is too long, but it is only an example of use of Bruno's answer, slightly adapted due to complications related to the use of #.

This update's variant acts only on every other compilation !:

sorry for the (very) bad formatting, anyhow putting this on top of the aux file, will have the effect that the TOC will be printed in reverse. Initial aux file:

Posted as an answer instead of a comment as the code is too long. Based on Bruno Le Floch's answer, with a little twist hinted at by egreg in the chat.

Add this to your aux:

If you compile this with pdflatex (or lualatex with the pdftexcmds package loaded) the change in \parindent is reversed every second during the compilation, any other compiler will produce the same as Bruno's code.

Could things get worse than this? Oh yes, they can! Instead of editing the aux file directly (which would be undone by a cleanup of the build directory) let's tweak the executables a little.

NOTE: As Daniel mentioned in the comments below, trolling unskilled people is really mean, so use a bit of common sense to judge who could understand what's going on at a closer look. Also, I take no responsibility whatsoever for lost friends, or permanent distrust against scripts you send ;)

Next time your friend asks for some support send him or her this file as update-tl.sh:

Unfortunately this only works under linux, and is probably easily broken by adding full paths or extra arguments to pdflatex, but the general idea is as follows:

Not the answer you're looking for? Browse other questions tagged fun or ask your own question.

129
How to prolong compilation time while engaging in leisure activities?
0
How can I have a reverse order in the bookmarks